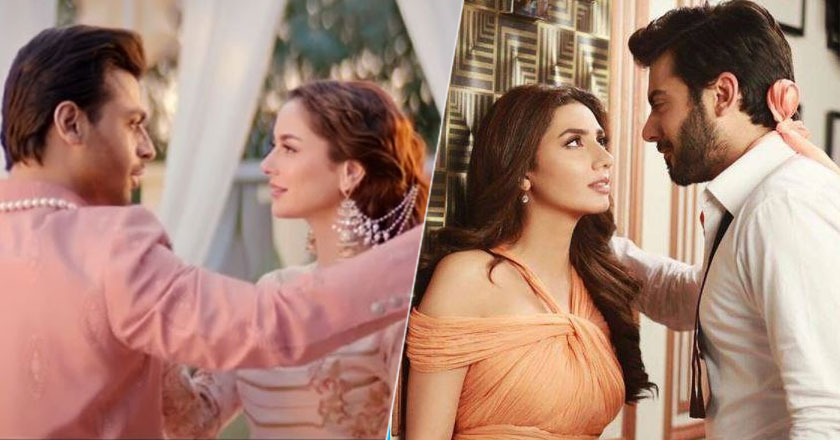 Mahira Khan and Fawad Khan made waves just a decade ago when they starred in the Pakistani drama series ‘Humsafar’, this time around, Hania Aamir and Farhan Saeed have stolen the spotlight with their drama titled ‘Mere Humsafar’.

The story revolves around a girl named Hala (Hania) who is married to Hamza (Farhan) and both are head over heels for each other, but, as we usually see in Pakistani shows the mother-in-law has her own plans to torture Hala.

But, instead of watching the show and taking his mother’s side, Hamza takes a stand and favours his wife, which is something we don’t see every day.

Netizens are now dubbing Hania & Farhan as the new Mahira & Fawad on the streets. Here’s what they have to say:

So years later, seems like Mahira-Fawad couple supremacy has finally been taken over by Hania-Farhan. About time!#Merehumsafar #Humsafar

Moreover, during an interview with a local publication, Hania Aamir opened up about her and Farhan being compared to the iconic duo of Mahira and Fawad.

Yeah, I heard that ‘Humsafar’ had similar secenes too, which is great, I mean that means the chemistry kinda worked, I think, because nobody is still over the chemistry that Mahira and Fawad had, it’s crazy.

Mahira and Fawad’s pairing as Khirad and Ashar from Humsafar has been titled as the best pair on-screen on Pakistani television over the last decade. The two will be seen together in two major feature films this year Neelofar and The Legend Of Maula Jatt.

What do you think of the similarities and chemistry between the Humsafar and Mere Humsafar co-stars?

After Smokey Eyes, Siren Eyes are the Latest Obsession!