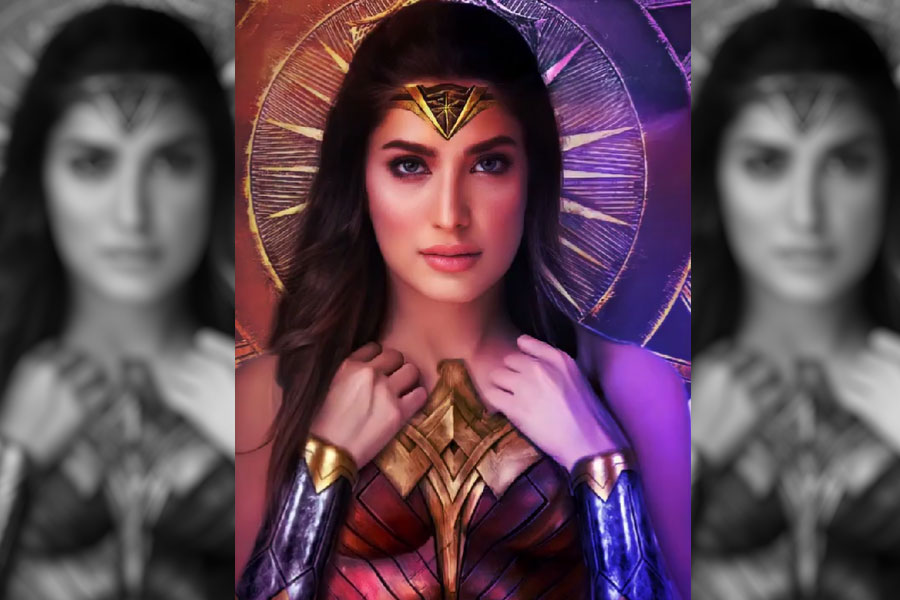 Pakistanis were in absolute shock when they first saw Mehwish Hayat at the premiere of Marvel’s latest series – Ms Marvel starring Iman Vellani aka Kamala Khan.

Soon, the news of Mehwish playing the role of Kamala’s great-grandmother Aisha (who found the bangle that started the legacy) took over social media.

Moreover, rumours spread that the role of the great-grandfather, opposite her, would be played by the handsome Fawad Khan, which left fans in awe.

Now, after having their need for a brown superhero they can finally relate to super satisfied, fans want to see Mehwish Hayat in DC’s next title as the one and only, Wonder Woman (who is currently played by Gal Gadot).

Fans have taken over social media, sharing pictures of Hayat as Wonder Woman, even Hayat responded to one of the visions, stating ‘this is a really kool edit!!’ 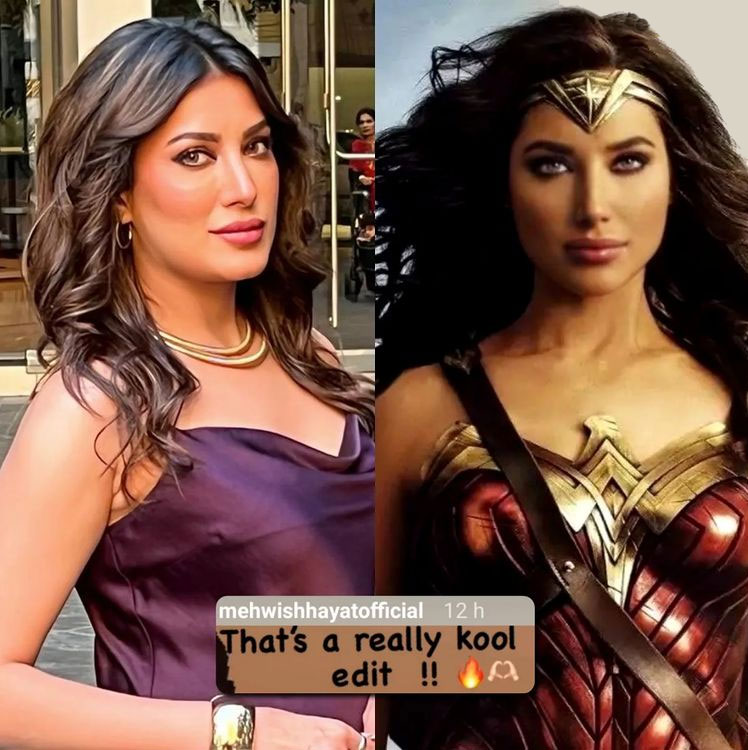 We have to admit that the edit is so unique it looks almost real. Moreover, we stumbled upon an entire Twitter thread by a fan who shared that Mehwish Hayat is one of the best faces they’ve seen in the MCU. Moreover, every time she was on the screen, all eyes were only on her!

this is one of the best faces to ever see the mcu… pic.twitter.com/JN44SbnmZk

While we’d love to see more of Mehwish in the MCU and DC worlds, we do wonder if DC would ever consider her as Wonder Woman over Gal Gadot. Perhaps the studio will introduce this superstar as another hero or maybe even a villain someone in the long run.

While we anticipate many more titles coming out this till the end of 2023, including one titled ‘The Marvels’ featuring Captian Marvel (Carol Danvers) with Ms Marvel (Kamala Khan) and Monica Rambeau, we may see a little bit more of Mehwish Hayat on the big screen – at least that’s what we are wishing on.

Until then, stay tuned to WOW360 for more news and all the latest updates.

Google’s Method for Discovering Top Talent is Pure Genius as No Degree or Experience is Required!