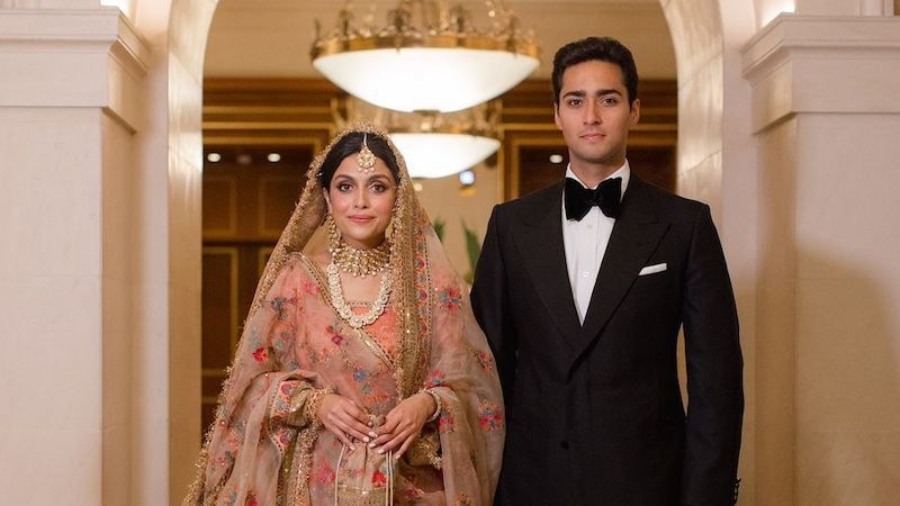 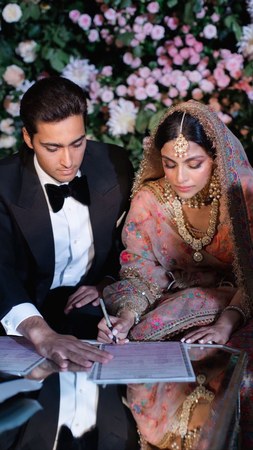 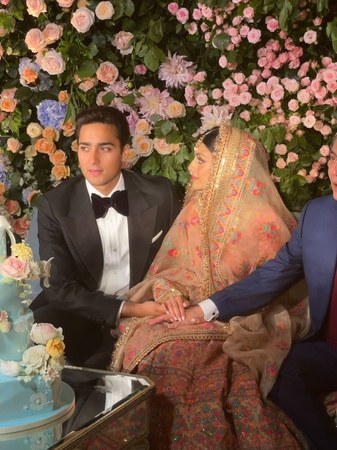 The nikah ceremony took place at The Lanesborough in an expensive 5-star hotel on the Hyde Park Corner in Knightsbridge. And so, it is obvious that social media is anxiously waiting for the details and pictures from the extravagant event.

Who wore what: Junaid Safdar donned a classic tuxedo on his big day, while Ayesha Saif Khan wore an Indian designer’s Sabyasachi lehenga. 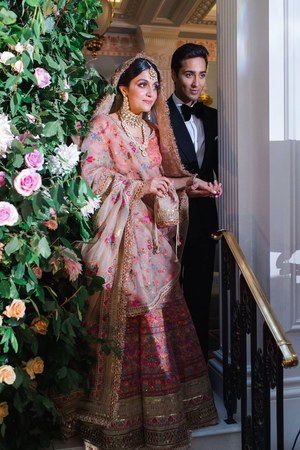 Whilst Maryam Nawaz Sharif and Captain Safdar were not part of the ceremony, Nawaz Sharif was visibly present at his grandson’s seemingly important day. This was due to the present government not allowing her to travel to London for the occasion.

Maryam Nawaz took it to Twitter and uploaded pictures from her son’s nikah event:

“May God keep you safe and happy.”

Former finance minister Ishaq Dar was also one of the attendees spotted in London.

Maryam and Safdar, currently in Lahore, were present on a video call while their son Junaid signed nikah papers.

Ishaq Dar’s son Ali Dar also took it to a micro-blogging site to congratulate Junaid. He wrote in a tweet with a picture of him and Safdar from the wedding that said, “Here’s to an eternally blissful life ahead.”

#JunaidSafdar… beyond the good looks there lies a heart of gold Masha’Allah. Here’s to an eternally blissful life ahead. Khush raho… aabaad raho hamesha ❤️🤲🏻 pic.twitter.com/Ff01cft1QJ

Shehbaz Sharif’s son Suleman and his wife were also present at the wedding. Junaid’s cousin Zayd, the son of his maternal uncle Hussain Nawaz, also shared on social media from the event. 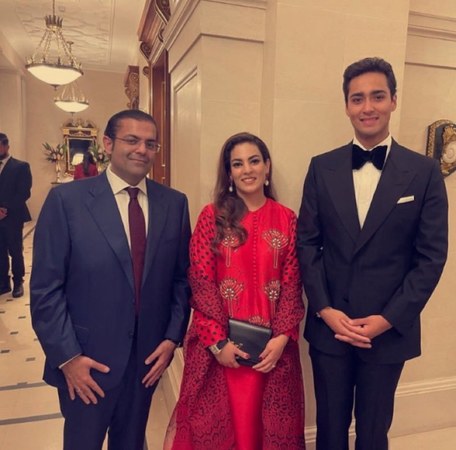 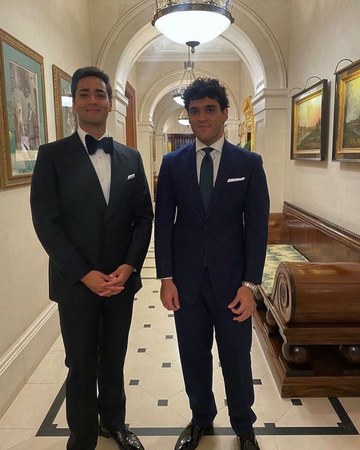 The Government Passes Bill to Finally Place a Ban on Dowry. Read the full story here:

In an impressive turn of events, the Minister of Religious Affairs has officially announced banning the tradition of asking for and displaying dowry. A groom demands gifts and money from the bride’s family at the time of marriage. Oftentimes, dowry is a set condition, where greedy families often overburden the bride’s parents with unreasonable monetary demands.