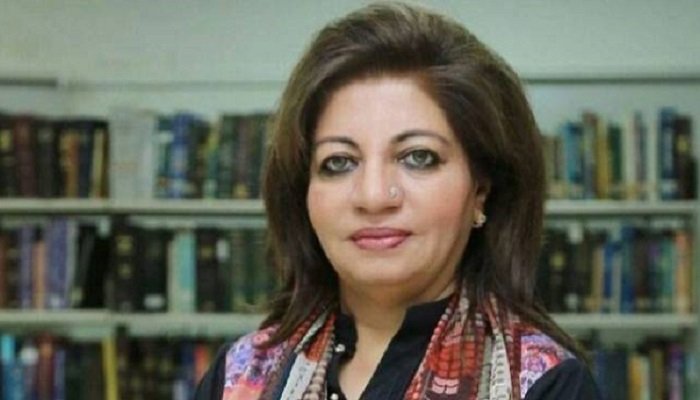 The Executive Director of the Jinnah Postgraduate Medical Centre (JPMC) retired on Thursday after 33 years of service.

Over Three Decades at JPMC

Dr. Jamali completed her medical education in Nawabshah. Following that, she did her house job at Civil Hospital Karachi. She first joined JPMC in 1988 as a medical officer. Later, in 1993, she obtained her advanced degree in public health management (MPHM) from Thailand. In 1995, she was then made in charge of JPMC’s emergency department.

Later, Dr. Jamali went on to study a post-doctoral fellowship in public health policy and injury prevention at the Johns Hopkins School of Public Health, Baltimore, USA, after being awarded a scholarship. In 2010, she became the hospital’s joint executive director and then executive director in 2016.

Achievements Over the Years

During her years of service, she has received diverse national and international tributes and awards. These include Tamgha-e-Imtiaz and Women Achievement Awards.

According to several sources, she was on duty on the day a bomb blast occurred in 2010 at the hospital’s doors. The unfortunate incident injured her and many others. The incident, as adverse it is, didn’t weaken her. Instead, the devastation motivated her to modify the emergency department.

Over the years, Dr. Jamali has had several ambitious projects launched in the public sector in Sindh for the first time. These include the launch of an emergency care training program at JPMC and establishing a morgue and dog-bite treatment center.

She has always led from the front, say her colleagues and friends. She has always done her best, whether it was handling victims of bomb blasts, targeted killings, or looking after patients during the ongoing pandemic.

Asked about her professional challenges, Dr. Jamali said: “It was very difficult to prove oneself in the men’s world. In fact, I will say male hatred has been my biggest obstacle, though many appreciated me. I achieved what I dreamed of because I looked at my job as a labor of love and passion.”

Dr. Mirza Ali Azhar, president of the Pakistan Medical Association-Sindh, recalled, “The city of Karachi once badly affected by violence owes a lot to Dr. Seemin who saved countless lives in the JPMC’s emergency department by relentlessly working in those testing times.”

“I think most of us would agree that we don’t need to find her. She is there taking calls immediately, monitoring her staff, engaging with patients as well as for the media, providing journalists required information. Her innings are spread over three decades, but she successfully managed to sustain her good performance till the end.”

In Pakistan’s judicial history, the Judicial Commis­sion of Pakistan (JCP) will promote a woman judge, Ayesha A. Malik, to the Supreme Court on Sept 9. Justice Ayesha Malik has been working pro bono to counsel for NGOs that work for microfinance, poverty alleviation, and skills training programs in Pakistan.