6/1/22: Today, the nomination of Justice Ayesha Malik for her appointment as Supreme Court judge has been approved by the Judicial Commission of Pakistan (JCP) with a vote of five to four.

This essentially means that she will become the first female Supreme Court judge in the judicial history of Pakistan.

Justice Ayesha Malik will be the first female Supreme Court in judicial history of Pakistan. https://t.co/5YymIfVWM4

Seniority was presented as a reason not to elevate Justice Ayesha by the opposing legal community. She is number four on the Lahore High Court (LHC) judge seniority list, which makes her stand on the spot after three Honourable judges of the LHC.

A statement was issued by the Women in Law Pakistan in regards to the debate about seniority on the appointment of Justice Ayesha Malik of the Lahore High Court (LHC) to the apex court. As per the group, “the argument that seniority is a legal requirement is a myth, and “there is no requirement in law and Constitution to appoint the senior-most judge to the Supreme Court”.”

In March of 2012, she became the judge of the court. If she gets elevated, she will work as a Supreme Court judge till 2031 and become Chief Justice of Pakistan (CJP) after the retirement of Justice Yahya Afridi in January 2030.

13/8/21: In Pakistan’s judicial history, the Judicial Commis­sion of Pakistan (JCP) is going to promote a woman judge, Ayesha A. Malik to the Supreme Court on Sept 9.

Justice Ayesha Malik has been working pro bono to counsel for NGOs that work for microfinance, poverty alleviation, and skills training programs in Pakistan. She also served as a reporter for Pakistan for the Oxford Reports, a publication of the Oxford University Press. on the International Law in the Domestic Courts.

Justice Ayesha completed her school in Paris and New York and moved to Karachi to do her senior Cambridge from Karachi Grammar School. In London, she completed her A-Levels from Francis Holland School for Girls. Moving on, in Lahore, she studied at Pakistan College of Law. She then did her LLB from Harvard Law School Cambridge, Massachusetts, USA.

4/6/21: Pakistan is the only country in South Asia without a female judge in the Supreme Court.

According to statistics, the current strength of female judges in the Provincial High Courts including the Capital Territory of Islamabad, Pakistan is less than ten.

The Parliamentary Committee on Judges’ Appointment has taken note of the matter and noticed the gender disproportion in the superior judiciary. The committee has asked the Judicial Commission of Pakistan to help improve the circumstances by nominating females for appointment as judges in the higher judiciary.

Why Pakistan doesn’t have any female judges in the Supreme Court boils down to timing and institutional gender bias. It begins with too few women Judges in the High Courts of Pakistan.

It is notable to mention that there is no bar on the appointment of women judges in the superior judiciary under the Constitution of Pakistan.

Article 25 states that “All citizens are equal before the law…that there shall be discrimination on the basis of sex.” A report that came out earlier by the Human Rights Commission of Pakistan says “that a mere 5.3% of judges of the country’s high courts are women, the lowest in the region.”

Currently, there are three potential candidates who may be in the running to be eligible to be elevated to the Supreme Court, although time will tell, namely: 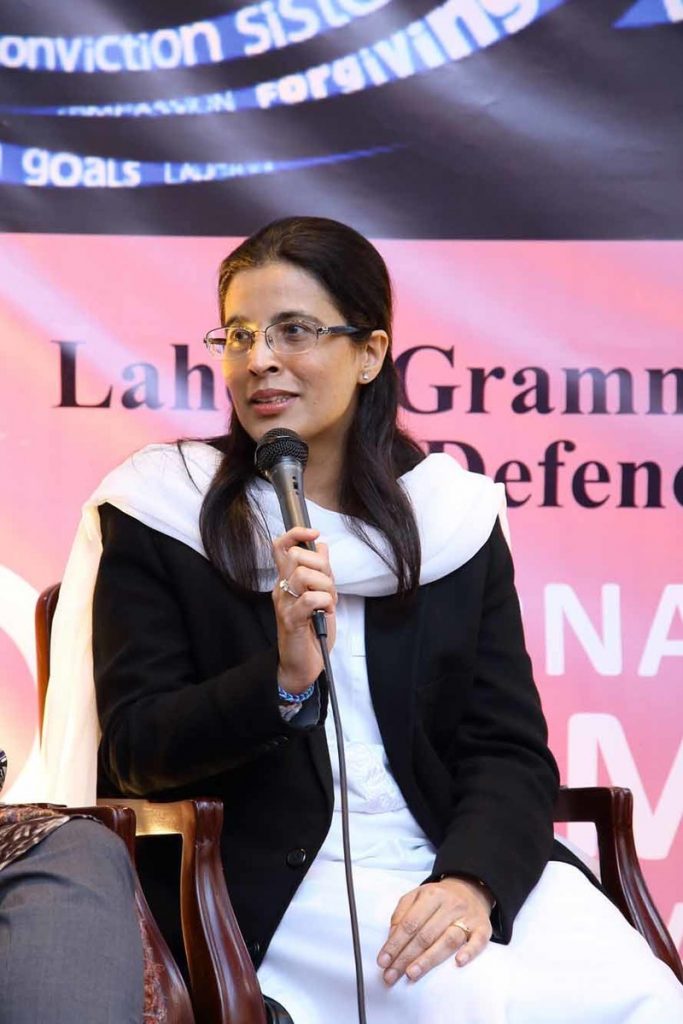 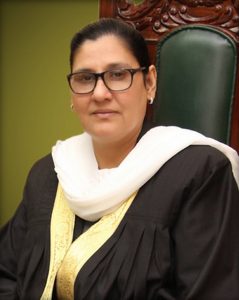 London’s two junior barristers from human rights chambers, Doughty Road, have come together to design and launch a hijab for Muslim women. The two barristers, regulatory lawyer Karlia Lykorgou, and prison advocate Maryam Mir recognized the gap. They felt the need to fill in by making visible efforts to launch the hijab for Muslim women associated with the court.