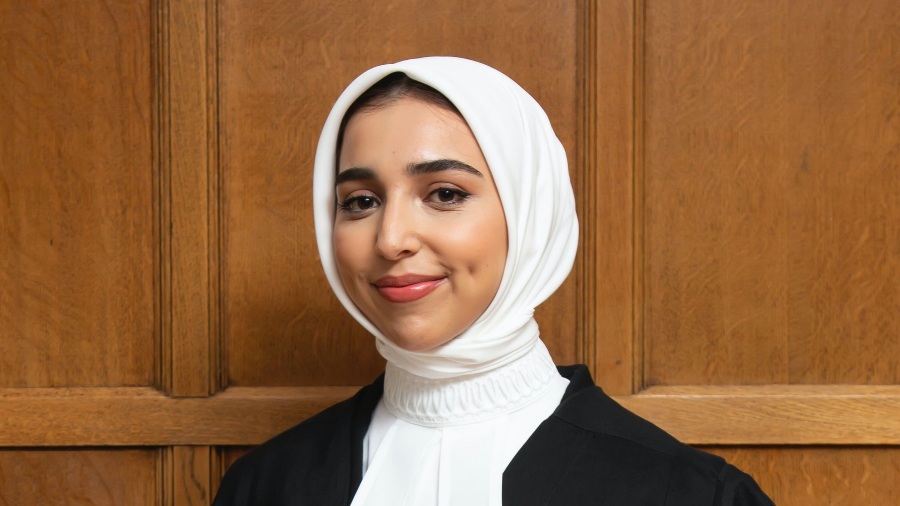 London’s two junior barristers from human rights chambers Doughty Road have come together to design and launch a hijab for Muslim women. The two barristers, regulatory lawyer Karlia Lykorgou and prison advocate Maryam Mir recognized the gap and felt the need to fill in by making visible efforts to launch hijab for Muslim women associated with court.

In this collective project, Ms. Lykorgou designed the hijab and Ms. Mir ensured that it could be acceptable for barristers to put on in court. The hijab is made by using bamboo silk, as it could be comfortable during winter and summer. The pair together trialed a number of supplies. The hijab launched by the 2 will be available on the 30th March in colors black and white-suited for the courtroom.

“It happened after I spoke to Maryam, who I’ve identified since college, who mentioned she finds it laborious to get a hijab that’s proper for court,” Ms. Lykorgou informed an international news channel.

“I assumed this was loopy, so we determined to design one that will be comfy for a hijab-wearing barrister but additionally matches nicely with the remainder of the outfit.”

Hijab-wearing barristers are exempt from sporting the standard wig in court, however, there is no steerage on what this could appear like.“It could possibly take years for somebody to search out one which works, it has to tuck contained in the collar or go well with but additionally be comfy,” Ms. Lykorgou added.

“There aren’t many hijab-wearing barristers, however within the crown court I’ve seen white hijabs worn and within the magistrates, I’ve seen black, so we determined to design each.” Ms. Lykorgou launched Ivy & Normanton in 2020, the primary court outfitters which are particularly set up for girls.

The 40-year old British Muslim, Raffia Arshad, became UK’s first hijab-wearing judge. She reminded women to continue fighting for our rights and not let anyone stand in our way. She has a career spanning 17 years in law and made history becoming the first-ever hijab-wearing woman appointed as a deputy district judge on the Midlands circuit