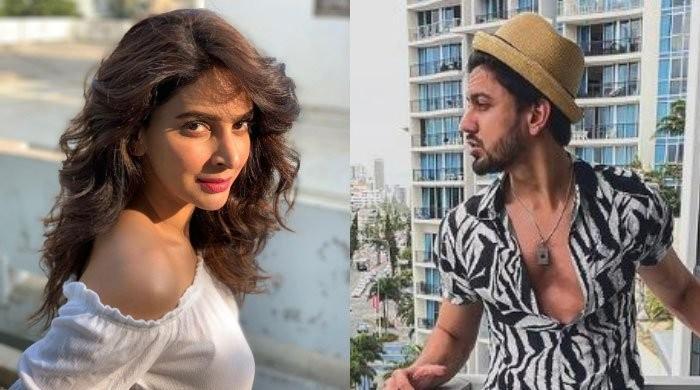 Popular actress Saba Qamar recently put her fans into a frenzy after announcing that she has finally decided to tie the knot with Azeem Khan, a blogger and an entrepreneur. However, just this morning, the actress took it to her Instagram and said she’s calling it off.

Qamar is known for her strong opinions in terms of marriage. When he announced she’s ready to tie the knot, fans were relieved to find out that she has altered her stance about marriage. Still, all the excitement went into vain, finding out that Khan has had a history of problematic behavior, particularly with women. Following the news, Khan shared a video to provide what appeared to be an explanation on social media.

But it seems Qamar didn’t see herself getting married to him, as she saw no hope and decided to end it there and then. She wrote on her Instagram:

Hii Everyone, I have a very important announcement to make, due to a lot of personal reasons I have decided to call it off with Azeem Khan, ‘WE ARE NOT GETTING MARRIED NOW’ hope you guys will support my decision just like you all have been supporting me always, and I guess it’s never too late to realize the bitter realities!

Saba also revealed a shocking insight. Apparently, she was about to marry someone she has never met and only contacted over the phone.

I also wanted to clear ONE IMPORTANT thing that is:
“I have never Met Azeem Khan in my life we were only connected over the phone”

She then ended her post, saying this is hard for her, but it shall too pass.

It’s a very hard time for me right now but as we all know ‘THIS TOO SHALL PASS’ Insha Allah. Much love to you all!

Azeem Khan then took it to his Instagram and responded to the news. He said, ” She hasn’t written my side of the story, and yes, it’s my fault.” and again, “YES, IT’S MY FAULT.” 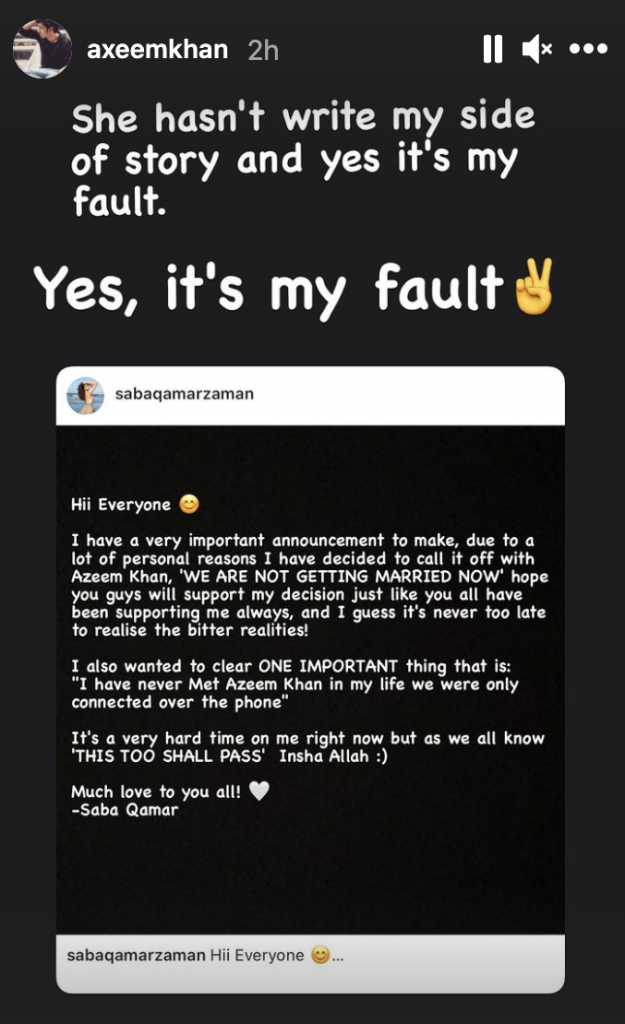 Saba qamar was ready to marry a guy she had never met irl, tf…

Saba qamar is such a brave lady tbh.

I didn't know saba qamar was this stupid

Glad to see Saba Qamar didn’t blindly trust Azeem Khan and could see the clear picture about him before calling it off. Allah behter e karta hai beshak.

What if it was a Saba Qamar plan to expose Azeem Khan?

If I was Saba Qamar, I'd reject that guy for writing his name as 'Axeem' alone.