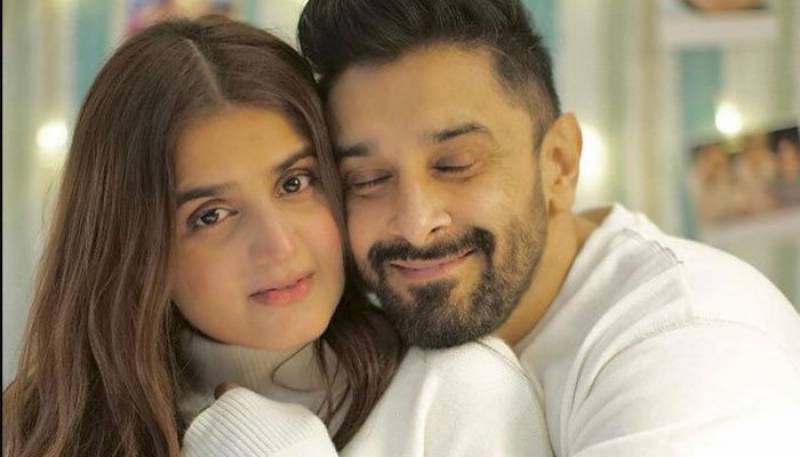 The power couple of the Pakistani entertainment industry, Hira Mani and Mani, recently appeared in a sports show where the actress revealed her husband stopped her from using whitening injections.

The host gave both Hira and Mani a statement to agree to or deny on the show. The statement said, “Rang gora kurnay ka injection lugan aam baat hay, hum dono nay lugwaye hain (Getting skin whitening injections is common, and we both have used them).”

Both of them broke into laughter. They laughed historically, which made us think they found the question absurd. The host then pursued them to answer, to which Hira said they had not used them. However, much to our surprise, Hira Mani did explore her options. She had obtained skin whitening injections and wished to use them until Mani found out and discouraged her from doing so.

They had a huge fight, and Mani had asked Hira to pack up her things and move to her mom’s house if she wanted to use them. Mani told the host the injections were still present in the cupboard.

Even though today, there is a lot of conversation around body positivity and accepting your size and skin color, we still witness celebrities on Tv talk openly about planning to use skin whitening injections.

It is so dangerous for celebrities with a massive fan following on social media and tv to endorse dangerous chemicals such as skin whitening injections on tv by openly admitting they wished to use them. Kudos to Mani for discouraging Hira from using them.

It is clear that the obsession with light skin is a social issue that still persists within our society and may take more time for people to accept and own their natural skin color, whether it is fair, brown, or dark.

Bollywood actress Sushmita Sen’s advice on loving yourself is all you need to listen to today. She says, “The only thing that matters is how you perceive yourself.”

Pakistani popular morning show host Nida Yasir has become a target of severe backlash online once again. This time around, a clip of her and Babar Azam has resurfaced online. In the short clip, taken from a morning show in 2018, Nida engages with the now trending cricketer. In the middle of the show, she asks him controversial questions associated with conceived notions of beauty that were quite personal.

Indian Muslim Student ‘Sherni’ Chants ‘Allah Hu Akbar’ in Front of Goons, Lauded for Standing up for her Right to wear Hijab