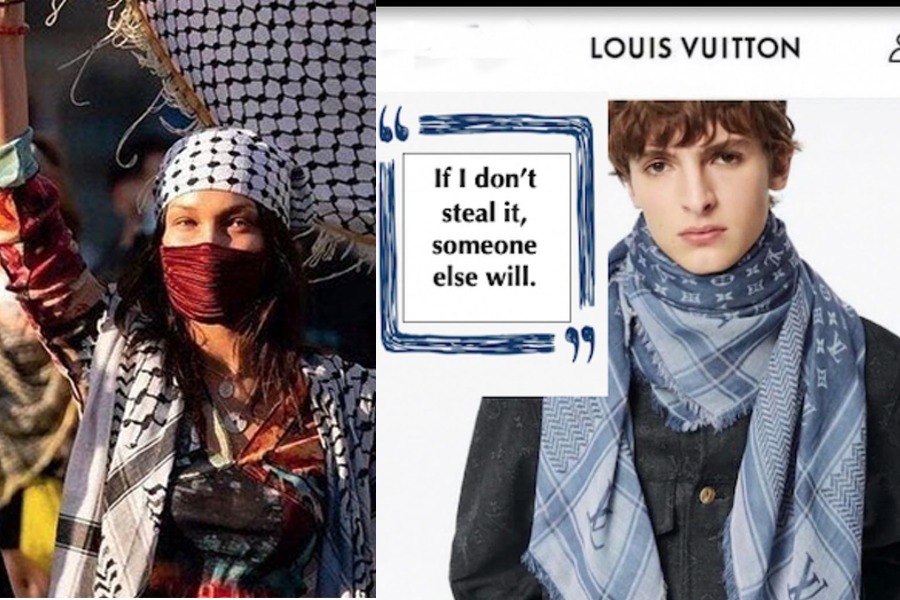 French luxury house Louis Vuitton is facing major backlash on the internet for one of its latest men’s scarves inspired by the Palestinian Keffiyeh.

The label offers a blue, jacquard-woven stole with the distinctive checked pattern of the traditional Keffiyeh with Vuitton monogram design. The scarf is labeled as a monogram keffiyeh stole on LV’s U.S. site for a whopping price of $705. The stole has come out when the world is raising its voice against the atrocities of Israel against Palestinians.

A prominent figure in fashion, supermodel Bella Hadid just a few weeks ago, took it to the streets of NYC to protest against the Israeli war crimes against Palestine while wearing a keffiyeh. So naturally, people on the internet think that this move by such a big brand stinks of everything evil and sinister, soulless and stupid, all woven together into an article that should’ve never been considered.

The article is described as “inspired by the classic keffiyeh and enriched with House signatures” on the Louis Vuitton website. The scarf is made from wool, cotton, and silk, is lightweight and soft, and that it “creates an easygoing mood.” 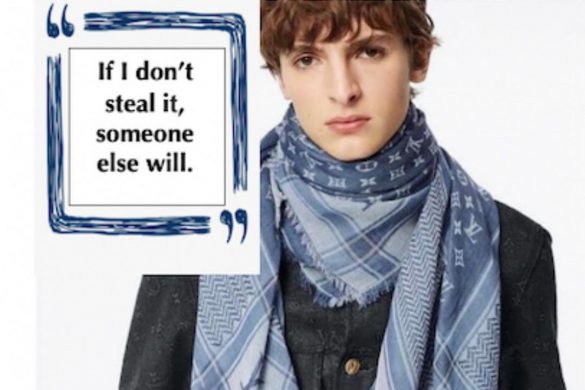 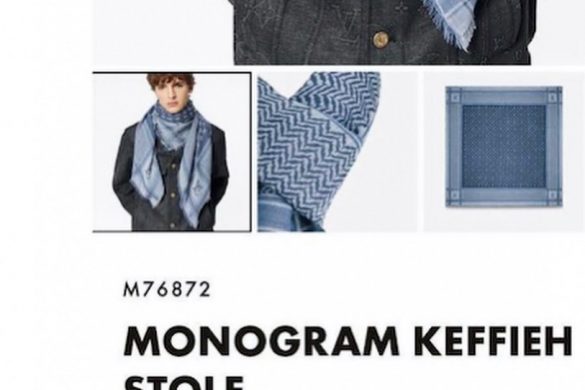 What is Palestinian Keffiyeh?

The Palestinian keffiyeh is a scarf with chequered black and white patterns across it. It is worn around the head or neck by men, women, and even children. It has become a symbol of Palestinian nationalism, dating back to the 1936–1939 Arab revolt in Palestine.

First — the amount @louisvuitton is charging for this mutated, and mangled kaffiyeh is insane. Second, given what’s happening in Gaza and across Palestine, the timing of it is also curious and absurd. But so are these times that we are living in. Third — the blue and white colors are either tone-deaf or an insidious form of passive political commentary. Or a disastrous attempt at political irony (“Stole”) matching the glib look on the model’s face.

Thousands of people worldwide took to the streets to protest the Israeli airstrike attacks on Palestinians living in Gaza. Protests took place in the US, Australia, Canada, Europe, and the Middle East, with protestors marching with pro-Palestine signs. Celebrities and influencers such as Bella Hadid also participated in the protests while wearing a keffiyeh — a scarf with the traditional Palestinian print.