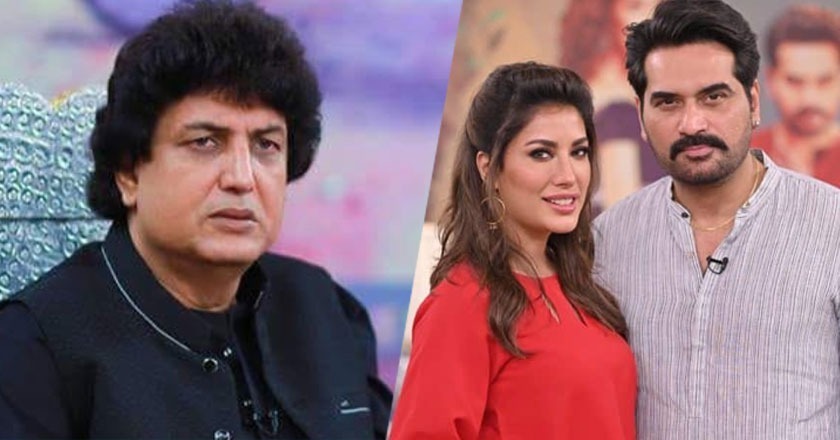 During an interview, the ‘London Nahi Jaunga’ famed writer shared that Mehwish Hayat is a great actress and is pleasant to work with, however, he will no longer write scripts for her.

He said the same for his old pal Humayun Saeed who has worked with Hayat in the previous movie titled ‘Punjab Nahi Jaungi’ which was also written by Qamar.

She’s a good actor but I have done my last film with her, I think, I won’t be able to write for her I am even tired of writing for Humayun Saeed now. If they got good chemistry, she should do something else, it’s not my responsibility, it is the time that other actresses should get the chance to work with me, already worked with her -Khalil ur Rehman Qamar said.

When a question was raised about Mehwish’s age, the writer took her side saying that he doesn’t think that age really matters nor is the problem, he believes that she has worked in many projects and others deserve a chance.

Qamar has also refused with other talented actors such as Mahira Khan. Even though he has said that he has forgiven the actress for their previous banters, he will not forget.

While people love his work, there are some who do not like Khalil’s views on certain sensitive issues.

Moreover, many have labeled him as a misogynist and an egoistic person for his past actions, statements, and even his scripts.

What do you think about the writer? Share your two cents with us in the comments below.