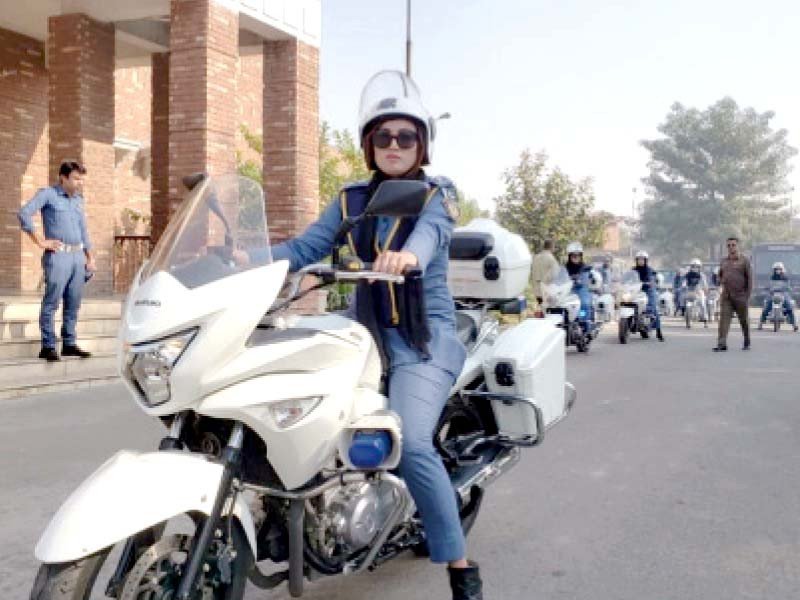 Chief Traffic Police Officer of Lahore Muntazir Mehdi has inaugurated a motorcycle squad in the city.  Lady Traffic Wardens have begun patrolling on motorbikes to generate awareness and a sense of security among women drivers.

The traffic police are mobilising to create a sense of security among women driving cars and motorcycles. Initially, officials established only a contingent of 25 lady traffic wardens. The lady wardens will provide a sense of security to female passengers and introduce the idea of inclusivity on the road.

According to officials, the lady traffic wardens will also engage with awareness campaigns in several educational institutions. Officials believe that by witnessing women lady officers patrolling the roadways, more women will be comfortable coming out of their homes and riding motorcycles in the city.

141 female officials are serving in the city traffic police currently.  Ladies Driving School has also been set up to develop self-confidence among women additionally.

To place women in authoritative positions such as on the roads as traffic police were only possible due to driving projects such as Women on Wheels. It is currently underway on Ferozepur Road in Lahore to prepare more women to drive a motorcycle. According to a local publishing site, thousands of women have learned to drive a motorcycle at the Women on Wheels School.

CTO Muntzair Mehdi says that lady wardens fulfil their assigned responsibilities in the training, ticketing and licensing offices very efficiently. Some are also in charge of important city traffic police posts in the city.

Mehdi further said that “the motorcycle squad aimed to acknowledge women drivers’ capabilities, highlight their importance and strengthen them. A society can only progress if the importance of women is not ignored.”

On Tuesday, female traffic wardens showed up on main boulevards on two-wheelers for patrolling duty for the first time in the history of the southeastern province of Pakistan. The step is taken to create awareness among motorcyclists. Traffic police officials in Karachi informed the media outlets that the female cops are deployed at Shahra-e-Faisal and Clifton, one of the city’s major roads and an upscale neighbourhood.