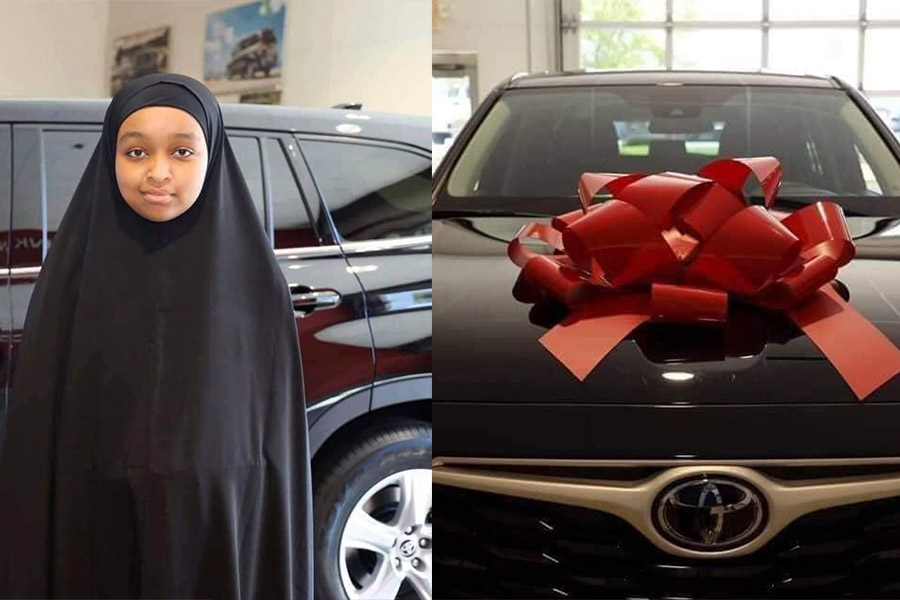 She has been rewarded this vehicle after she won the 30 Juz Quranic competition and came in 1st place. As soon as the news came out, it went viral on social media. This was because people were surprised a competition gifted a vehicle to a 12-year-old with a price tag of $40,000 for a Quran competition.

Additionally, the 12-year-old was gifted a cash price of $4,000 (N1.6 million) and a ticket to attend the next umrah in the Kingdom of Saudi Arabia. 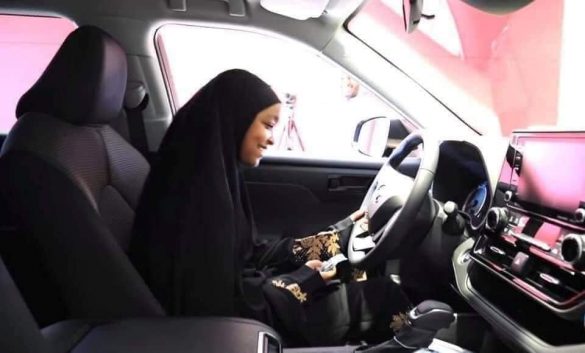 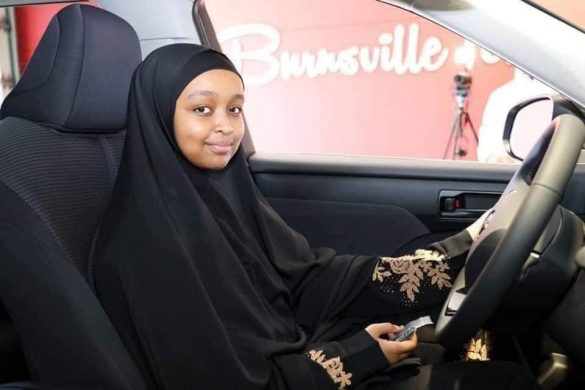 Pictures of Sabrin receiving her prize were shared online on social media, a Toyota Highlander mid-size crossover SUV covered in a massive red ribbon. Sabrin settled behind the wheel without a driver’s license. It is evident that for a 12-year-old, the vehicle was of no use. Not until she turns 18 and gets a driver’s license.

Naturally, many people commented criticizing the competition’s prize set for a 12-year-old.

Thousands of Muslims across the globe congratulated 12-year-old Sabrin Hassan on social media pages, including Facebook and Twitter, for coming 1st in the Quran competition. 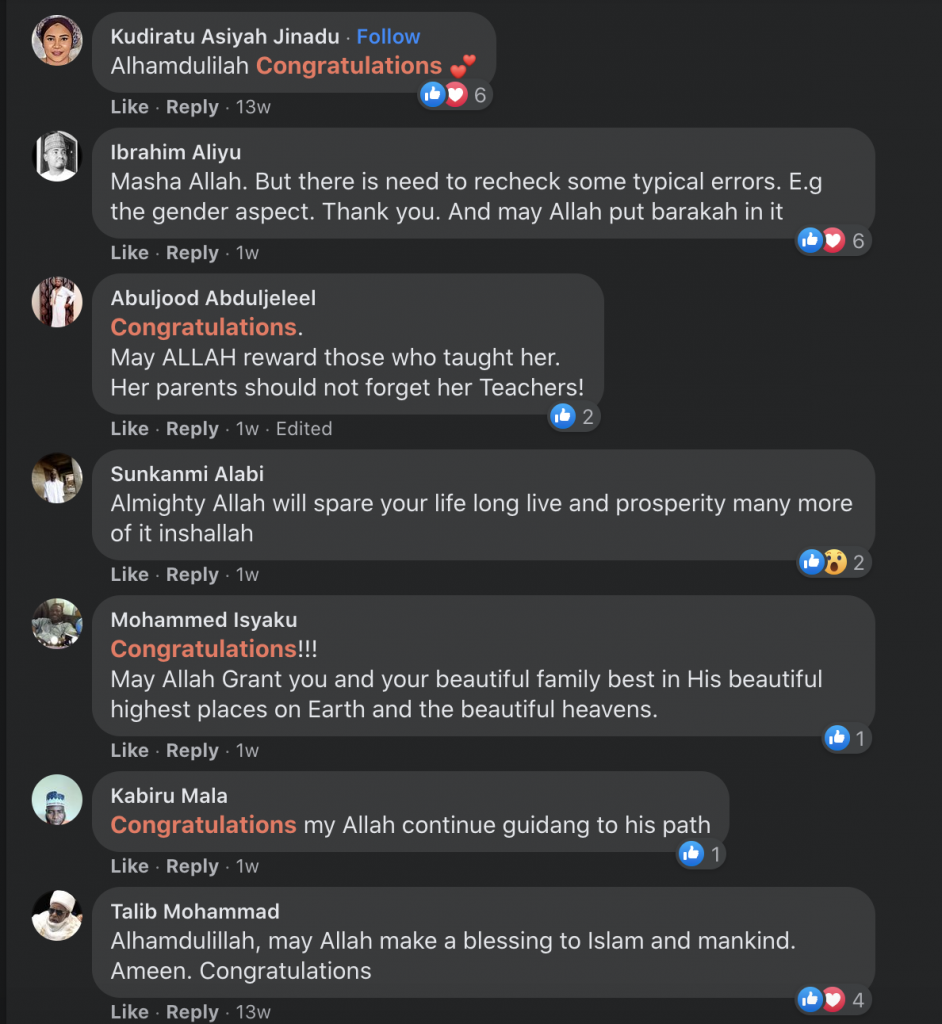 “What will a 12-year-old do with a vehicle?” said a user on Facebook. 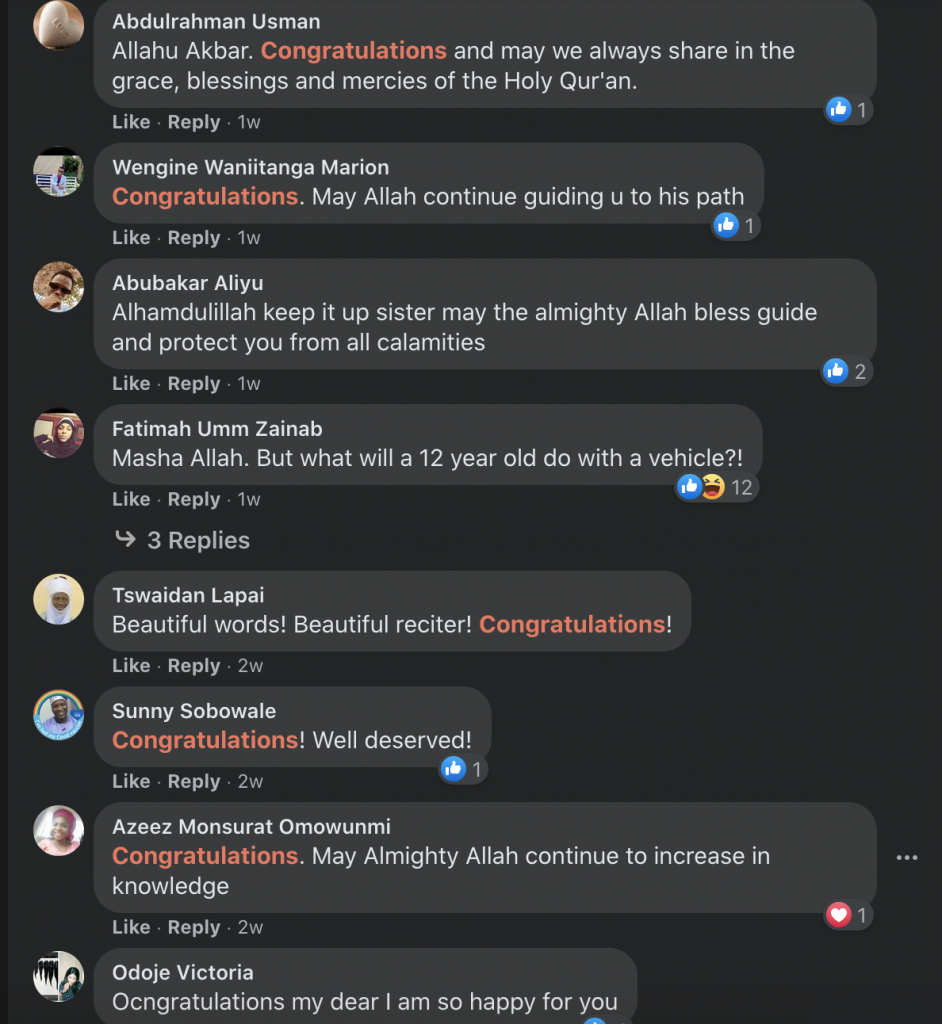 A user commented, “Knowledge of God is wisdom itself that you have shown at such a young age. Well done, our princess.” 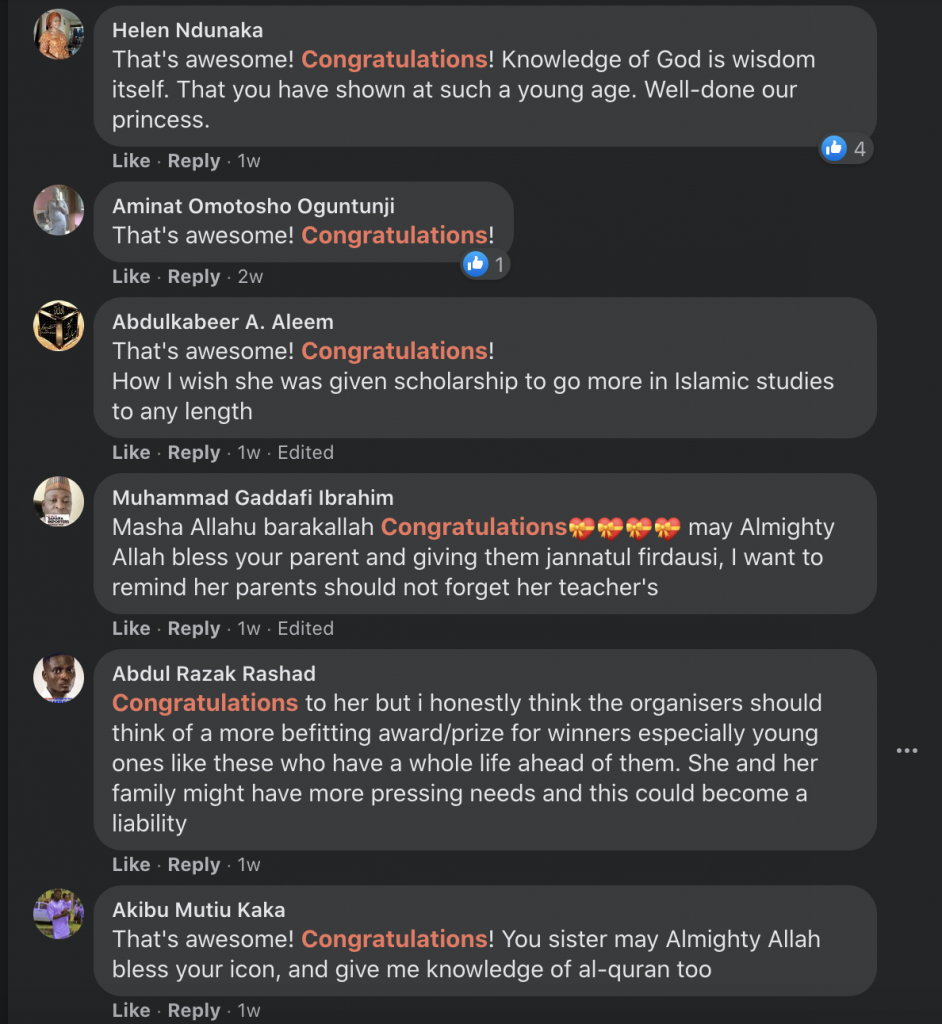 A user also commented that “the organizers should think of a more befitting award/prize for winners especially young ones like these who have a whole life ahead of them. She and her family might have more pressing needs, and this could become a liability.” 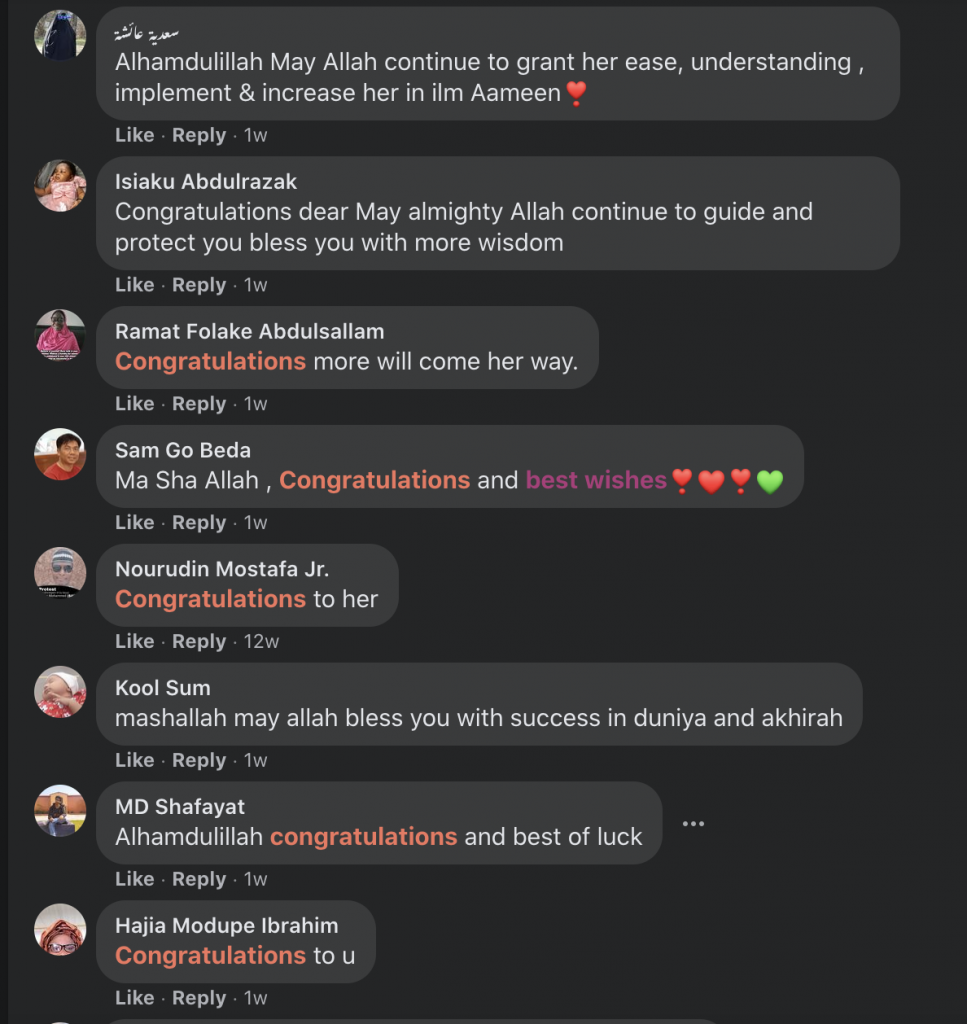 The Muslim American Society (MAS) encourages young kids to participate in several Quran competitions they host yearly in Minnesota. MAS’s mission is to move people to Strive for God-Consciousness, Liberty, and Justice and to Convey Islam with Utmost Clarity.

A six-year-old girl, Maysam Yahya Mohamed, has successfully memorized Quran and become the youngest Hafidah from UAE. She also recited the holy book with proper pronunciation with Tajweed. The little girl has achieved prominence in the country as the country’s youngest person to have memorized the entire Holy Quran. At age 3, she memorized 2 chapters of the Holy Quran.