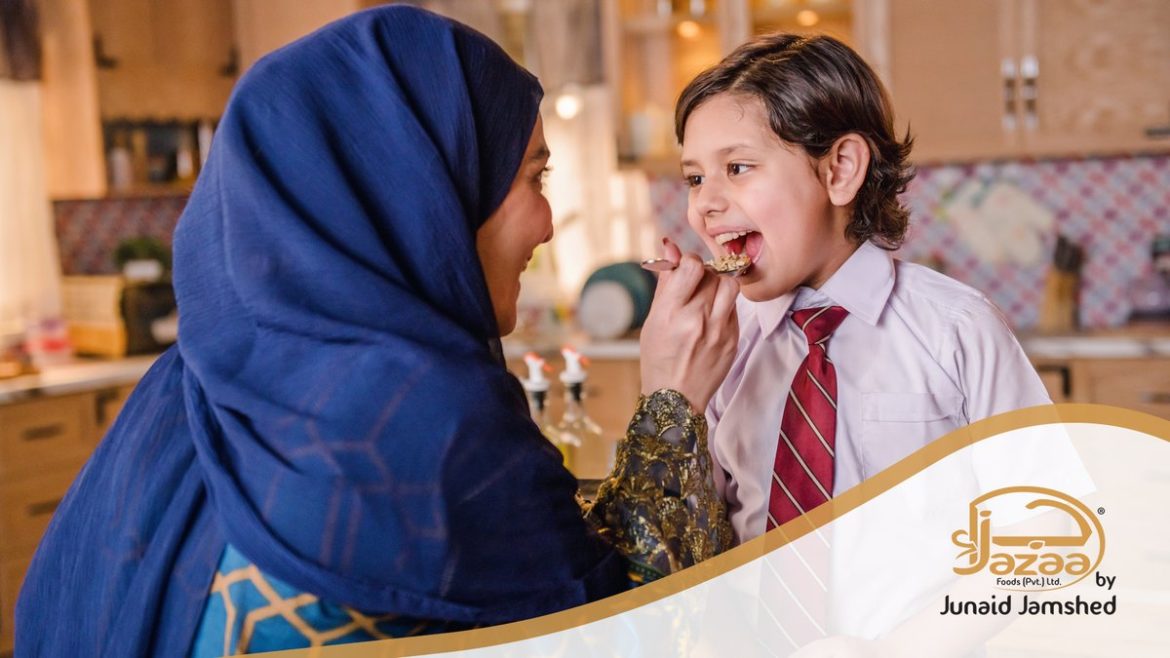 Emotional story telling is slowly becoming the way of marketing, and is more effective for new brands, recently launched in the market. An ad that tugs at your heartstrings, will generate top of the mind recall and increase trial generation by target audiences.

It’s refreshing to see meaningful ads delivering strong messages across. After Ahmed Foods and Shaan Foods, another masala (spices) brands, Jazaa Foods by Junaid Jamshed has released a TVC that is bound to melt your hearts.

The recently released Jazaa Foods #ChakhoNaimatonkaMazaa ad puts across a beautiful message about sharing equal blessings with the less fortunate.

The 1 minute 48 second ad starts with a kid returning home from school and telling his mother that he is hungry. His mother immediately opens the cooking pot and starts filling the plate with steaming hot, freshly made pulao which the kid thinks is for him.

However, to his disappointment, the mother gives the box full of pulao to her house help whose father is unwell. She tells her to take the pulao for her ailing father, and spend time looking after him rather than cooking.

Once the house help leaves the kid complains that she gave most of the food away and left very little for them to eat- to which the mother replies ‘Jo ham dedetay hain wohi tou hamaray liay bachta hai, baaki sab tou kharch hojata hai’.

A deep and impactful message that speaks volumes about charity and sharing our blessings- something that our religion teaches us to practice but we often fail to do so.

The voiceover then follows:

‘Jo De Kar Bachanay ka Gur Janay, Wohi tou hai Jo Rizq ko Jazaa Manay’– Because what we give away is actually written as a ‘good deed’ for us in the other world, the rest is spent on materialistic things in this temporary world.

Despite being a short commercial, as compared to other similar TVCs (for example Surf Excel, Shaan Foods) the message was conveyed beautifully and had a lasting impact.

There are two aspects being touched upon in this TVC-

Kids start learning and picking up on habits from a very young age. And a mother is a child’s best friend, inspiration, guide and role model. A child will quickly learn and easily practice what happens at home; therefore, it is vital that we start practicing what we preach to our children, and this ad is the best example!

The mother is trying to inculcate values such as humility, modesty, and the act of sharing in her child so that he grows up to be a responsible member of society- reflecting the significance of her in his child’s life.