It’s Sad That it Took a Grammy for My Music to be Worthwhile: Arooj Aftab 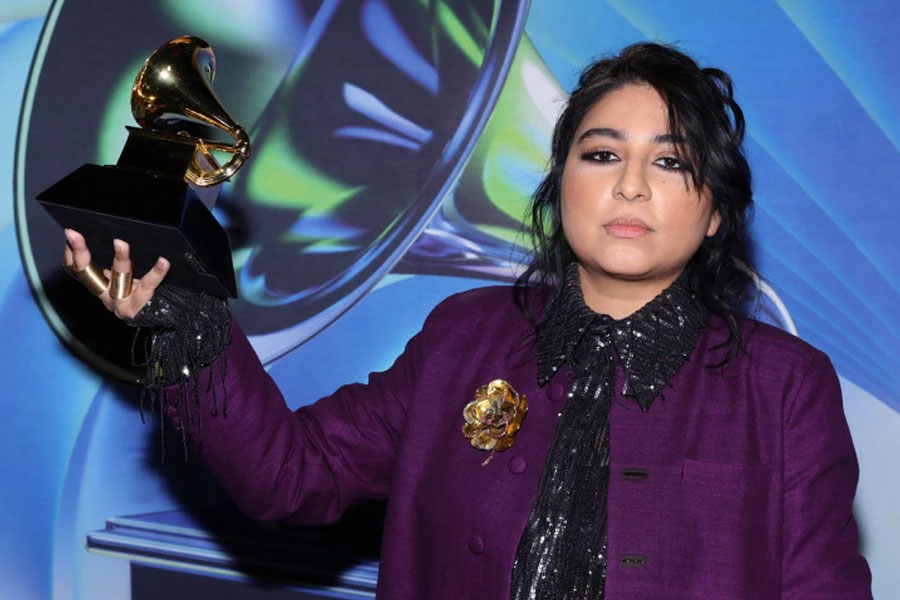 Arooj Aftab made waves on social media and other platforms after she became the first Pakistani to bring home the nation’s first Grammy for her rendition of a famous ghazal by the legendary Mehdi Hassan.

However, in her recent interview with DW, she opened up about the challenges she faced in pursuit of the award, including the fact that she did not receive recognition until she won the Grammy.

I wanted to make music that I crave, that I hadn’t really found, that I wanted to hear. However, making the kind of music she wanted to hear required musical tools and a vocabulary that she lacked as a young person in Lahore, where music was not really a career option for most.

When I was growing up, I felt that to dress or look different, to think differently, caused a lot of friction and made me feel like I wasn’t fully accepted. Not being able to imagine freely or be yourself is not healthy, and is like death for an artist.

As a child, she always felt like a misfit. it was at age 18 when her raspy jazz cover of Jeff Buckley’s “Hallelujah” got her attention as it was widely shared oversites like Napster, MySpace and Limewire.

The song went viral in Lahore and, most importantly, gave Aftab confidence in her voice and expression. The crooner then eventually learnt the trade of becoming a music composer and producer.

“I get irritated when my music is called a ‘cover,’ because it’s not that. When you render something, especially if it is so old that is almost public domain, you are taking its root but building something original, something that is new and not done before; it is in the now,” she stresses.

Moreover, she added that her listeners enjoy her music as it’s the perfect mix of Pakistani and Western blends.

“This generation is really bold and demands things, they want equality,” she asserts, adding that young people now don’t want to be limited to fixed categories. “For years, Asian artists were pushed to the sidelines — but now there is an emerging space, opening up the world to more beautiful things, which always existed but weren’t known,” Aftab says.

Now that she has won the highest accolade in music, she has received high praise for her hard work also at home.

“My family loves music and is quite liberal, but they did not understand what I was trying to do. It is a bit sad that it took winning a Grammy for some people to finally think that what I was doing for so many years was worthwhile,” she shares candidly.

While it is indeed a sad reality that many artists, athletes, and talented individuals often find it tough to get a breakthrough, we are happy that Aftab has found her shining light and is now one of the prominent names in Pakistan’s music industry. Recently, she collaborated with Coke Studio to release her hit track ‘Mehram’ with Asfar Hussain.

We wish her all the best with her future endeavours.