Is Censor Board’s Ban on ‘Joyland’ in Pakistan Justified? 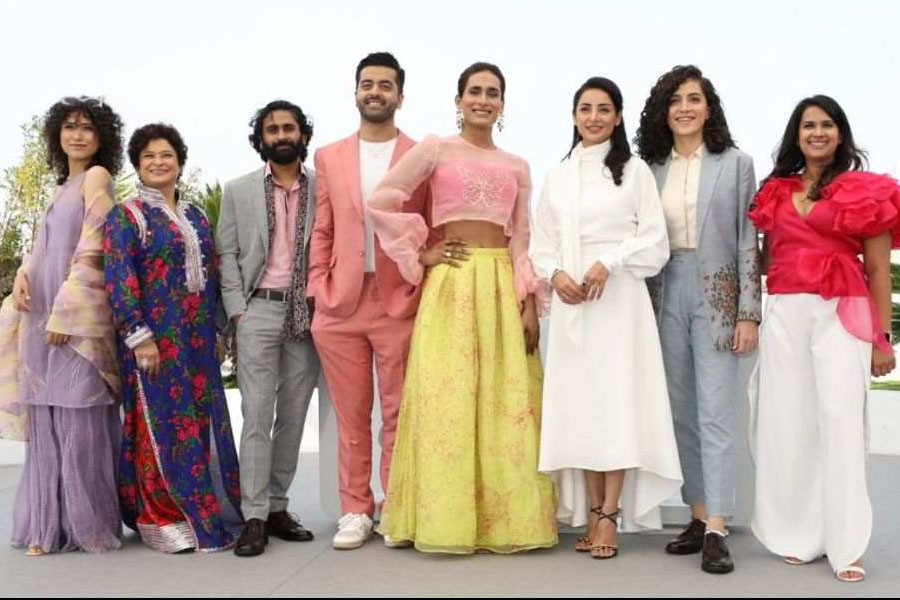 If you were waiting to watch the Oscar-contending Pakistani movie ‘Joyland’ we have really bad news for you. The censor band has banned the movie for containing “highly objectionable” material.

An order dated Nov. 11 from Pakistan’s Ministry of Information and Broadcasting says that the country’s censor board had granted a censor certificate to the film on Aug. 17. But it has since reversed the decision.

“Written complaints were received that the film contains highly objectionable material which does not conform with the social values and moral standards of our society and is clearly repugnant to the norms of ‘decency and morality” as laid down in Section 9 of the Motion Picture Ordinance, 1979,” the order states.

“Now, therefore, in the exercise of the powers conferred by Section 9(2) (a) of the said Ordinance and after conducting a comprehensive inquiry, the Federal Government declares the feature film titled ‘Joyland’ as an uncertified film for the whole of Pakistan in the cinemas which fall under the jurisdiction of CBFC with immediate effect.”

After hearing of the ban, APSA said in a written statement: “ ‘Joyland’ represents a significant new cinematic talent in Saim Sadiq from Pakistan, who has crafted a moving and entertaining drama about a family in his debut feature film. The Young Cinema Award Jury commends Saim Sadiq for his brave and joyous celebration of community diversity and the universality of love.”

So far Saim Sadiq and the film’s producers have not given any comment on the matter. Nobel laureate Malala Yousafzai helms the project as executive producer, and the film is Pakistan’s official entry for the Oscars’ international feature category.

We have yet to see what the future holds for the film. Meanwhile, celebrities and other personalities are not happy and want the censor board to rethink their decision with an appropriate rating. 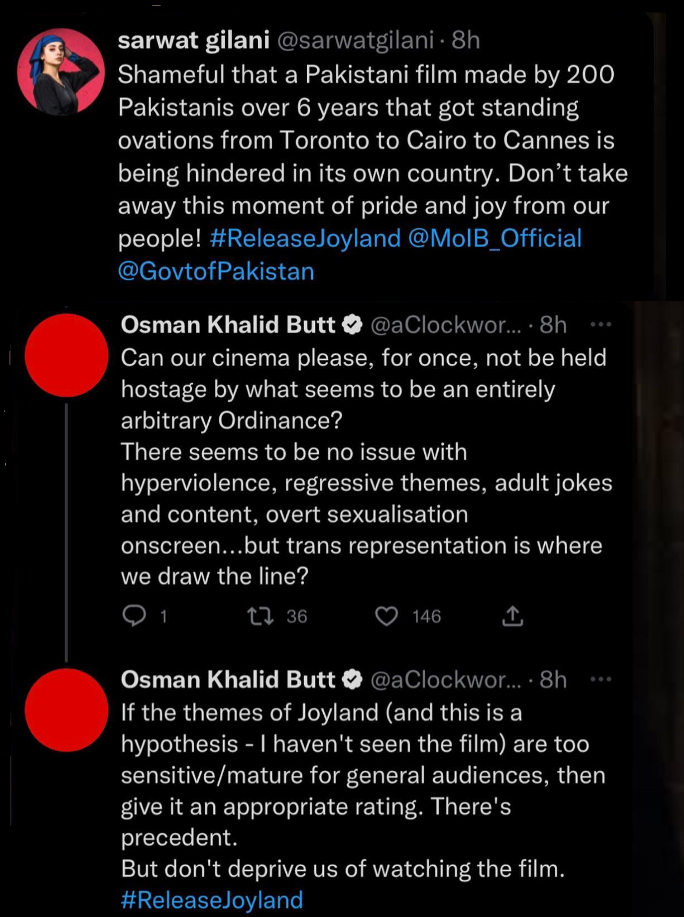 So, is the censor board’s decision justified? Share your thoughts with us in the comments below.