“I Lost Faith in Humanity so I Needed a Break,” Says Hania Aamir on Being Away From Social Media 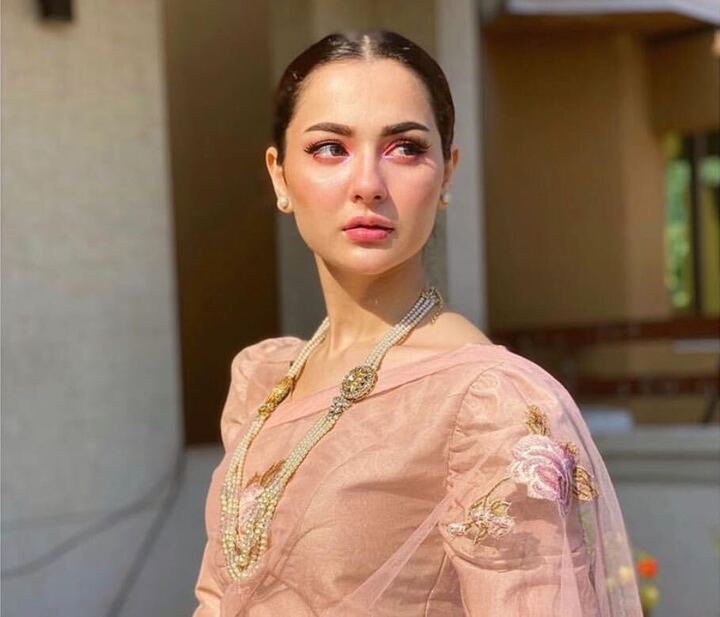 Pakistani actress Hania Aamir who entered the industry because of her presence on social media, has been absent from all platforms for the past couple of months.

She was present on many social media platforms while presenting a fairly extroverted personality. In fact, she was the only actress who put up snippets of her busy work and personal life on social media, mainly on Instagram, but suddenly, she disappeared.

In a Q/A question session, a follower asked the actress, “Why u are not active as u used to be on insta?”

To which the actress replied, “Don’t feel like it anymore. I’ve picked enough battles here. Voicing your opinions comes at a price, and the price is your mental health. The gossip, the mean comments, and the ‘putting each other down on the internet had started getting to me. And honestly, I lost faith in humanity, so I need a break. I don’t feel like putting my life out there anymore.”

“To be honest, I’m at peace. I like that people know less and say less. Maybe one day Instagram and I can rekindle the friendship we once had, but for now, I’m good,” she said. 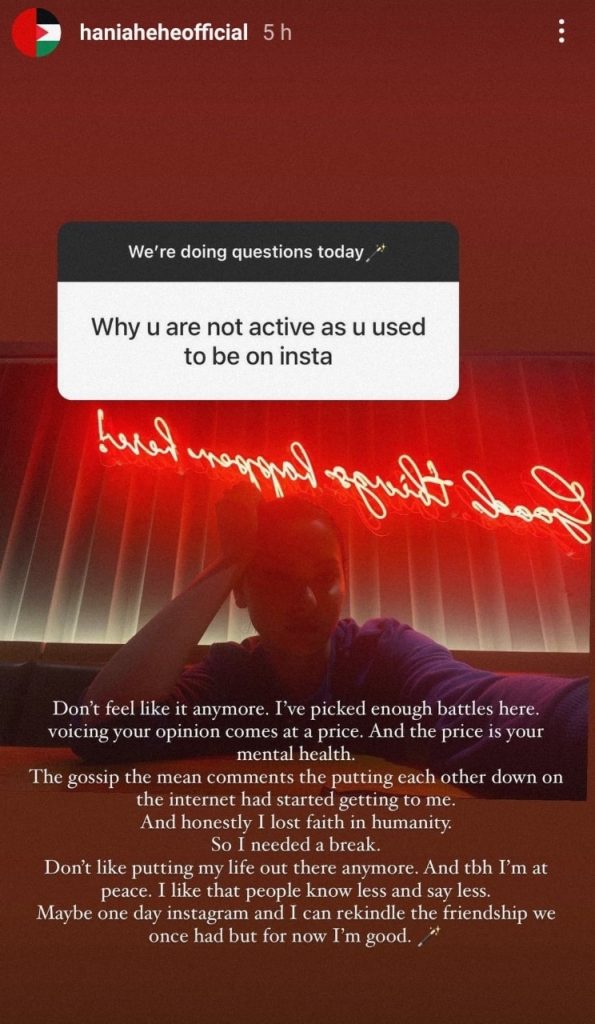 The star went through a very public breakup with singer Asim Azhar in the past year. A fan also inquired if Aamir is still single, and she replied, yes, she is single. She is not actively looking for anything. She said it doesn’t work like that, to be honest. “When it’s meant to be, it’s meant to be. God works in mysterious ways.” 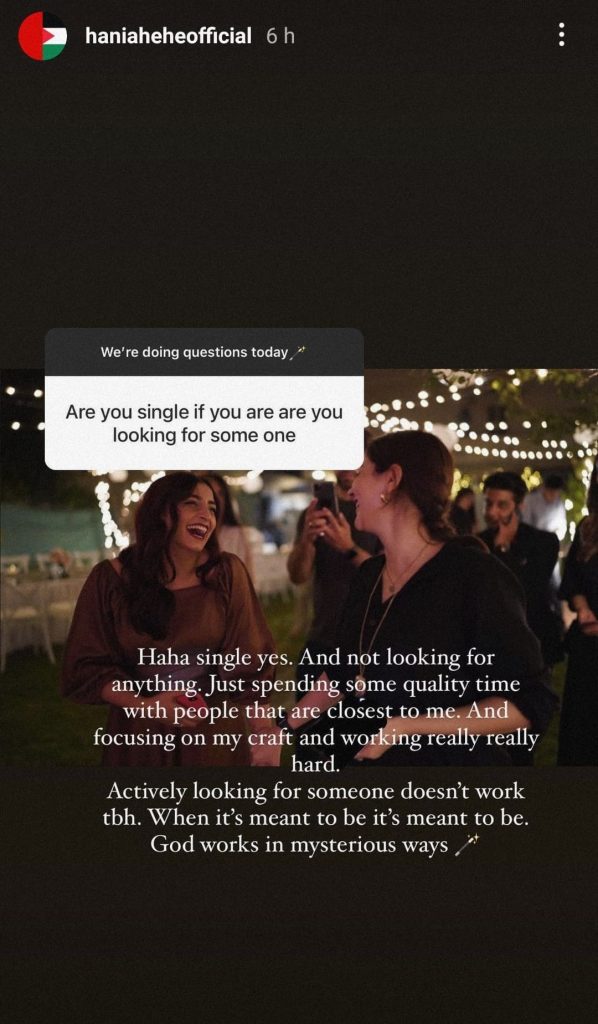 She pointed out that she is busy working on her craft and is working hard. She is currently shooting for two upcoming dramas, which should hit our Tv screens soon.

Another question inquired if the star watched the squid game. She said her reply was an unpopular opinion, but she didn’t enjoy it that much.

Over the weekend, many on social media heavily criticized Hania Aamir‘s video for being indecent. The video clip shows Hania showing affection towards Ashir Wajahat, who calls her ‘baji.’ While the scenario started getting ugly, Hania’s ex-boyfriend Asim Azhar jumped into the narrative, leaving a cryptic tweet that said, “Alhamdulilah.”

A Customer Lashes Out on Staff on Being asked to show a Vaccination Certificate at OKRA Test Kitchen, Karachi