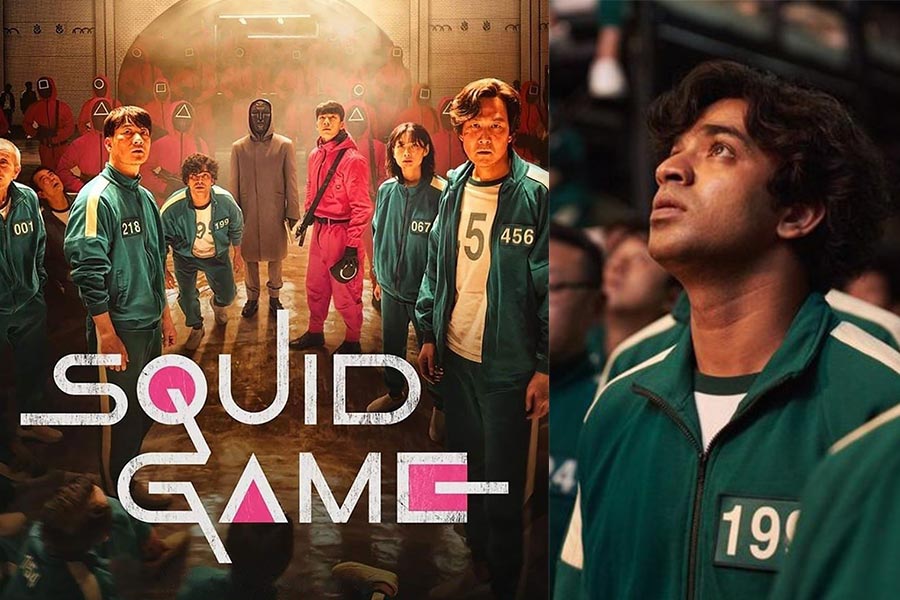 According to data from streaming rating firm FlixPatrol, it is also the first Korean drama to maintain the No. 1 spot in the U.S. on Netflix. The series comprises only 9 episodes which only proves that the K-drama is in a league of its own when it comes to television series.

Released on the 17th of September 2021, the squid game narrates the story of a group of people who put their lives at risk in a dark and mysterious survival game with a 45.6 million prize set for the winner. The show stars Lee Jung-jae, Park Hae-soo and Wi Ha-joon in lead roles.

The group compromises a Pakistani character, Abdul Ali, played by an Indian actor, Anupam Tripathi, who has appeared in various South Korean television series and films.

In the series, Abdul Ali (No.199), a Pakistani worker, enters the game to provide for his wife and baby after his employer refuses to pay him for months. We won’t give you any spoilers as to how the fate of the player escalated in the 9 episode series, but we can highlight the fact that his character has won the hearts of many fans on social media.

ali abdul was hands down the best character in squid game he was so wholesome and he was so kind
pic.twitter.com/3NZtsPwOB2

Fans appreciated Ali’s character for being innocent, human, and honest. “The history of drama and the actor nailed it with that depth in his expressions,” said a Twitter user.

a necessary appreciation tweet for Ali in Squid Game cause we don't talk about it much?? He literally slayed his role which is one of the most human and innocent characters in the history of kdrama & the actor nail it with that depth in his expressions. *claps* pic.twitter.com/XumsC7mCfD

He was the most unproblematic character on the show!

Ali is the most unproblematic & best character of squid game. Fight me!
I want Justice for him!! pic.twitter.com/lc9RZfgwJJ

best character on the show, no contest https://t.co/ozx8SuRYXP

Spoiler alert ahead: Ali’s death had a major impact on the fans following the show closely

SQUID GAME’s Mantra: “Everyone is equal while they play this game. The players get to play a fair game under the same conditions.”

Many are demanding director’s justice for Ali’s character

i just finished the squid game and all i’m gonna say is ali deserved the world 😭 pic.twitter.com/9Y8TKpeemP

me to anyone who has anything negative to say about ali in squid game pic.twitter.com/Ox4dbQABG8

The character is described as “wholesome and selfless but naivety got the best of him,” said a user.

so so wholesome and selfless but naivety got the best of him 💔 https://t.co/sdokT2Ll4d

Watch the trailer of the show below:

How You Can Get a Free Ticket to Dubai Expo 2020