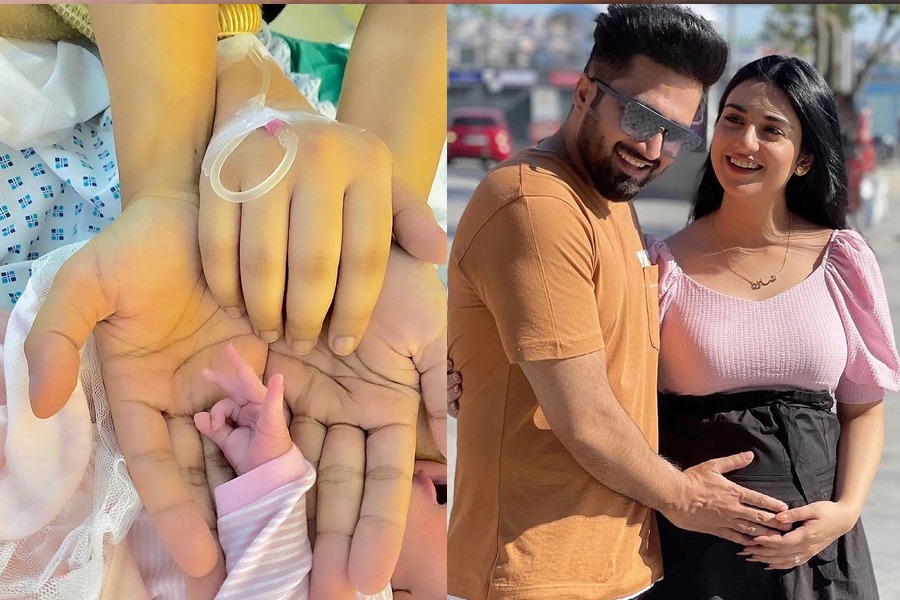 Pakistani actress Sarah Khan and Falak Shabir have finally become parents. Their firstborn baby girl was born today, on a Friday. Unlike most couples, the duo had already decided the name of their firstborn child, a baby girl, revealed by Falak on social media.

A few weeks ago, Falak had shared a glimpse of his baby girl’s nursery, and fans were pretty quick in guessing that the couple is expecting to welcome a baby girl sometime soon. In the short clip, fans witnessed Alyana’s nursery, which seemed minimalistic and full of bare necessities for a newborn child, such as the crib, closet, shelf, and a side table. There were outfits picked and organized, hanged neatly in a while closet, all ready to welcome the child. The item that caught fans’ attention the most was a human-sized teddy bear placed on the bed sheet.

Sarah Falak and Falak Shabbir are expecting their first child any time now. The couple first announced their pregnancy in June. Just recently, the father to be shared a glimpse of their first baby’s nursery. The nursery looks minimalistic as it should be, with bare necessities that include a crib, closet, shelf, and a side table.

“I Lost Faith in Humanity so I Needed a Break,” Says Hania Aamir on Being Away From Social Media