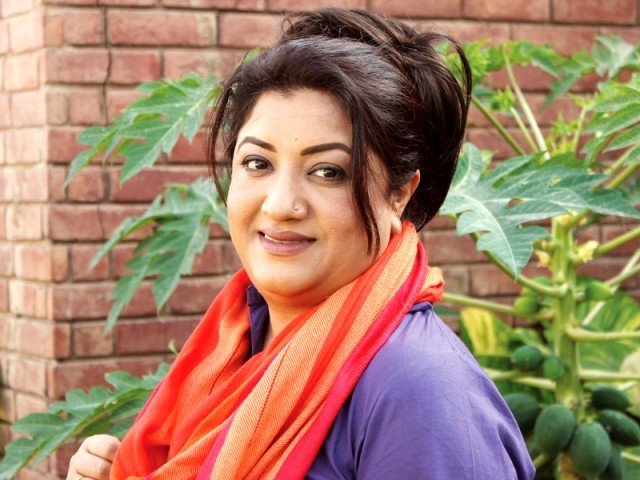 The actress was invited to Good Morning Pakistan’s “Shan-e-Suhoor” alongside co-actress Ayesha Omar. Host, Nida Yasir, interviewed them. While asking many questions, Yasir questioned Hina about why she was still single. Omar, seated next to Dilpazeer, jokingly intervened and said she would be asked the same question next.

In response to Nida’s query, Dilpazeer revealed what had transpired in her personal life, “I didn’t find someone worth loving whom I could get married to and when I found him, I was too busy with my work.”

Yasir then asked, “That someone didn’t wait for you?” Dilpazeer said, “No, no, he didn’t.”

She said, “I’ve no regret of not marrying again and living a single life. I think we should trust Allah’s plan and should never regret what so ever happened in the past. If I ever found a good human being, I’ll surely consider him and move forward in my life”.

Actors Aijaz Aslam, Sahiba Rambo and Hina Dilpazeer will be appearing in an Eid telefilm called Kaanpain Taang Rahi Hain. The show is produced by Zeeshan Khan under the banner of TNI Productions and directed by Mazhar Moin. The film follows the story of a woman who wants to be rich and comes up with schemes to get what she wants but keeps failing.