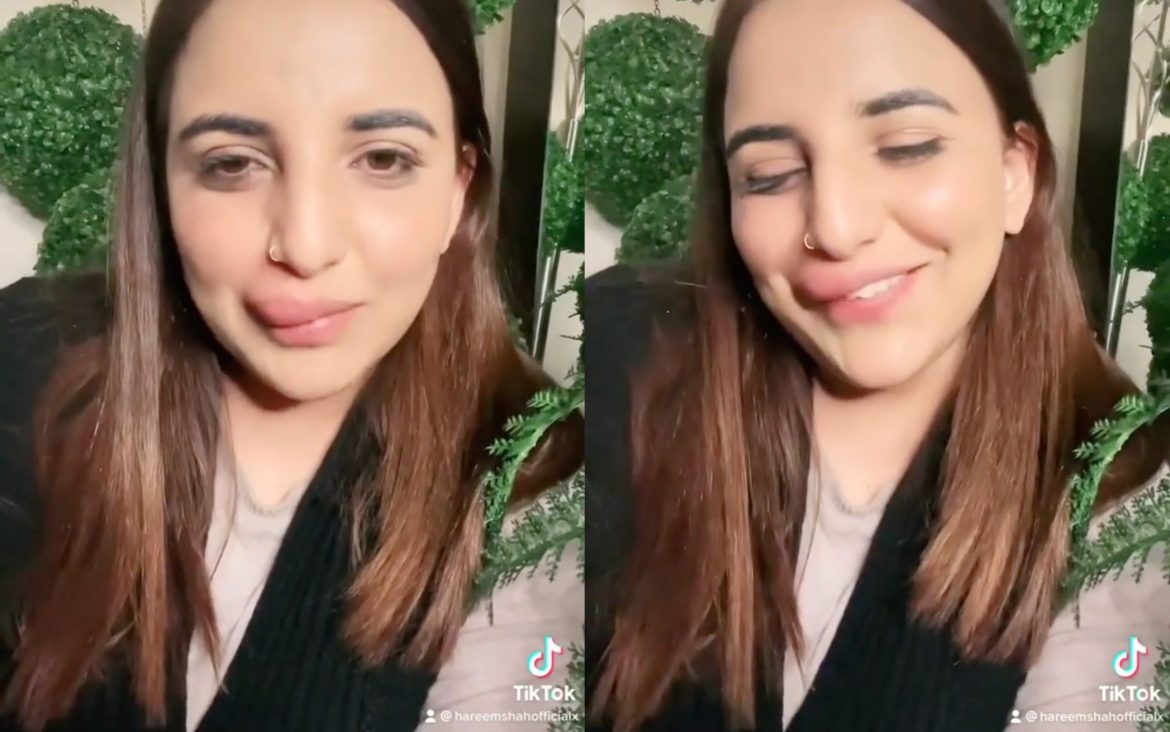 TikTok star Hareem Shah appeared in a clip on Instagram with a swollen lip, explaining to her fans that she had gone to get her lip fillers at a clinic in the UK. However, she left without completing the procedure.

She left the procedure midway because she found out that The Federal Investigation Agency (FIA) had frozen her bank accounts, which means she no longer has access to her money. Hence, she left midway to save up what she was left with.

As reported earlier, the investigation agency has written letters to the banks in Lahore and Karachi, where Shah owns the accounts, to freeze them until the inquiry is carried out.

The Federal Investigation Agency (FIA)  has launched a money-laundering investigation against Shah after she announced in one of her videos on social media that she traveled to the UK with a huge sum of money without anyone stopping her at the airport. Shah had traveled from Jinnah International Airport to Doha on the 10th of January.

Shah Takes a U-Turn From Her Statement

After finding out about the fact that an inquiry is being held against her after she made these claims in her video, Shah took a u-turn from her statement. She said she was joking, and the video was made for fun purposes.  Safe to say, Shah, appearing in another video is a sign that she has nothing to be afraid of.

Yesterday, a clip of Pakistani TikToker Hareem Shah went viral on social media. She can be seen with two stacks of British pounds in her hands, claiming that she could travel with the amount by air from Pakistan to London, United Kingdom. In the clip, Shah claimed she easily and safely traveled with the amount; however, Pakistani law doesn’t permit her. She warns others that the authorities catch people, but no one says anything to her.