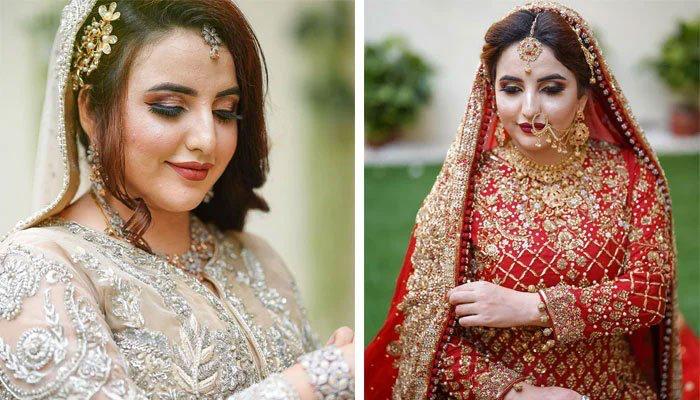 Pakistani Tiktoker Hareem Shah has been making headlines for the past week after pictures of weddings made rounds on social media. Well, essentially a photoshoot of her in a bridal and valima outfit. At first, a picture of her hand with a diamond ring went viral on social media, and then the pictures appeared.

Shah announced she had tied the knot with a PPP minister

She announced she has finally tied the knot – everyone was super excited to learn who the husband was. Only to find out that he is a politician affiliated with Pakistan Peoples Party (PPP).

During this time, a lot of fans connected her to big names in the political field. She requested not to do so. Fans questioned why she wasn’t revealing her husband and what is this anticipation all about. She then revealed her husband has a first wife and he’s currently sorting things out with her and that as soon as that is done, she will reveal all the details.

Today, PPP’s Chairman Bilawal Zardari was asked by a Geo News reporter in Islamabad to which PPP provincial minister is Hareem married.  He replied: “These are all rumors being spread to divert attention from [other] problems. No such thing has happened.”

Finally, the truth came out

It was later revealed by Shah that it was her make-up artist Kashaf’s salon for whom she did the promotional photoshoot. All accessories and dresses were sponsored.

Pakistani TikToker, Hareem Shah, one of the top 10 people who were most Googled in 2020, revealed pictures from her wedding. She has finally tied the knot after all these years. What is surprising is that she never revealed her husband to the media. However, everyone is talking about her beau being a Sindhi politician affiliated with the Pakistan People’s Party (PPP). Apparently, according to some sources, he is a minister.

Scrunchies From 90s Back in Fashion: Summer 2021 Hair-Accessory Trend