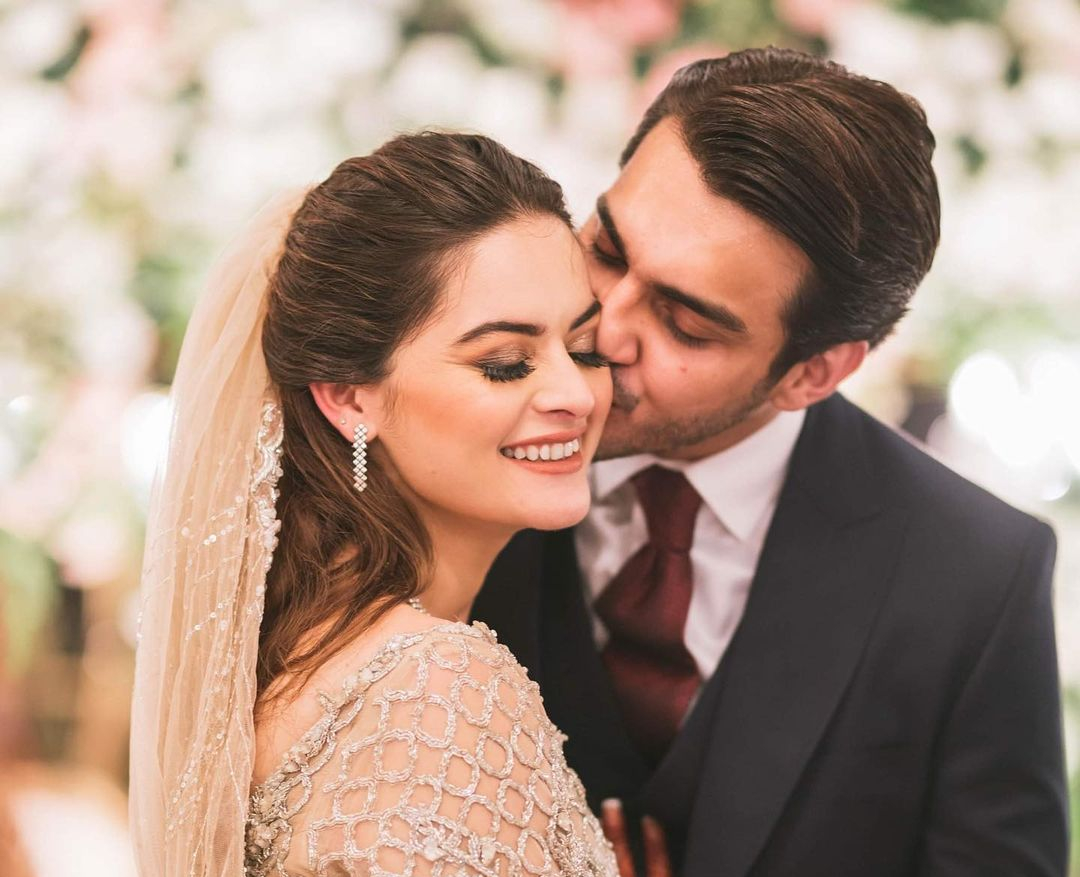 Having a twin is always fun! Everyone can confuse you for your twin and this remains a lifelong joke for your family and friends. Things are pretty similar for Pakistani celebrities Aiman Khan and Minal Khan who have successfully confused fans on-screen and off-screen.

But who would have thought guests at Minal Khan’s reception will get confused between Aiman Khan and Minal Khan? A clip has surfaced on social media from Minal and Ahsan’s wedding reception last night where we see a guest approaching Aiman Khan who is seated on the stage for some photographs assuming that maybe it’s the bride, Minal Khan. This was truly a hilarious sight.

Once Aiman noticed the guest had gotten confused between her and her sister, she got off her seat to clear the confusion and informed her that she’s Aiman. She then directed the guest towards her sister somewhere in the crowd.

The two ended up donning dresses that were familiar given the colour of the family and the style of the dress. Anybody could’ve gotten confused easily.

Ahsan and Minal, who tied the knot on Friday stepped into their reception ceremony looking like a dream. Minal slipped into a head-to-toe ivory tail gown while her husband, Ahsan wore a black suit and a maroon tie.

Minal’s dress is from erumkhancouture. She wrote on Instagram, “I am wearing this beautiful dress made by my only one @erumkhancouture , makeup by the sweetest @sarasalonandspa_ . My dream event by @parfaireevents and all thanks to my Photogher/Videographer teams. @mahasphotographyofficial @farazmirzaweddings”

Just a few weeks ago, Pakistani actress Minal Khan got engaged with Ahsan Mohsin Ikram. We see their adorable clips and pictures popping on our feed often. Yesterday, when karachities witnessed their first monsoon rain, the two were spotted having the time of their life in each others company, as anyone should. After all, the weather was great!