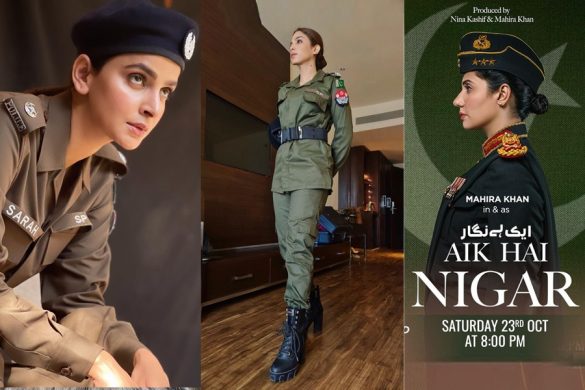 Pakistani dramas have exhilarated with time, and many are acknowledged globally for their unique narratives. However, there was a real need for a different narrative that didn’t portray characters of women stuck in distressed marriages, victims of domestic or emotional violence, forced into marriage, or assaulted.

Many filmmakers and drama makers recognized the issue at hand and created opportunities for actresses to play more vital roles in authority. People thoroughly enjoyed films such as Ek thi Marium and Perwaaz hain Junoon, where we saw actresses playing notable roles, some also inspired by real-life national heroes. 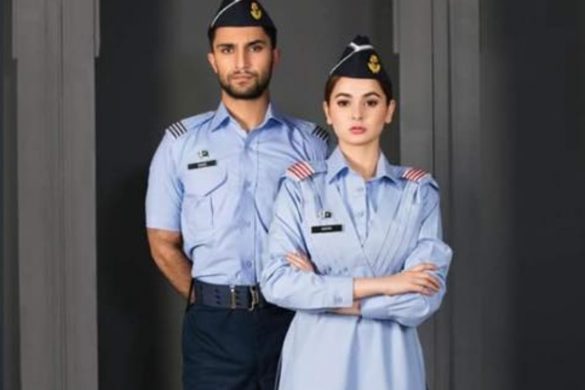 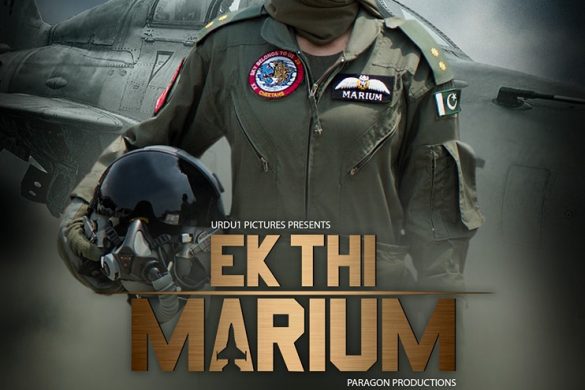 We have noticed since then, repeatedly, Pakistani actresses have appeared in uniforms on social media, announcing their characters in authoritative roles on tv and in films.

Recently, we witnessed Mahira Khan, Ayesha Omar, Sajal Aly, Sonya Hussyn, Kubra Khan, and Saba Qamar appear in uniforms on social media to announce their upcoming characters. While this may have become a trend, we are here for it, to enjoy women on tv and in films playing different roles. Let’s have a look at them:

Ayesha Omar will be playing the lead interrogation police officer’s character in the upcoming crime thriller, The Untold Story of a Serial Killer – a film based on the true story of an infamous serial killer and child molester, Javed Iqbal.

Pakistani actress Sonya Hussyn will be playing the Superintendent of Police Sara Sikander role in a multiverse media production penned by Umera Ahmed and directed by Adnan Sarwar. She said in her Instagram post, “Get ready to welcome a character I am more than delighted to share with you guys, very soon!” 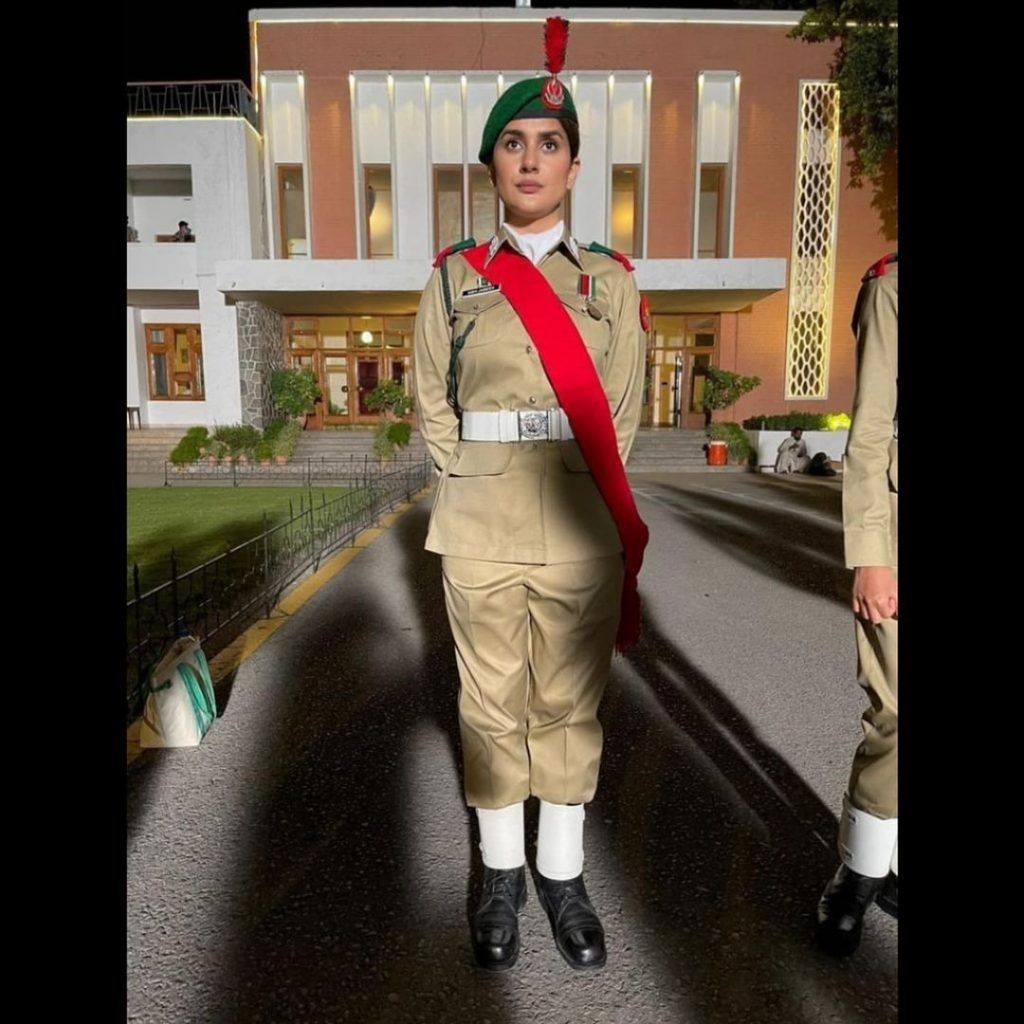 Sajal Aly also appeared in a Pakistan army cadet’s uniform for the drama Sinf-e-Aahan, powered by ISPR. The looks of Syra Yousuf, Yumna Zaidi, and Ramsha Khan have not yet been revealed. 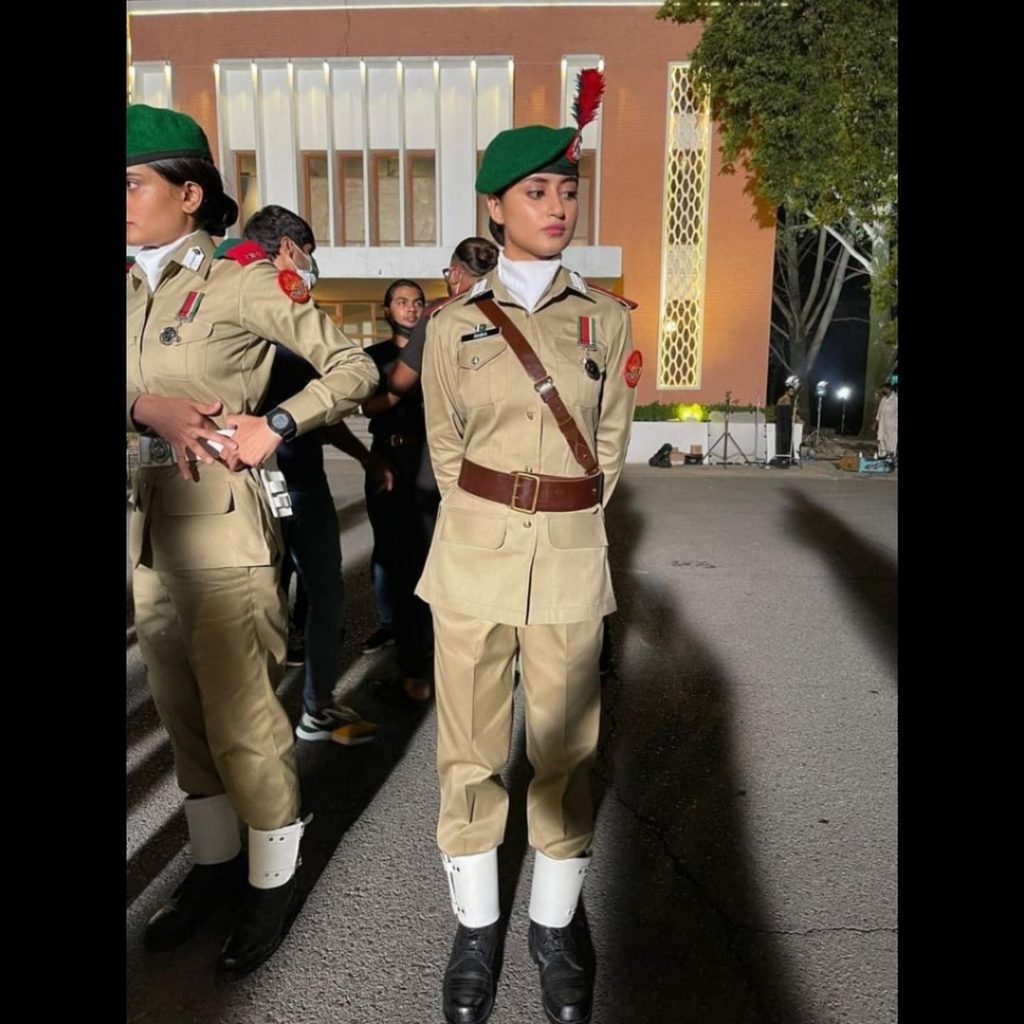 Pakistan actress Saba Qamar announced her upcoming project, Serial Killer, in an Instagram post. The actress is dressed in an SP uniform. The actress said in the post, “Couldn’t say no to another good script after Maat, written and offered by our intellectual genius Umera Ahmed.

Pakistani actor Yasir Hussain has revealed the first look playing the infamous Javed Iqbal, a child rapist, molester, and murderer from 1999. It is for the director Abu Aleeha’s upcoming crime thriller, The Untold Story Of A Serial Killer. Reportedly, Ayesha Omar is also part of the film, and soon character will also be revealed.