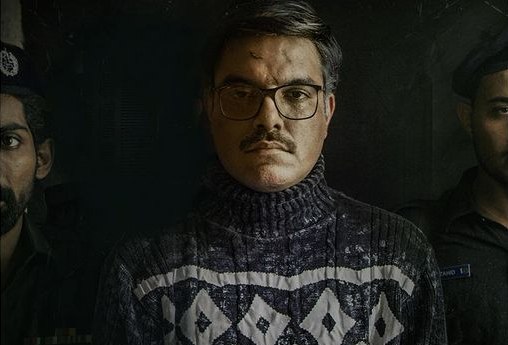 Pakistani actor Yasir Hussain has revealed the first look of him playing the infamous Javed Iqbal, a child rapist, molester, and murderer from 1999. It is for the director Abu Aleeha’s upcoming crime thriller, The Untold Story Of A Serial Killer. Reportedly, Ayesha Omar is also part of the film, and soon character will also be revealed.

In 1999, Javed Iqbal admitted to killing and dismembering over 100 young boys ranging in age from 6 to 16 from the streets of Lahore by sending evidence of his crimes to a media group and the authorities. The film revolves around authorities investigating the case and Iqbal’s heinous crimes.

In the poster, Hussain is dressed in a monochrome sweater mimicking the serial killer when he was arrested in front of the public and media. The poster has been revealed to share Hussain’s look. However, the official posters and teasers will be released soon.

We can’t wait to see what role Ayesha Omar is playing in the crime thriller. “We will also reveal Ayesha Omar’s look alongside Hussain’s for the film,” the director said. 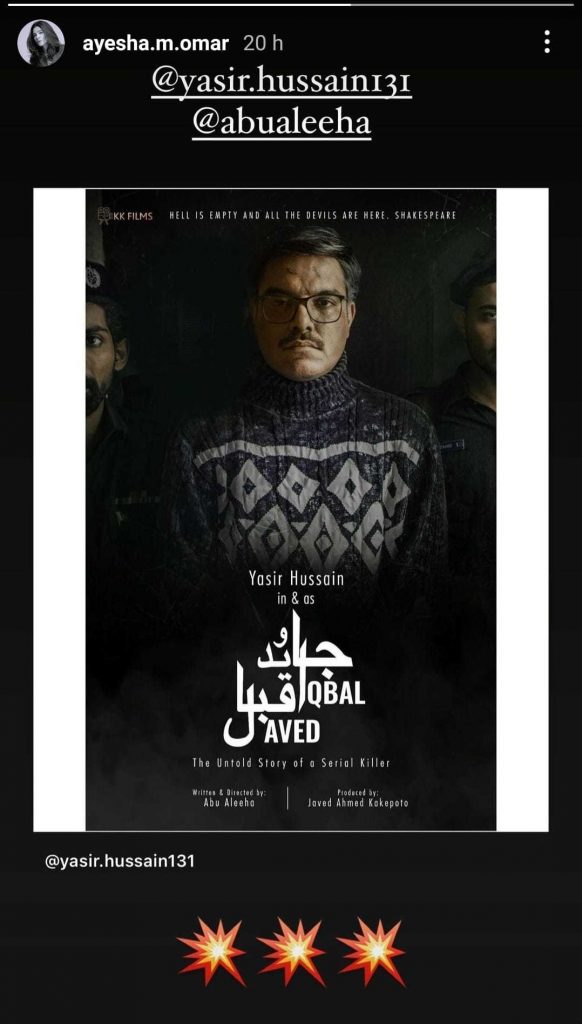 With the COVID-19 restriction still in place, we don’t know yet if we will be able to see the film in theatres. We do hope to see it as soon as it is released. The film is due to be released in cinemas. The date, however, has yet to be confirmed by the filmmakers in a few weeks.

Yasir Hussain is back in the headlines, but he’s not stirring up a controversy with his statements this time around! He recently interviewed a drug addict during the month of Ramadan. Apparently, Yasir gave the young individual a ride while he was on his way and recorded what he had to say about the addiction. In the holy month of Ramadan, alcohol, and drug supplies are suppressed, and so we often spot addicts in pain and agony on the roads.

Here is How this 16 Year Old Pakistani Teenager Earns Rs.6 Lakhs a Month