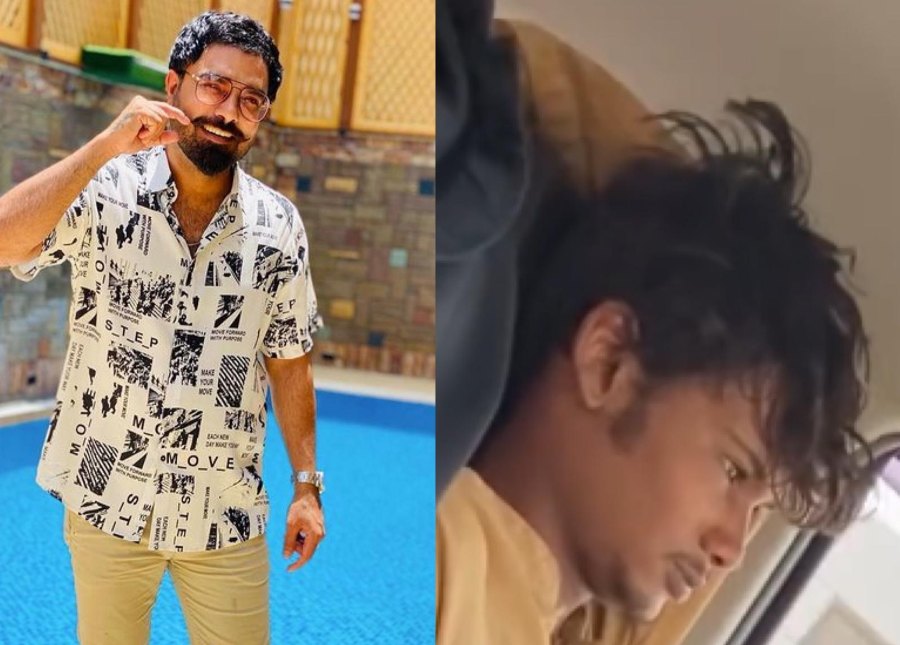 Yasir Hussain is back in the headlines, but this time round he’s not stirring up a controversy with his statements ! He recently interviewed a drug addict during the month of Ramadan. Apparently, Yasir gave the young individual a ride while he was on his way and recorded what he had to say about the addiction. In the holy month of Ramadan, alcohol and drug supplies are suppressed, and so we often spot addicts in pain and agony on the roads.

From the video frame, we can tell, Yasir is secretly recording the clip of the individual to who he has offered a ride. In the clip, he asks the addict, “Aek heroin ka token kitnay ghuntay chul jata hay?” ( how long does the effect of heroin last ?) to which the addict replies, “do ghuntay”.( 2 hours )

After hearing that a single dose works for just 2 hours, the actor says, “Bus?” The addict responds he takes it twice a day and stays in the buzz for the rest of the day after the first two hours. The reason behind his consuming heroin wasn’t clear, but he said I do it to ‘pass the time,’ even when Yasir gave him a plethora of options as to why he must not do it.

The addict obviously also has trouble with money. He tells Yasir he cleans cars and makes a little amount that he uses for the two dozes, one in the morning and one in the evening. On insta, Hussain is being criticized for posting the clip. The actor said in a recent interview that people could easily unfollow him if they don’t appreciate his content.