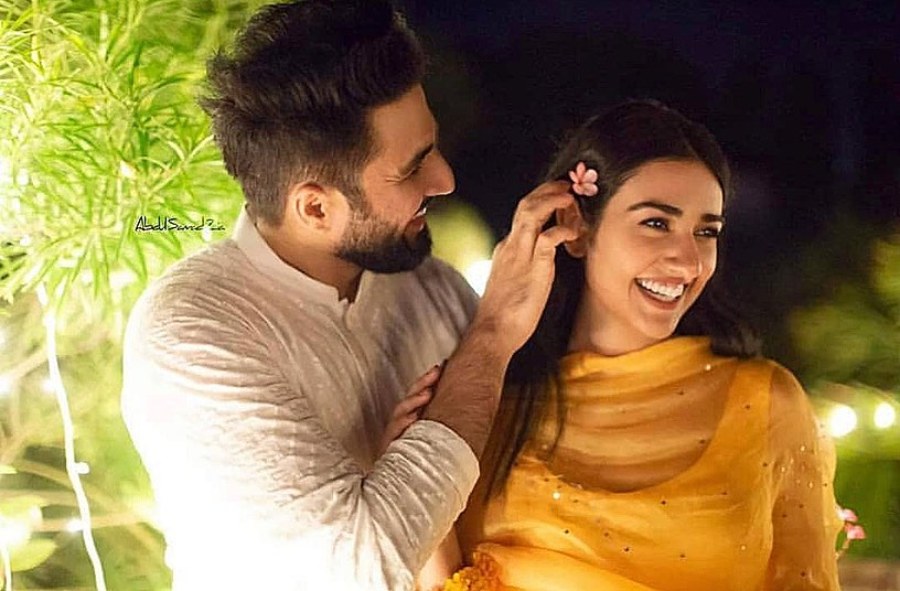 Sarah Khan and Falak Shabir make possibly the cutest couple in the industry at the moment. The two are often seen expressing their love for each other on social media and appreciate the little efforts that each makes for the other. In a recent interview with BBC Urdu, Sarah Khan spoke about her relationship with Falak and what she likes most about her husband.

One important aspect Khan touched upon was that “We Always Show the Negative Side of Men” to others.

The interviewer asked Sarah that the two are often seen posing with flowers and displaying affection in public and who clicks these photos for them? Sarah replied that a flower means nothing, but when Falak does little things for her, she wants to share it with the world.

She also said that when the couple got married, they shared all their events with their fans on social media, so she also wants to share little moments that show the positive side of her husband. Here, she mentions nowadays on social media how men are often spoken about negatively.

There are still men out there like Falak who appreciate their partner as much as they can daily and such people, such stars, that so many people follow show how they appreciate their wives. This in turn becomes a lesson for others to treat their wives better.

The interviewer also asked Sarah about a picture of her circulating on social media where she seems to have been admitted to a hospital. Khan cleared the air and said she was indeed sick. She had returned from Istanbul and was on a shoot when she started feeling really sick and so was admitted to the hospital with severe migraine and typhoid like symptoms. We hope the star is feeling a lot better now. 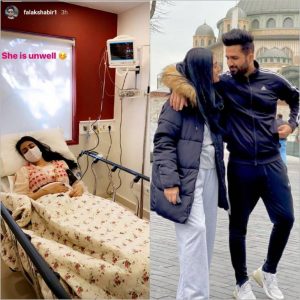 7 Women Made it to Pakistan’s Top 10 Most Googled People in 2020. Read the full story here:

Pakistani singer Falak Shabir got married, Sarah Khan. The events that took place from Falak proposing to them getting married made headlines this year.

“I regret naming Alizeh Shah as being a...