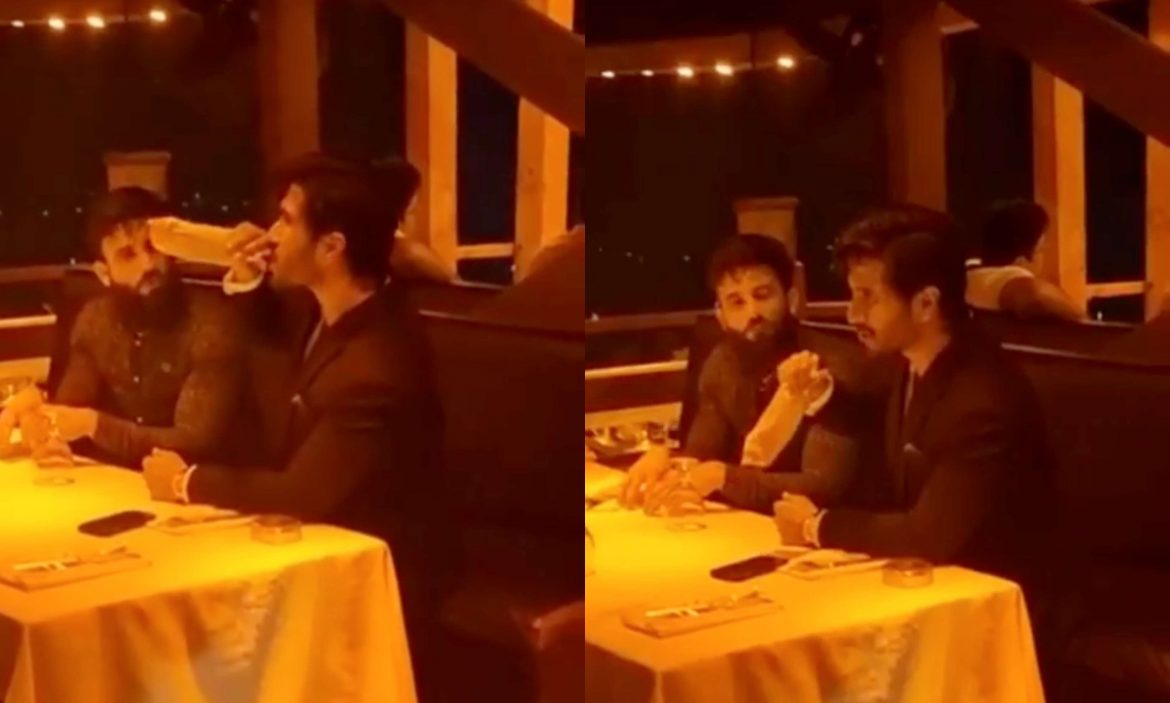 Pakistani actor Feroze Khan was recorded earlier this week in Karachi’s Do Darya by an onlooker while hanging out with a couple of his friends at a restaurant.

In the clip that went viral on social media, while Khan hung out with his friends, he sipped from a mysterious bottle covered with brown paper. Khan has come forward and cleared the air in response to the clip.

He said, “Hey guys, there’s a video doing rounds on social media while I was having my private time with my friends. Aur sub apna apna opinion lay kur arahay hain [Everyone has their own opinion]”. As suggested by many social media users, Khan then unmasked the bottle underneath the brown paper and revealed it was a drink and not a beer bottle.

He added, “Har baat ka butangar buna laitay ho. Aur mein kisi ko jawab day kyun hoon kay mein apni private life mein kya kurta hoon [Why do people twist everything and I’m not answerable to anyone of what I do in my private life].”

The following clip shows Feroze sipping from a bottle covered in brown paper. Before his video came out with the explanation, people assumed he was consuming alcohol in a public restaurant.

People online were baffled after witnessing Khan’s clip, who has often portrayed himself as pious. He also follows a Sheikh for advice, who is also quite popular among fans.

Someone pointed out a drama was being shot at the restaurant, and this footage was taken during the shoot.

A user claimed he couldn’t possibly do this in public even if he drinks. There must be something else up while the clip was being recorded.

Pakistani actor Feroze Khan has finally joined the Chinese app TikTok this week. He has already garnered 105.8K users on the app. You would expect Khan to appear in one of the trending videos or something or the other that is pretty much in on the app. However, the star has different plans for his content. He has posted his first video on the app already, where he is seen getting ready to distribute food to the needy in the streets.

IWD 2022: Rida, a Mechanical Engineer Talks About How She Chose to #BreakTheBias