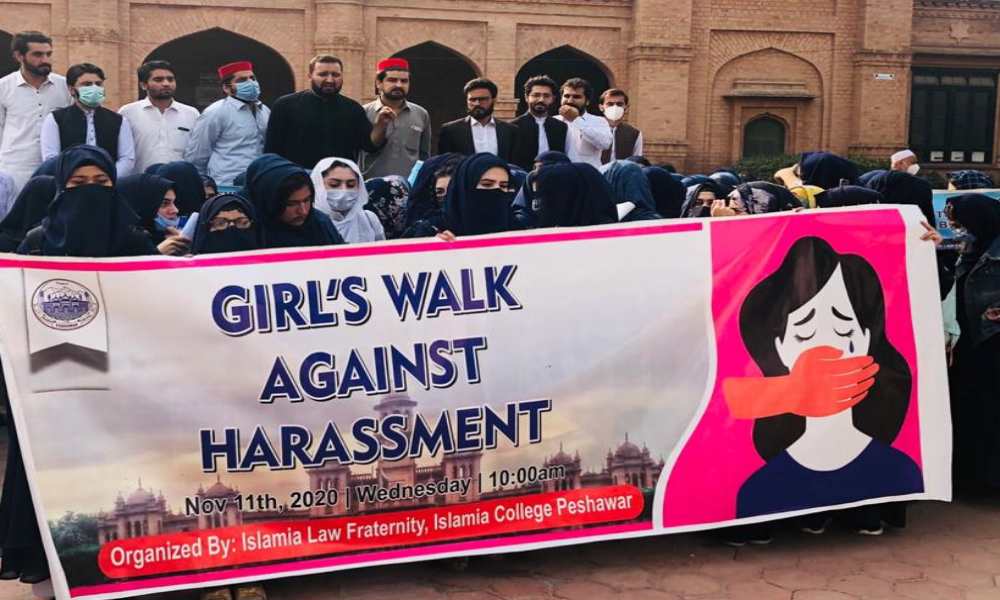 On Wednesday, female students of Islamia College University in Peshawar protested against increasing harassment cases by professors of the university on campus. They demanded the admin to take strict actions against the guilty. A large number of male students also attended the protest side by side and supported the demands made by female students during the rally. 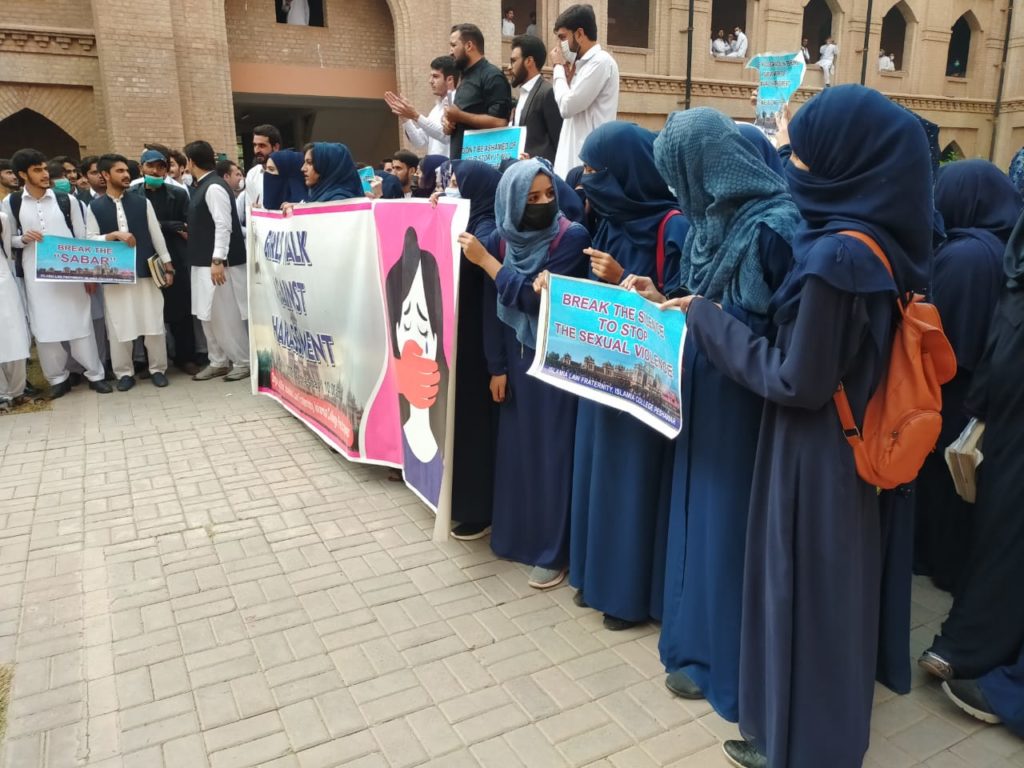 Slogans were chanted during the rally by male and female students that was held on campus from Ahmed Faraz Block towards the office of the vice-chancellor. They said, not only teachers, but male students also passed filthy remarks and blocked their way. No one can concentrate on obtaining knowledge when the environment of the university is hostile.

The girls said that they are seeking ‘justice’ from the administration, ‘war’ will continue till women are harassed, and ‘harassers must be hanged’. Many students also walked with placards inscribed with different slogans against the campus harassers.

The women present in the rally said that the administration must set up a system where complaints can be made to a focal person regarding harassment cases taking place on campus. A committee that is already formed in the university has not taken any action against the guilty as yet of existing complaints.

Under the law, Article #509 of PPC harassment in public/working space is legally proscribed & the offender can be punished up to 3 years imprisonment or fined Rs 500,000.

Today students of #IslamiaCollege have arranged a walk against harassment in their University. After amendment in 2010 to Article #509 of PPC #harassment in public/working space is legally proscribed & the offender can be punished up to 3 years imprisonment or fined Rs 500,000 pic.twitter.com/zYAAfqWjL6

During my Islamia College days I am also witness of such incidents, one of my female friends and a teacher has same story. The suspended VC is one of the victimizers in a case also

This is the very first time that women in the area have come together and protested against the harassment.

Today female students protested against teachers harassment at the very famous Islamia College, #Peshawar.
I consider this a new paradigm in Pashtun society, because this is the very first time that female stood for own-self in education institutions. pic.twitter.com/3Bf0inT7nG

We’re incredibly inspired by the brave students of Islamia College University for highlighting the systemic issue of sexual harassment on campuses across the country. #metoo 1/3https://t.co/D35jqna2Ps

Students have suffered for far too long, from the unauthorised surveillance and blackmailing of students in the University of Balochistan to young students from schools in Lahore.
They will no longer choose silence! #metoo #saynotosexualharassment 2/3https://t.co/AjbshSnCOl