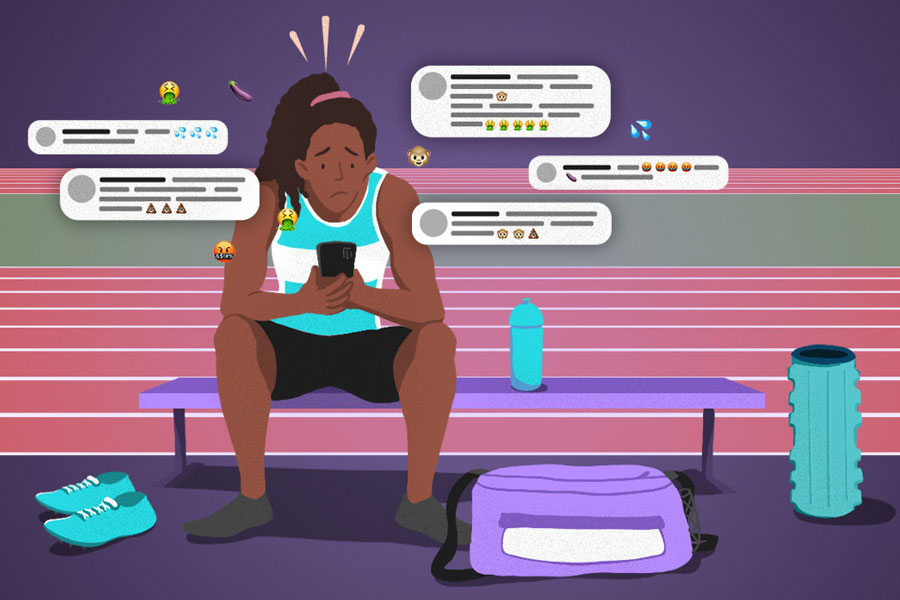 PC: Inside the games

According to a study conducted by the World Athletics Championships, female athletes are victims of online abuse and harassment.

Reportedly, 461 competitors were monitored (Twitter and Instagram) between July 10-August 1 in a bid to detect any abuse leading in and out of the championships, as well as during the event itself.

Findings revealed that sexualised and sexist abuse – overwhelmingly targeted at female athletes – made up over 40% of all detected posts. Some 427,764 posts and comments on Twitter and Instagram were captured for analysis.

Furthermore, 27 of the 461 tracked athletes, including 16 women, received targeted abuse on Twitter, accounting for almost 60% of detected abuse.

Two athletes (one male and one female) received almost 40% of detected abuse between them. World Athletics said that abuse “tended to be driven by events outside of competition – athletes were targeted over controversies associated with athletics, but not necessarily driven by results in the stadium”.

“The results of this study are disturbing but it’s important that we know where and how our athletes are being abused on social media so we can take steps to protect them and prevent future occurrences,” World Athletics president Seb Coe said.

“There is no place for abusive behaviour in our sport and we need to send a clear message to those who think athletes are fair game for this mistreatment. We won’t hesitate to sanction individuals who abuse our athletes where we can identify them.”

“When abuse types are broken down by gender, half of all abuse targeting female athletes was of a sexualised nature.”

The study further mentioned that “60% of all detected online abuse was sexual or racial in nature with racism comments depicted in the form of offensive deployment of the N-word, and in the use of monkey emojis against black athletes”.

It is highly unfortunate that athletes who represent our country have to go through this trauma, despite them working day and night to make all of us proud.

It is high time we give respect to both male and female athletes and respect the men and women who represent our country.