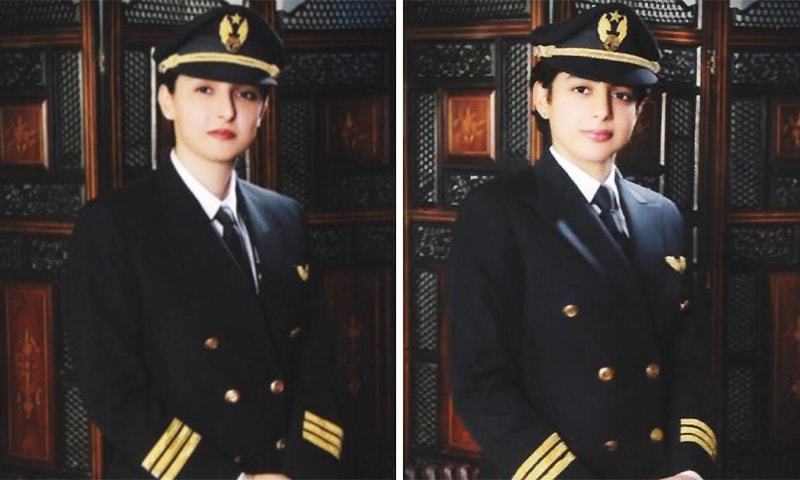 Ever since the heartbreaking Pakistan International Airlines (PIA) plane crash on May 22nd, 2020 in Karachi, PIA has suspended 150 pilots carrying fake licenses. These pilots had acquired their licenses through illegal means and cheating on their tests. What shocked the masses however was the list PIA forwarded, consisting names of the viral Pakistani sister pilots, Maryam Masood and Erum Masood, reports BBC News.

The sister duo went down in history, some years back, as the ‘first sister pilot duo’ of Pakistan, gaining major media recognition and praises from across the nation. The brave and courageous sisters had cleared the pilot exam and the flew the Boeing -777 aircraft. Women empowerment rise was praised in the country as the sisters became the first female duo to fly the air vehicle.

It was shocking and disappointing to see the names of these two in the list PIA forwarded after the suspension of the 150 pilots holding fake licenses.

As BBC News reported on 29th June 2020, PIA has grounded 150 pilots over claims of suspicion of fake licenses. The aviation minister of Pakistan Ghulam Sarwar Khan, informed Parliament on Wednesday that most of the pilots, hired by ex-government, have held invalid licenses and cheated in their tests.  News is that no fresh recruitment of pilots has been done since 2018.

One twitter used shared the news with broken hearts emojis:

Soon he was bashed by other twitteratis who aren’t so forgiving and want the sisters to be held accountable:

So what’s heartbreaking in this..they should be held accountable along those who got them job …

The names of both these sisters,PIA pilots, are on the list of fake licence holders!
One of them is Maryam who made that crazy landing in Gilgit where the plane almost ended up on the road across runway-a mistake you cannot afford in Gilgit.#PIA pic.twitter.com/8bv87jzK97

One of them was sleeping on 777 flight from Europe when Czech ATC tried to contact for 50 min. Some rich fathers daughter in path to kill people

The initial investigative report into the PIA plane crash of 22nd May revealed the crash being a consequence of human error on the pilot’s part as well as air traffic control. Ghulam Sarwar Khan referred to a wider government probe launched after a different crash then the recent one and shared the initial report findings.

He further revealed that after a detailed investigation, post the 2018 crash, it was found that the test date on the pilot’s license was a public holiday revealing that the test could not have possibly be taken on that day- clearly suggesting it was a fake license, BBC news reports.

Khan went on to say that inquiries have discovered 260 of Pakistan’s 860 on-duty pilots possessing bogus licences or had cheated on their tests.

PIA pilots’ fake qualifications have been probed by the aviation heads since 2018 but not much was revealed until now.

PIA has undergone 10 significant crashes since 1965 but all in vain as no major improvements have been made yet! Patronage politics is prevalent in the organization leading to major recruitments; this makes it one of the most overstaffed airlines in the world.

Is this how trivial human life is for these pilots? All they care about is getting ahead in their careers and making money? This leaves us in despair and utter shame.

What do you have to say about this story? Write to us in the comments section below.

Stay tuned for updates and news!

Malala Yusafzai To Be A Keynote Speaker At LUMS Convocation Ceremony 2020?