Saturday, November 26 2022
Top Posts
Reddit User Shares The Trauma of Growing Up...
Pakistan’s ‘Justin Bibis’ Featured on Brut India
3 Shows to Remember Legendary Actor Ismail Tara
LSA Issues Statement Over Backlash on Nomination of...
This Couple is Debunking the ‘Log Kya Kaheinge’...
Meet Rabeeah Diwan, a Karachiite Who Created Her...
Why I Should Write My Paper Cheaply?
Wimbledon Relaxes All-White Clothing Rule for Women Over...
FIFA World Cup 2022 to have Female Referees...
3 Essential Life Lessons You Learn from Female...
EntertainmentMovies 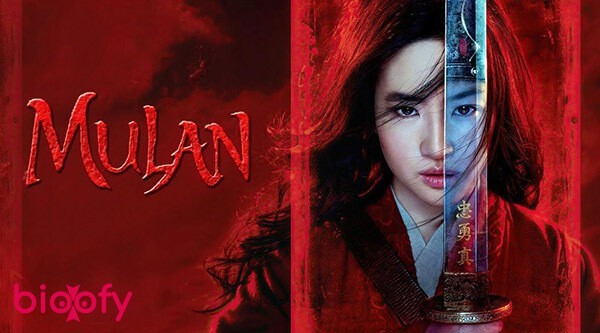 Latest remake of Disney’s popular live-action ‘Mulan’ is one of its adored animated movies. Not just adored, but also happens to be one of the best.

The remake of Disney’s  live-action Mulan was on the verge of a worldwide release on Disney, but apparently a lot of subscribers reported that they can’t find a way to purchase it.  After months of delay due to COVID-19 pandemic, Disney decided to forego a cinema release and made the film available on its streaming service, yet subscribers have to pay a certain amount in order to rent it. However, from the month of December, it will be free to all subscribers. 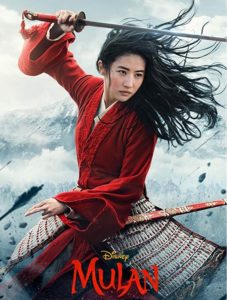 The film is based on the 1998 animated movie ‘Mulan’ and out of all the Disney live-action movies, the audience have been waiting for this one the most as it returns to the theaters worldwide.

The journey has begun. #Mulan

‘Mulan’ starring (Liu Yifei) disguises herself as a man named Hua Jun so that she could take her father’s place in war when the peculiar villain, Bori Khan (Jason Scott Lee), who threatens to kill the Emperor and take over China. Not only the cinematography and action sequences deliver a spectacular feel reminiscent of 2002’s “Hero”  but Liu is the perfect personification of the heroine and the photography is as captivating as “Crouching Tiger Hidden Dragon.”

Experience the legend. Like if you’re ready for Disney’s #Mulan. Now Streaming on #DisneyPlus with Premier Access. For more info: https://t.co/do5Ahh8PDQ pic.twitter.com/w78uPNA26G

If you’re assuming that the movie will turn out to be like any other Disney action movie, then it’s not true. While the movie stands on it’s own and feels more like a superhero film about a young girl embracing her strength rather than a film about a Disney princess, the film does full justice to pay recognition to the original.

Mulan being one of the latest classic movies, Disney is providing live-action treatment, joining Cinderella, Aladdin, Beauty and the Beast, Jungle Book and The Lion King with many many following in the future.

The movie will definitely include some amazing songs

Announced in March 2020, award winning singer/songwriter Christina Aguilera has recorded original song ‘Long Brave True’ for the live-action film and she will also reprise ‘Reflection’ a song performed by her for the 1998 animation when she was sixteen years old. Isn’t that exciting?

“The film Mulan and the song ‘Reflection’ coincided with getting me my first record deal. It’s amazing to come back to such an incredible movie that’s full of power and meaning, and that meaning holds the test of time: staying true to yourself, being who you are, and teaching how to be fearless. My new song, ‘Loyal Brave True,’ represents the fine balance between vulnerability and strength.” 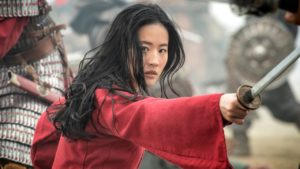 If you grew up obsessing over the animated film and teared up watching the trailer’s instrumental use of “Reflection,” you’ll definitely lose it when you see how it’s utilized in the latest remake.

Disney is under fire because of  its shooting for the latest film Mulan in certain areas of China where the government is accused of serious human rights abuses. The movie was target of a boycott already and the fans in some Asian countries called for a boycott ever since the Chinese-born actress Liu Yifei made comments supporting Hong Kong’s police who have been accused of violence against pro-democracy protesters in the recent months.

Disney is facing a backlash after it emerged parts of its Mulan remake were filmed in China's Xinjiang province – where it's alleged up to 1 million people, mostly Muslim Uighurs, are illegally detained. The final credits also thank a government security agency tasked with running the prison camps, branded so-called 're-education' facilities by the state. Mulan, a live-action remake of the animated 1998 original, tells the empowering story of a young girl who takes her father's place in the army. The film was already the target of a boycott after its Chinese-born lead actress, Liu Yifei, backed a crackdown on Hong Kong pro-democracy protesters. Tap the link in our bio 👆 to read more about the controversy and the evidence of China's mass detainment of Muslim Uighurs. #Disney #Mulan #Uighur #China #XinJiang #Film #bbcnews

However, Disney hasn’t commented on the row over the credits and the locations as yet.  China states that it’s detention in Xinjiang are important to increase security more than ever. Social media users noticed on Monday that Disney has thanked plenty of Xinjiang government entities along with the public security bureau of Turpan city and the “publicity department of CPC Xinjiang Uyghur Autonomy Region Committee”.

You know, the place where the cultural genocide is happening.

They filmed extensively in Xinjiang, which the subtitles call “Northwest China”#BoycottMulan pic.twitter.com/mba3oMYDvV

The advocates of Human Rights have called on Disney to be completely transparent and honest about its dealings with authorities in Xinjiang. Disney shared it’s script with Chinese authorities and consulted with local advisers in order to guarantee a release in China according to a report in the Wall Street Journal

“Disney should disclose the details about the human rights due diligence it had conducted — if there was any — before making the decision to film in Xinjiang, what agreements it had made with Xinjiang authorities in order to do the filming, and what assistances it received from authorities.”

What are your thoughts on this? Let us know in the comments down below.