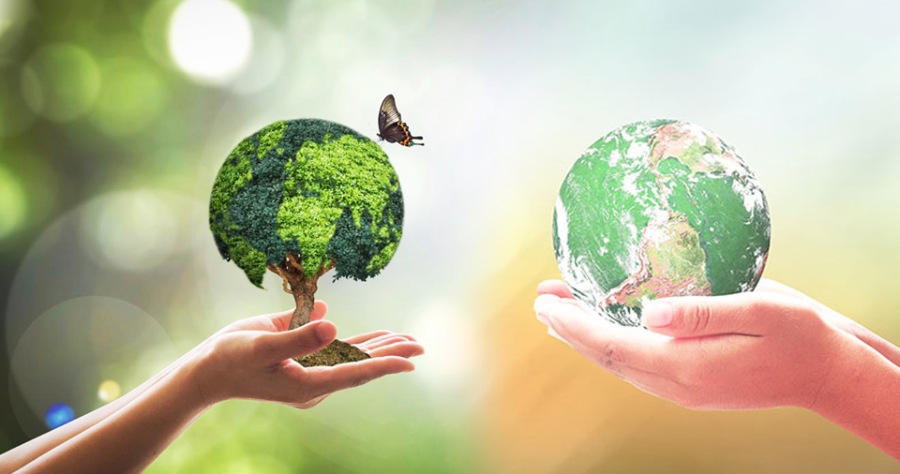 Countries across the globe will come together tomorrow to “Restore Our Earth” this Earth Day 2021.  This year’s theme is all about restoring our planet after causing damage for all these years. United Nation’s main focus this time around is climate change due to the devastating changes our planet is witnessing or will face shortly.

Mark your calendars! 22 April is International #EarthDay. Unite with #GenerationEquality to take #climateaction for this year's theme, "Restore our Earth." pic.twitter.com/Y84nsXtnMi

For this generation, climate change represents one of the defining issues; from catastrophic storms, severe droughts to increasing global temperatures and rising sea levels, our planet is changing, not for the better. So it is naturally on us to do our part to stop the harm caused to our environment.

As one-third of the world right now is under stay-at-home orders due to the pandemic. Climate activists are finding other ways to bring awareness to their cause and new ways to take action. This year on Earth Day, the UN wants all of us to learn from how the pandemic is affecting our planet and how we can be a part of the movement from the safety of our own homes,

It’s on all of us to do our part to stop the harm to our environment, and some of the best and brightest who are leading #climateaction are young women and girls. #EarthDay https://t.co/z875DMdhVs pic.twitter.com/xOmp7VfeY3

What is the origin of World Earth Day?

The concept of World Earth Day comes from Senator Gaylord Nelson, who witnessed severe damage in Santa Barbara, California, in 1969. Due to the blow-out of 80,000 to 100,000 barrels (13,000 to 16,000m3), thousands of species, including seabirds, dolphins, sea lions, etc., died. As an outcome, environmental activists gathered to create environmental regulation.

NASA will also be celebrating Earth Day tomorrow. The tweet said Earth Day is about connections – to our home planet and each other.

#EarthDay is about connections — to our home planet and to each other.

🐝 Download and share our #NASAScience poster & virtual backgrounds (in English and Spanish), and look closely to spot details hidden in this nature scene: https://t.co/7wlR2CLRZD pic.twitter.com/FD7oHGMzF2

The world's oceans are in crisis. Including women in leadership can help protect and rebuild communities affected by climate change. #EarthDay pic.twitter.com/oNbHJHfZvH

Witness What It Takes to Move an Elephant Across Countries with ‘Cher & the Loneliest Elephant’ this Earth Day! Read the full story here:

Nobody could have done it better than Goddess of Pop, Cher, who, because of her network and her organization “Free the Wild,” was able to execute the moving of a four-tonne malnourished mammal 2,300 miles across Asia during a pandemic. The documentary that will stream on Paramount+ follows Cher as she traversed legal hurdles and the exceptional difficulties to free Kaavan.

The extraordinary tale is all set to release on Earth Day on 22nd April.

5 Health Benefits of Fasting in Ramadan Backed by Science