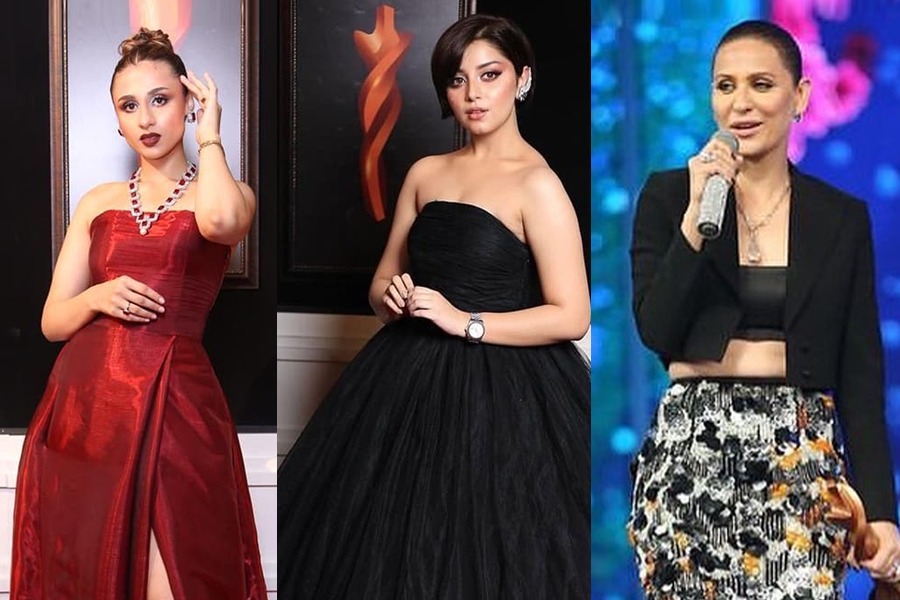 Just like every year, HUM style awards red carpet looks are making headlines. Sadly, this time around, there is a lot of misses than hits.

Overall, there was a blend of both eastern and western wear. However, the latter seems to have caught the public’s attention the most. While some gave their creative criticism over the dresses celebs wore, others whole-heartedly complained about showing more skin.

Seemi Raheel took it to her Instagram and said for a Pakistani style award; this certainly looked like a western fashion show. She questioned: Do we, as Pakistanis, have no cultural identity left? Actors Bilal Qureshi and Faizan Sheikh also complained about actresses opting for revealing clothes. Both pointed out how these women are talented and beautiful and would do great in a simple yet classy outfit.

Model Fahmeen Ansari’s dress lacked taste and was Atypical. Other than that, the model’s dress was heavily criticized for being the most revealing, putting her abs on display. Hailey Bieber wore a very similar style while she was on her vacation.

Sonya Hussyn’s Neon suit was admirable only to the extent of a photoshoot that was earlier revealed. At the event, we witnessed her neon suit – now buttoned – truly an ill fit. Designed my MAHGUL, the look had potential but was clearly a wasted opportunity.

Ali Xeeshan’s ‘King of the Hill’ suit was a miss. Even though he is popular for his unusual looks, it was a major miss this time around, especially with a polka dot bathrobe with a neon green neck paired with gold details.

Even though the colour of Amar Khan’s dress is beautiful, the cut is not one bit flattering on her body. The sleeves with the tight fit don’t work out altogether.

Another ill-fitted number from last night. Alizeh Shah’s black dress had a lot of potential, and who goes wrong with black? However, the dress just wasn’t up to the mark. The dresses’ body didn’t compliment Shah’s.

An off-shoulder gown with a ponytail didn’t look right for Baig. The event was formal, and her look was rather causal. Let’s say the jewellery may have saved some points here – however, overall, it is another miss.

Bushra Khan is Making Waves Around the World...