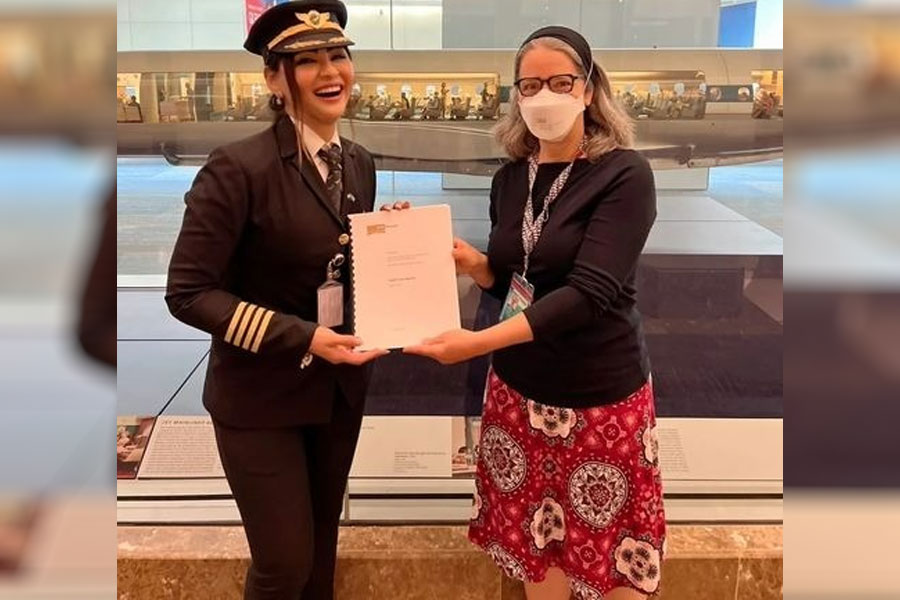 Captain Zoya Agarwal has created history by becoming the first female Indian pilot to be inducted into the US Aviation Museum.

Captain Agarwal is a senior AirIndia Boeing-777 pilot and the first Indian woman to fly an aircraft over the North Pole, making history with a record-breaking flight of 16,000 kilometres. She holds the record of commanding the longest flight from San Fransico to Bengaluru encompassing the North Pole, which is the world’s longest flight route of 17 hours.

Her accomplishment was recognized through the induction. Zoya Agarwal’s illustrious career in aviation and her passion for flying is empowering women worldwide.

Super excited to FINALLY share the first big news with all #MyFutureDreamers that on behalf of our country and our amazing flag carrier @airindia.in your Bharat Ki Beti is the pioneer Indian Woman Pilot in the Prestigious San Francisco Aviation Museum. So elated and grateful for having the honour to be featured in such a prestigious American museum. @sfomuseum SFO San Francisco Aviation Luis A Turpen Aviation museum.

So thankful to Ms Debbie Kahn and all the museum management to make time to honor me in their off time on the weekend, Grateful and humbled @sfomuseum for your love towards our country. Thank you so much @airindia.in for believing in me and being the guiding force throughout my journey. Thank you so much to all of #MyFutureDreamers for all your love and support each and every single day. This one is for each and every #BharatKiBeti out there.

8 years old Zoya would have never thought of living such a momentous day. If she could do it, you can do it too! Never stop believing in yourself and chasing your dreams,” she wrote on her social media sharing the happy news. – She wrote in her Instagram caption.

Captain Zoya Agarwal graduated from St. Stephen’s College, Delhi and has been associated with AirIndia since 2004. Asides from piloting the world’s longest flight, she is also the first female pilot to fly a Boeing 777 aircraft over the Hindu Kush Mountain range. In 2013, she became the youngest female commander to fly Air India’s Boeing 777.

On the other hand, Agarwal is a United Nations spokesperson for gender equality and has been encouraging countless women to help their aspirations take flight.

What are your thoughts on her accomplishments? Share them with us in the comments below.