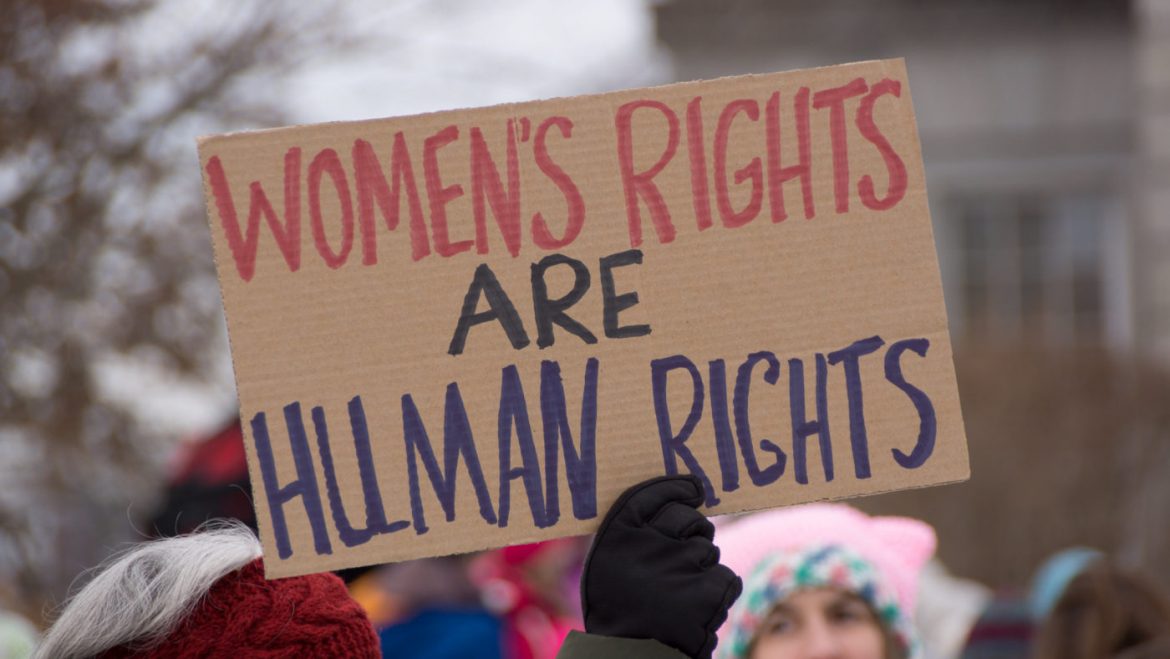 On Wednesday, Senate Standing Committee on Law and Justice rejected two constitution amendment bills. One of them was a bill rejected with a majority vote seeking to declare women’s inheritance a fundamental right.

The bill was moved by Pakistan Muslim League-Nawaz (PML-N) Senator Saadia Abbasi. It seemed to include the rights of inheritance for women as the fundamental right under the Constitution. However, the committee members were found divided in their opinion while discussing the bill.

As reported, Ms Abbasi proposed the insertion of a new Article 24A in the Constitution. She also proposed an amendment that read, “no woman shall be deprived of her share from the inheritance in Pakistan”. According to Islam, Ms Abbasi further added that well-defined shares for male and female descendants of a deceased person are prescribed the whole arguing in favour of the bill, said the official handout issued by the Senate Secretariat.

She made a point that, as per Islamic law, women are entitled to inherit immovable and movable properties. However, the practice had been to deny women their share in inheritance. She said that in our country, the unjustified practice had become a standard/pattern.

She said, “the purpose of her bill was to acknowledge, declare and assert the right of women in inheritance as a fundamental right in consonance with principles of Islam.”

If the bill were approved, women in Pakistan would have been able to directly approach the Supreme Court on inheritance matters.

Oscar-winning filmmaker Sharmeen Obaid Chinoy commented on the matter on Instagram. She said, “We are Muslims when it comes to TLP and terrorists, but when it comes to women and their rights, we are…” 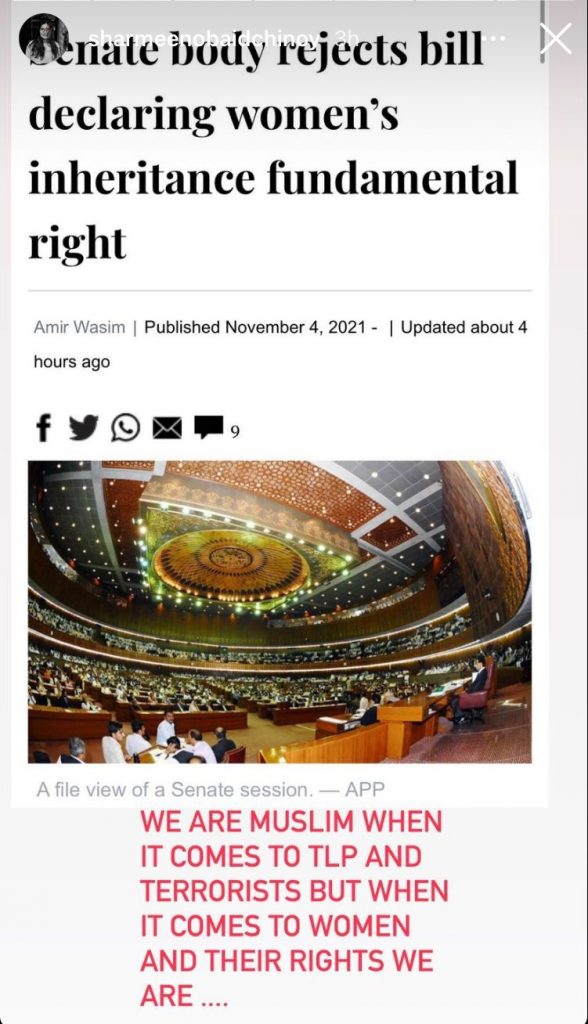 Feminist sociologist Nida Kirmani said on Twitter, “While women legally have the right to inheritance, it is often not granted. This amendment would have helped strengthen their claims, but of course, it was rejected.”

While women legally have the right to inheritance, it is often not granted. This amendment would have helped strengthen their claims, but of course it was rejected. 😞 https://t.co/ZmryhjNBYH

Azam Swati, who is the Railways Minister, said that relevant laws already existed. In his opinion, there is no need for listing the matter of inheritance as a fundamental right.

Looking for an ounce of care, decency, or even an understanding of the rights needed to be enshrined as fundamental in the constitution by those who rejected the bill.

International women day is being celebrated worldwide, where countries acknowledge great efforts made by their women in different fields despite them facing diverse challenges such as pay gap, gender bias, stereotypes, and norms. These women have not just carved a benchmark for themselves but also set a bar for other women around them to follow.