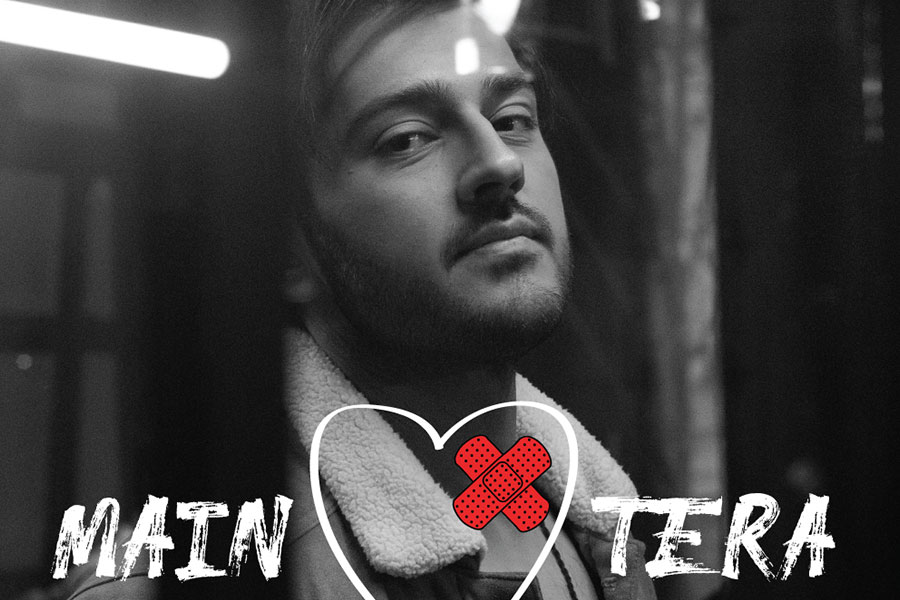 Giving the music industry and a curious fan base something to look forward to, Azaan Sami Khan has announced the release of his debut solo album. The Superstar music composer who’s barely seen on social media unveiled the album cover on his Instagram, along with an exciting tracklist. Titled Main Tera, the album is Khan’s way of branching into something far more intimate than just producing music for chart-topping movies of recent times.

The first single from the album, which is also titled Main Tera, is all set to release on February 10th, 2021. Interestingly, we’ll see Azaan Sami Khan taking over the vocals and song-writing units for the very first time through this album. “I wanted it to be extremely personal. It’s almost biographical in some ways. I have delved into the first time I fell in love with somebody, the first crush, the first heartbreak, you’d basically witness a lot of firsts in this as it’s my first album,” he explained. 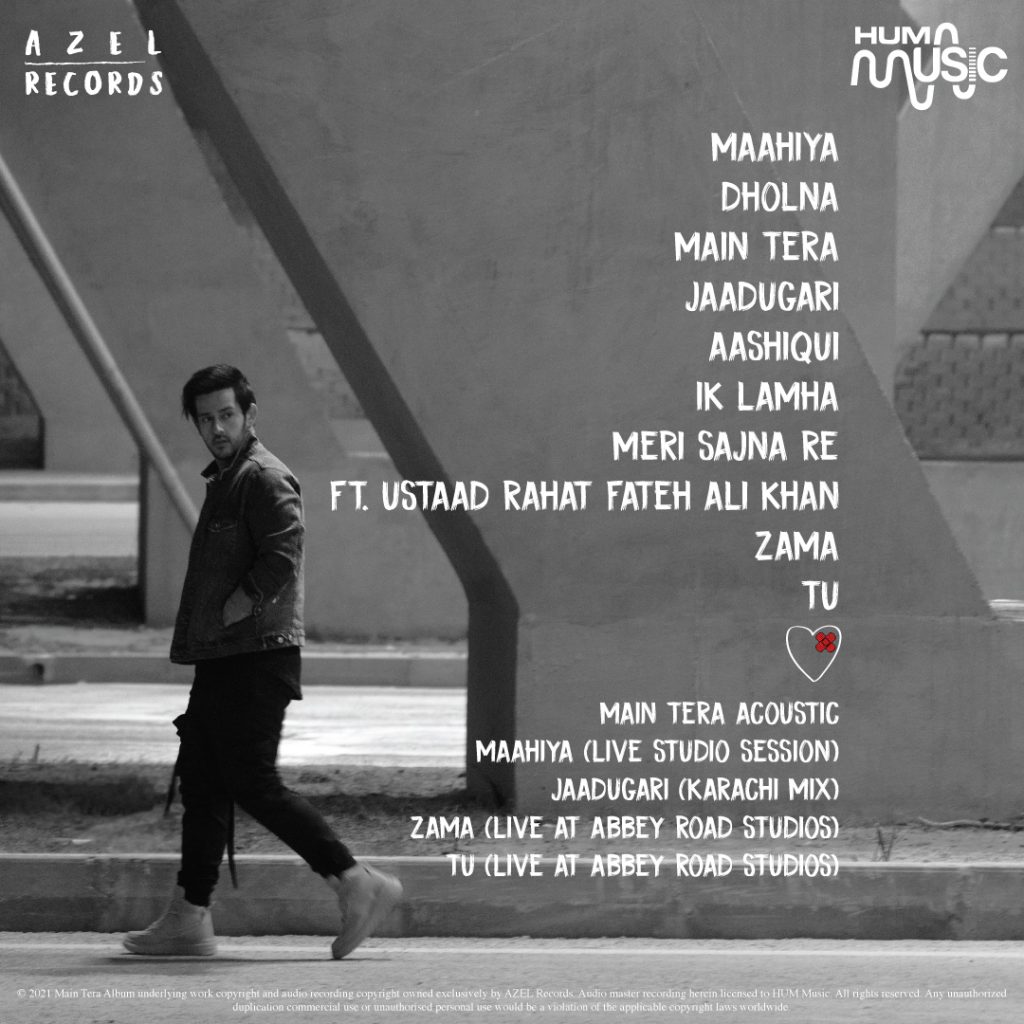 Moreover, the 9-song tracklist also reveals a collaboration with the legendary maestro Ustaad Rahat Fateh Ali Khan for starters. The full tracklist includes songs titled Maahiya, Dholna, Mein Tera, Jaadugari, Aashiqui, Ik Lamha, Meri Sajna Re feat. Ustaad Rahat Fateh Ali Khan, Zama, and Tu. Along with a Bonus side revealing versions of the songs performed at the legendary Abbey Road Studios in London and something interesting to see, a “Karachi Mix” of the song Jaadugari.

With years of musical history and influences to condense, Azaan Sami Khan aims to provide the best possible experience to his fans. “For me, the fans and the listeners are the most important. So far, they have given me so much love for my compositions in films, so it is equally important for them to know that I haven’t compromised anything when it came to sharing my own album with them. The idea is to give them the absolute best experience that I can,” he said.

The album announcement completes what has been a remarkable period for Azaan Sami Khan, who gave us hits after hits in critically and commercially acclaimed films like Parey Hut Love, Superstar, and Parwaaz Hai Junoon. The release date of the album is yet to be announced, but we’re keeping our eyes peeled for what the single has in store for us.

The album will be released under the banner of HUM Music. An initiative established by HUM Network Limited to support and highlight the incredible music and diverse roster of creative musicians that Pakistan has to offer. The vision behind founding HUM Music is to help revive the lost culture of concerts, album launches, and the pop scene that our country was once known for. Debuting with the incredibly talented Azaan Sami Khan’s album ‘Main Tera’, HUM Music aims to revitalize the country’s music scene by bringing exclusive and experimental music to the audiences featuring the stalwarts of our country’s music scene along with young aspiring talent.

Lahore Declared the “City of Literature” by UNESCO

How to Make Thai Chilli Chicken Wings: Weekend on Wow