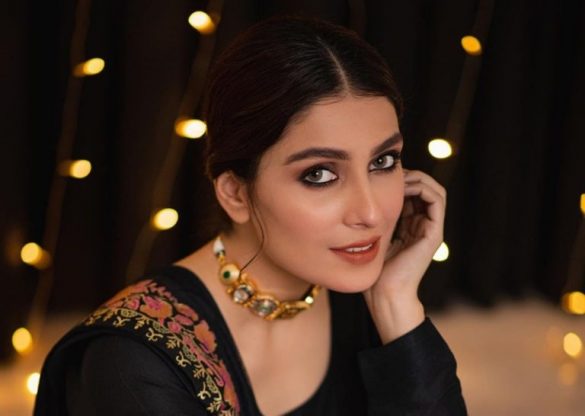 Pakistani actress Ayeza Khan becomes the first Pakistani celebrity to reach 8 million followers on Instagram. She is considered one of the most successful actresses in the industry. Khan is the winner of numerous accolades, including Lux Style Awards, Hum Awards, and Pakistan International Screen Awards.

Her drama serial ‘Meray Pass Tum Ho’ made headlines due to its controversial storyline written by Khalil ur Rehman. Other popular serials of Khan are Do Qadam Door Thay, Yaariyan, Mohabbat Tumse Nafrat Hai, Tum Kon Piya, and others.

While Ayeza is the first female actress to make it to the top of the list, Aiman Khan is the second most followed actress in Pakistan with 7.9M followers.

On the third position is Pakistan’s heartthrob Mahira Khan with a total of 7M views.

Mahira Khan and Aiman Khan made it to an inaugural 100 Digital Stars list 2020. The list highlights actors, singers, celebrities across Asia – Pacific region. These stars on the list are chosen based upon their social media presence, influence, and follower count on vast social media platforms, making them popular online just as they are famous on-screen. We think Ayeza Khan was missing on the list! Let’s hope she is followed this year!

Khan tied the knot in 2014 with actor Danish Taimoor after an 8-year relationship. Her latest advice on relationships made headlines across Pakistan. Have something to add? Let us know in the comment section below.

Effie Awards Jury Session 2021: Industry Leaders Talk About How the Pandemic Affected the Marketing Communication of Brands in Pakistan