Ashura 2022: Remembering the Brave Women of Karbala & Their Stories 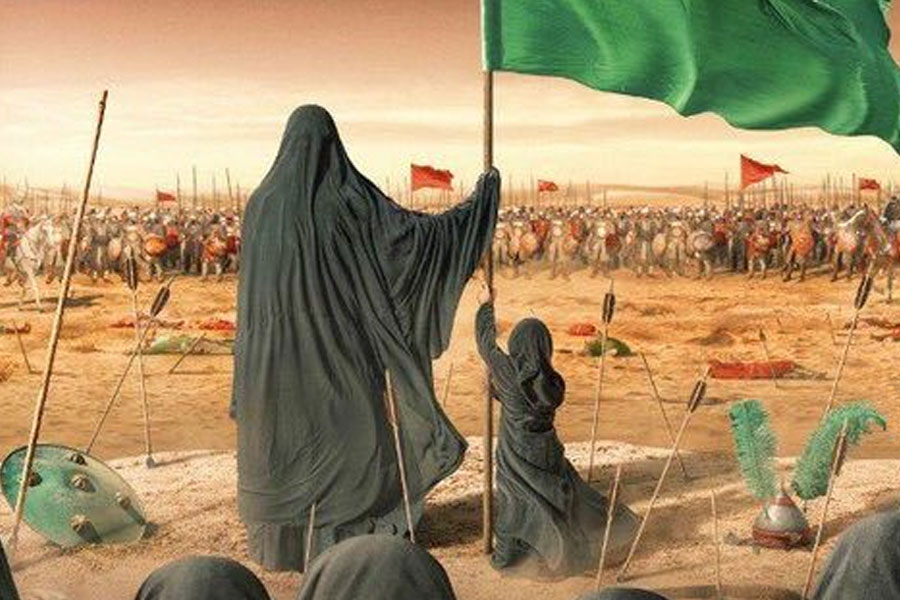 The brave women of Karbala have an immense role to play in our history. Their sacrifices cannot be summed up in mere words.

Our brave women of Islam have equally participated in war, such as Umm-i-Ammara, who took the attack of a sword on her arm and saved the life of the Prophet in the Battle of Uhud.

A most commendable woman, and the daughter of  the Holy Prophet (pbuh) and Hazrat Khadija , we have heard stories of her noble character while growing up. Hazrat Fatima Zehra was an inspiring woman who made sacrifices and raised her children in the best way possible. Her sons, Imam Hasan and Imam Hussain were equally loved.

Hazrat Fatima’s daughter, Hazrat Zainab was the elder sister of Hazrat Imam Hussain and Imam Hasan and played a pivotal role in the aftermath of the battle of Karbala. After the martyrdom of Husain and his colleagues, Imam Zainul Abidin and all women and children were arrested and taken to Damascus. Bibi Zainab addressed Muslims exposing Yazid and his evil actions and un-Islamic acts.

She started the tradition of organising gatherings to narrate the events of what happened on the day of Karbala for those to remember in the times to come. Hazrat Zainab set an example for the world to see that women are well capable and can take up weapons when the time comes without flinching.

Her young sons Aun and Muhammad were sacrificed in the battle but she stood steadfast through all trials and tribulations. Moreover, it was she who organized large gatherings to narrate the events that had unfolded in Karbala.

She was the younger sister of Imam Hussain and is widely known to have given a strong and highly moving eulogy condemning the people of Kufa for abandoning her brother who was martyred in battle.

Other women who selflessly made immense sacrifices include  Umme Farwah, wife of Imam Hassan (as) who was the elder brother of Imam Hussain (AS) she was the mother of Shah Qasim, the young martyr of Karbala.

Umme Rabab also faced the tragic events at Karbala very bravely and sacrificed. She was the mother of Ali Asghar and handed her 6-month-old son to Husain (AS) with the knowledge that he will not return.

Ummul Baneen was the mother of Abbas (AS), Hussain’s (AS) commander of chief and brother. He was raised by his mother with a single purpose in life – to live and die for his brother.

She was married to Hassan-e-Muthana, Imam Hassan’s son, to honour a promise she made to her father Hazrat Hussain made to his dying brother.

Sakina was just 4 years old when she kept running on the gruesome battlefield trying to find her father’s body after the family tents had been looted and set on fire.

She was Hazrat Hussain’s (AS) eldest daughter who was unable to travel with her family due to ill health and spent her remaining days waiting for their return at the caravan in Madina.

Umme Wahab was watching Abdullah from the families’ tents when he was fighting on the day of the battle at Karbala. She grabbed a stick to join her husband in the battle, however, Imam Hussain sent her back saying that “women aren’t supposed to fight the war.”

When Abdullah died, Umme Wahab went to her husband’s body on the battlefield, and wiping the dirt from his cheeks she said, “May paradise of Allah be pleasant for you! I ask Allah, who bestowed upon you Paradise, to make me your companion over there.” Just then, Shimr commanded his slave to hit Umme Wahab with a stick. The blow killed her, and she died at her husband’s side.

Janada, son of Ka’b, who had come with his wife Bibi Bahria and son Amr joined the Imam’s caravan. After Janada passed, Bahria sent Amr to help the Imam. From her tent, Bahria watched her son wage battle, and after Amr was martyred, Bahria herself went towards the enemy with an iron club.

Such was her loyalty towards the Imam, she wanted to fight herself. In this instance also, Imam Hussain told her to go back, and she obeyed him and returned to the tents.

Bibi Dulham was married to Zuhayr son of Qayn, who was on the enemy’s side during the journey to Karbala. Upon her influence, her husband declared that he was going to remain in the Imam’s company and sacrifice his life to him. When she bid her husband farewell, weeping, Dulham said, “May Allah be your helper and protector, bestow upon you good in this journey, and don’t forget to mention about this, my self-sacrifice, to Imam’s Grandfather [the Prophet] on the Day of Judgment.” Her weeping as her husband left was not an impediment to her sacrifice – it was a part of it.

No storm was strong enough, nor no mountain high enough to stop these women from helping their better halves and the Imam. The women of Karbala are and will forever be crucial in spreading the word of Allah through Islam, such as the women before such as Hazrat Khadija , Bibi Hamika, or Bibi Masooma.