Sunday, June 26 2022
Top Posts
3 DIY Hotpot Recipes You Can Make at...
5 Tips to Keep Your Hair Sweat-Free During...
Fawad Khan to Make Debut in Ms Marvel...
“Women Can Accomplish Anything They Set Their Mind...
TikTok Releases First Album of Viral Hits
Mehwish Hayat Makes Her Debut as a Djinn...
‘Girls are No Less Than Boys’ Says Pakistani...
Punjab Government to Provide Scooties to All Female...
Is Akshay Kumar’s Upcoming Film ‘Raksha Bandhan’ a...
On This World Music Day, Spotify Celebrates K-Pop...
CultureFeaturedTrailblazer 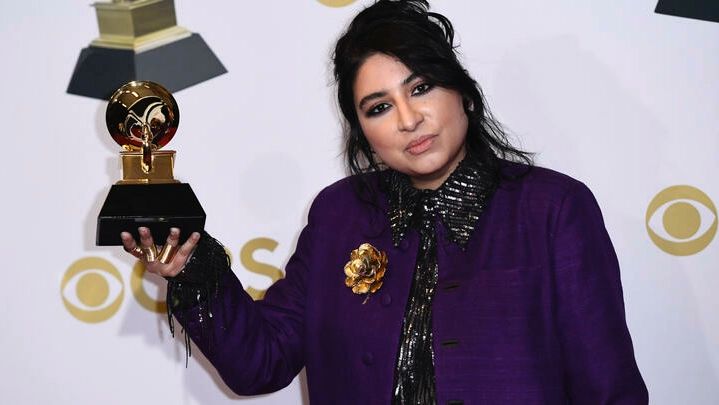 Aftab has scored her first Grammy for the ‘Best Global Performance’ category. She was nominated for her song Mohabbat, which also made it to the 44th president of the United States, Barak Obama’s summer playlist in July of 2021.

She’s also up for the coveted Best New Artist prize, described as a “category that recognizes an artist whose release achieved a breakthrough into the public consciousness and notably impacted the musical landscape” – which will be presented during the main Grammy telecast on Sunday.

Aftab told the journalists backstage at the pre-gala ceremony, “I am beyond thrilled, It feels great. I’ve been very nervous all day. And we’re off to a good start.”

The 37-year-old is steadily achieving international recognition for her soulful work, combining ancient Sufi traditions with inflexions of folk, jazz and minimalism. Aftab was born in Saudi Arabia and grew up in Pakistan. She moved to New York after graduating from the Berklee College of Music in Boston, where she lived for 15 years.

In 2021, Arooj released Vulture Prince, her album, which has earned quite a reputation among people ever since it first came out. She is known to bring forward Rumi and Mirza Ghalib’s poetry together with electronic samples and jazz.
She was awarded by the Latin Academy of Recording Arts and Sciences for her additional vocals in Antes Que El Mundo Se Acabe (Residente).

Pakistani musician, Arooj Aftab, also nominated for a Grammy award, has been featured on a billboard in New York City’s Time Square. Aftab is EQUAL Pakistan Ambassador of the Month. Spotify Pakistan updated their official Instagram with an image of Arooj’s face up on a billboard in Times Square. The caption says, “This is a 𝙨𝙞𝙜𝙣 – @AroojAftabMusic has entered New York Times Square. Congratulations to #EQUALPakistan’s artist of the month.”