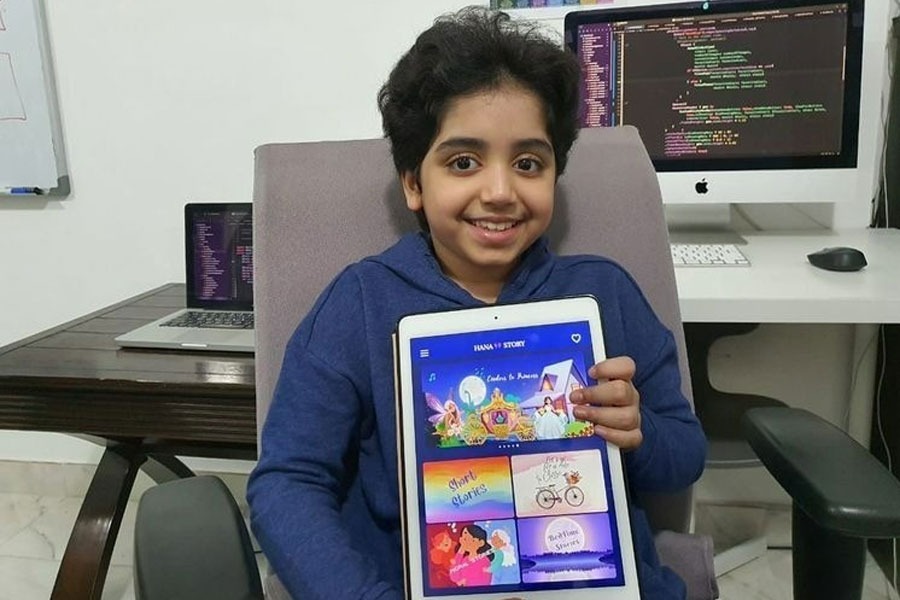 Hana is one of the world’s youngest Apple iOS Developers – possibly the youngest of them all. At the mere age of 8, she created and published an application on the App Store.

The little one first started to learn coding at the age of 5. She has written 10,000 lines of coding almost avoiding third-party ready-made codes, classes, or libraries for the app.

She reached out to Tim Cook via email, as per Gulf News, and shared her achievements with him.

The reason for this writing is for my parents to say I did something extraordinary and let the Apple leader know how passionate [I am] in technology, especially Apple. Just to make the world aware that coding is not that impossible, instead, it is an essential subject to include in the early stages of child education, [with] the same priority as human communication language.

The future is all about communication, not only between humans but also with the machines, animals, cells, microbes, and planets. So, the digital opportunities are never-ending, they’ve just begun.

If you feel my stories and thoughts are worth your time, please revert back, or else just ignore them. I really understand the value of time,

The next morning Tim Cook replied to her email and congratulated her on her achievements.

“Hana, Congratulations on all of your impressive achievements at such a young age! Keep at it and you will do amazing things in the future. Best, Tim,” read his reply.

The person behind Hana’s success is her older sister Leena Fathima who herself is a coder and is 10 years old. Both sisters were home-schooled by their parents, especially the past 4 years.

The girls shared with Gulf News that their father who is a project management consultant, was busy coming up with an edutech company and asked their mother Fathimath Thahira to learn coding to help him with his startup.

“While my mama was learning to code, I popped my head into the screen. I started coding at the age of five and I developed a website at the age of 6 when I was familiar with HTML and CSS. The website’s name is lehanas.” They said.

“We don’t have any subscriptions to any tutorials. But we used to refer to the internet for documentation and videos. And we have our own knowledge-gaining process set by our parents,” added Hana.

We wish these young ladies all the best for their future endeavours as we root for them.