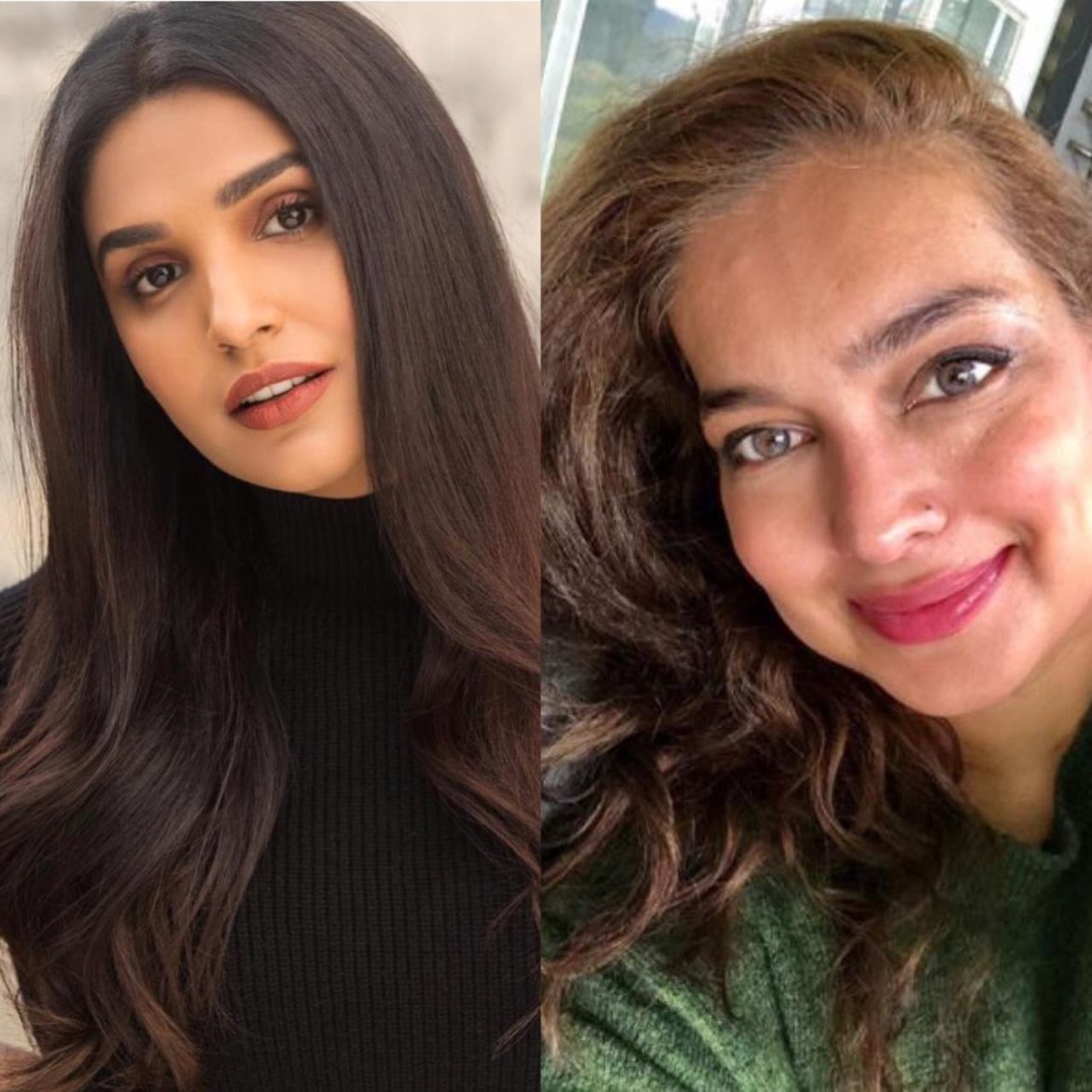 Model turned actor Amna Ilyas has recently been very vocal about issue such as colorism and body shaming, and has confidently defied social norms. She blatantly called out local celebrities for endorsing fairness and beauty creams and even took a jibe at Ayeza Khan for endorsing Faiza Beauty cream, by creating a parody video of her own.

However, it’s difficult to tell whether it’s all genuine or a way to gain publicity and stay in the limelight. It is apparently considered “cool’ to speak on social issues now, especially after the whole Glow & lovely debacle following the Black Lives Movement.

She revealed how she herself has been discriminated by the showbiz world because of her skin color but continues to promote how comfortable she is in her own skin.

However, a video clip from HSY’s 2018 show resurfaced on the internet recently and has gone viral, proves quite contrary to her current stance. In the clip she is blatantly fat shaming former model Amna Haq in a rather snide manner. While playing a game on Tonite with HSY, Amna Ilyas and Sadaf Kanwal described former model Aaminah Haq as ‘fat’- Amna Illyas’s rude bodily gesture, and then Ilyas and Kanwal high-fiving each other shook HSY too and took the audiences by surprise.

The same episode made headlines in the past for Sadaf’s problematic stance on the #MeToo movement.

After receiving backlash for the remark, Ilyas released another, rather sarcastic video on the issue. The Baaji star took to Instagram and shared a video where she is seen in her PJs, yelling for a paratha.

The claim that I called someone fat two years ago is not true. TV, media, bloggers – kindly ignore them all. I will tell you the truth.

Rather than apologizing humbly, the actress went on narrating all the past instances of her childhood, revealing how she has judged her teachers, friends, family members, based on looks, skin color, bodily disabilities etc.

She started off by sharing how she had a differently abled cook, and she referred to him as ‘Loola Nomi” – she was only 6 years of age at that time. She thought her cousin’s daughter had a flat nose and so she didn’t pick her up for 2 years. She had a teacher who stammered and she made fun of his accent- she was 15 then. At one point, she told her maid ‘k daant lagwalo’. She had a guy friend whom ignored most of the times, because he was too short, she said ‘tu itna tidda hai, nazar hi nahi aata’.  Her sister had a friend who had a dark complexion and she said ‘ woh dekho, din main raat arahi hai’.

She was trying to imply how she has made fun of several people in the past, at different stages of her life, but that was a version of herself that is in the past. She is a different person now who is learning, and growing and trying to better herself. Was this her way of apologising? Makes us wonder.

After the clip started circulating on social media, the former supermodel Amna Haq, now 45, and rather active on Instagram, wrote the following:

No one enters this world knowing all the ethics, so please don’t tell me you all never said these things. But you still wouldn’t give another person a second chance, she continued.

She went on to say, in a rather out of the box manner, that she isn’t the same person anymrore. That even if she has led an ignorant life, she is trying to better herself and change who she is. Her past does not define her because that person wasn’t who she is now.

What hypocrisy? What are you talking about? 🤷🏽‍♀️

No one enters this world knowing all the ethics, so please don’t tell me you all never said these things. But you still wouldn’t give another person a second chance, she continued.

She said something wrong in the 90s so how can she preach something right today? How dare her!

She then went on to say:

Aaminah Haq, I cannot change what I did. I cannot undo the pain I might have caused you – but I try to be a better me every day. And for all you guys, for the last time, I am not her.

45. The journey to hitting 45 yesterday, has taken a fair share of soul searching during the past year. I think this year I truly began to appreciate how fragile and wonderful life is. That being “happy” is a deeply personal and sometimes difficult choice you have to make every single day. I believe in celebrating birthdays, special moments, personal victories, the people you love and the things that give you unadulterated joy. Every moment counts and should be treasured. This picture was taken during one of those rare picture perfect days , when the happiness and peace you feel inside helps you get through those not so perfect days! Sending my friends, family and fans a big hug. Thank you for always being there for me and helping me get here. Xxx

No matter what her intentions, the hate clearly doubled and her fans and foes alike, wanted her to apologize like a normal person; her video made her look ‘arrogant’ and seemed like wasn’t ashamed of her past.

Have something to add to this story? Share your comments below.

Ear Piercing Trends In 2020 That Are Here To Stay