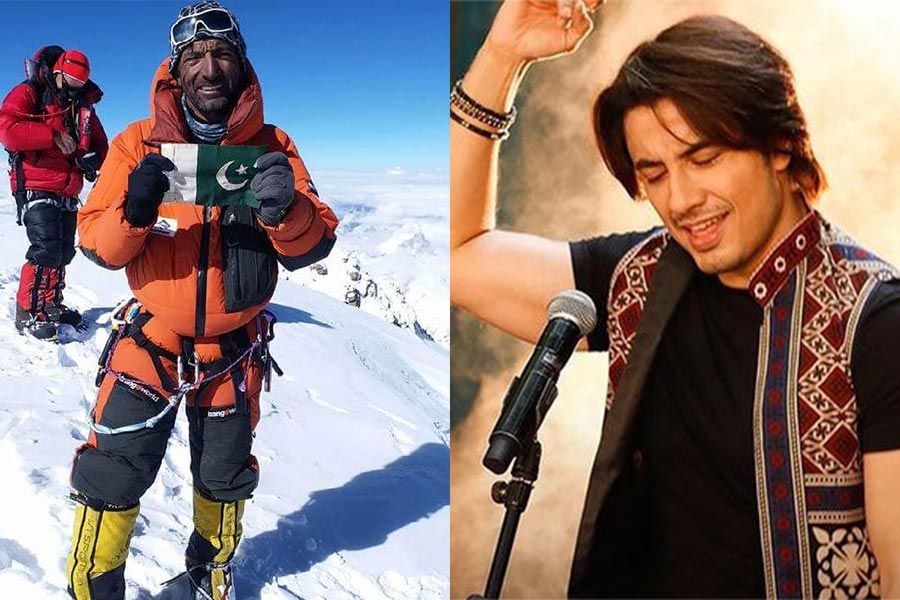 Popstar, Ali Zafar released a tribute to the celebrated Pakistani mountaineer, Muhammad Ali Sadpara who lost communication with his camp alongside two other mountaineers on February 5 on their expedition while trying to climb K2, the world’s second highest mountain peak at 8611m. Pakistani mountaineer Muhammad Ali Sadpara and two other climbers from Iceland and Chile had been reported missing since. Multiple missions were carried out by the Pak Army, but resulted in utter disappointment as they have had no success in locating Ali Sadpara and his companions. The mission was expedited further where Army helicopters flew as high as 7,000 meters.

The YouTube caption underneath the video said, “No nation can thrive without recognising and celebrating their heroes. Ali Sadpara was one such unsung hero who dedicated his entire life and risked it to accomplish unprecedented feats for his country. This is the least I could do: sing for an unsung hero so that he is etched into our memories for as long as there is music.”

Beautiful.
Apprechiate that you mentioned originally Sung by Kamal Mahsud .
It would be nice if you pay tribute to the singer as well as He is also no more with us.
He was a legenday Folk singer from South Waziristan, Known for his Attan Songs

He was a poor guy. With all this mountaineering climbing knowledge, he used to act like a guide. Nobody supported him financially for all his work and titles uptill now. What a tragedy.

I hope his son gets the value his father never got!

Outclass🔥 @AliZafarsays
Ali Bhai, your painful voice has made me cry 💔
Impatiently waiting for a miracle to happen and hoping to see Ali sadpara back with his family.Our thoughts and prayers are with Ali Sadpara.Come on Ali, your family and the whole nation awaits your return💔

He is never going to come back; RIP #AliSadpara

@AliZafarsays what a wonderful tribute to #Ali_sadpara, that is the thing which we want from you.
You are the real star and that's why we love more. 😍
And again thnx for the tribute for honorable person /Pride of Nation#Ali_sadpara 💫😇

Who was Muhammad Ali Sadpara?

Renowned mountain climber from Sadpara Village, Skardu born in 1976, Muhammad Ali Sadpara is the only Pakistani to have climbed eight of the world’s 14 highest mountains. He made the first-ever winter ascent of the world’s ninth highest peak, Nanga Parbat. In his career, he climbed four eight-thousanders in a calendar year. He has a distinction of raising the Pakistan flag on eight high-altitude peaks.

For more news and updates, watch this space.

IBA Announces Free-of-Cost Education for Their Faculty, Staff, & Their Dependants