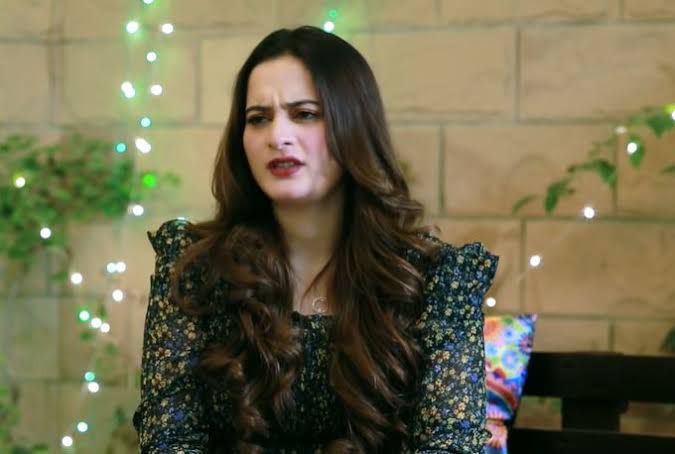 Pakistani actress, Aiman Khan has been part of the many controversial headlines after the actress sat down for an interview with Voice Over Man aka Wajahat Rauf.

On the show, Wajahat Rauf asked Aiman a plethora of questions concerning other celebrities in the industry, during several segments of the show.

Khan answered many of those questions, which then turned into headlines. One of the question asked by him regarding a celebrity was “Should Ahsan Khan dance less?” to which Aiman looked at the camera and replied, “Ahsan Khan logo ki controversies na nikala karain”.

In the same manner, when Aiman was questioned what she would suggest popular TikToker Jannat Mirza, she replied, “Jannat makeup kum kiya karo”. Jannat later on took a jibe at the star on her platform with the caption, “When someone w alot of makeup and surgeries on her face tells you not to put makeup”.

The star was also asked what she’d do if her husband was caught with someone else. She said she’ll kill him and the one he is caught with his own gun