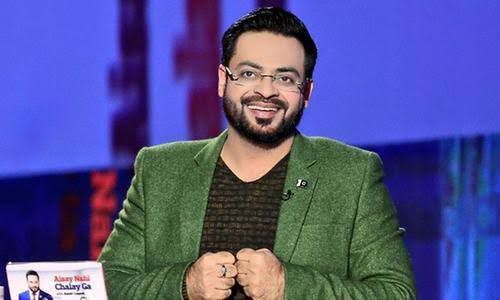 PTI leader and host Aamir Liaquat has once again made it to the headlines.

This time around, he has targeted modern, independent women in his latest tweet on the micro-blogging site. He wrote in his tweet, “In one year, 100,000 women approached the courts for khula and more than ten thousand khula degrees were issued!”

In his personal opinion, “this creates a void, which is called remorse.”

Aamir, who tied the knot for the second time with Syeda Tuba Aamir in 2018 and later divorced his first wife Bushra Aamir, received significant backlash on the micro-blogging site for his tweet.

Even his daughter criticized his second marriage on social media in the form of a tweet that went viral. On occasion, Liaquat addressed the media and his fans in a video where he said, “No one came and ask me what happened or what the actual story was. How can you interfere in someone’s personal life? Who gave you the right. I don’t disclose my personal affairs publicly and I would like that to stay that way.”

A user wrote, “And we’ll listen to a cheater because…?”

“Your words are as empty as your soul.”

Your words are as empty as your soul https://t.co/0YdVdEvdWJ

Says the guy who cheated on his wife 🤦‍♂️ https://t.co/7n5qQHnX7Q

A Twitter user broke down Aamir’s tweet and stated that “the second paragraph is diagnostic evidence of our country’s problem.”

Second paragraph is actually diagnostic evidence of our country's problem.
1) over generalizations
2) only cautious about other's actions
3) self judgements
4) overly confident about the personal judgments https://t.co/NPDSdKspiB

Dr. Aamir Liaquat was in the news recently with rumors of his marriage to model and actor Haniya Khan circulating on social media. People assumed the worst of the scholar, convinced that he was married to the girl claiming to be his third wife on social media. She presented ample evidence in the form of screenshots of a chat from WhatsApp and pictures with Aamir Liaquat.