Sunday, June 26 2022
Top Posts
4 Antioxidants That Your Skin Needs if you...
5 Ways to Prevent Ovarian Cysts in Women
3 Lassi Recipes to Beat the Heat in...
3 DIY Hotpot Recipes You Can Make at...
5 Tips to Keep Your Hair Sweat-Free During...
Fawad Khan to Make Debut in Ms Marvel...
“Women Can Accomplish Anything They Set Their Mind...
TikTok Releases First Album of Viral Hits
Mehwish Hayat Makes Her Debut as a Djinn...
‘Girls are No Less Than Boys’ Says Pakistani...
CultureFeaturedSportsTrailblazer 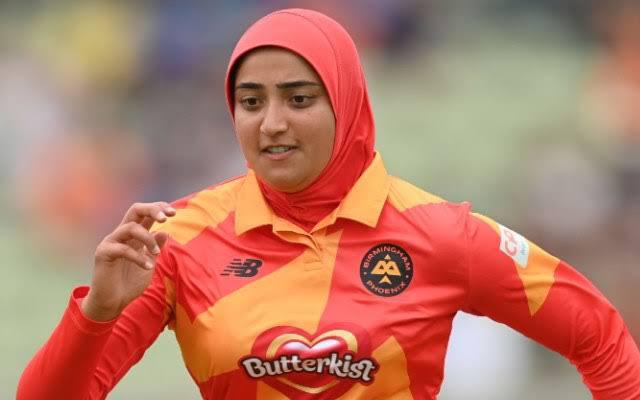 Maqsood wants young British Muslim girls to take up the challenge and play cricket professionally despite cultural or religious barriers.

Maqsood’s parents are from Lahore, Pakistan. However, she herself was born in Glasgow, Scotland, on June 11, 1999. She started playing cricket as a little girl with her brothers and father in the garden of her house. At age 11, Maqsood joined ‘Poloc,’ a local cricket club.

At age 12, she was selected to represent Scotland’s under-17 squad against Ireland in a T20 tournament shortly after joining Poloc. Currently, she is playing for Birmingham Phoenix. The 22-year-old cricketer is playing for the new short format 200-ball cricket tournament “The Hundred” in England. 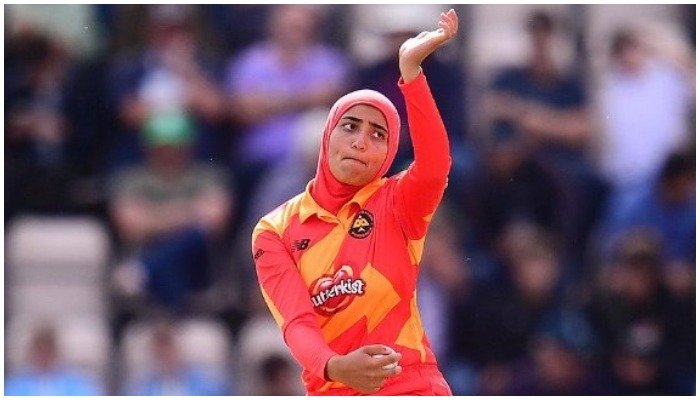 Local media house Geo. tv got a chance to speak to Abtaha at the Edgbaston Cricket Stadium in Birmingham. She revealed that her inspiration behind playing cricket is her partners and brothers. Unlike most desi families, Maqsood had her family’s support to pursue the sport as a profession. She said her father, in particular, was her top supporter.

She told Geo. tv correspondent, “My dad and my mom are both massive cricket lovers. But my dad, in particular, says all sports are important.”

The Choice to Wear Hijab

She said, “Wearing a hijab was my own choice. I went away to perform Umrah with my family when I was 11, and on our way back to the UK, I saw my mum started wearing hijab. So I asked her why was she wearing that, and then she told me [how it was a religious obligation], so I decided to wear one as well.”

She added, “It was really important for me at that time as it is now, and I’m going to keep wearing that”.  Maqssod has represented Scotland’s national team 17 times in international T20 matches and has claimed 23 wickets in her career at a grand average of 12.28 so far.

Nida Dar, a team member of Pakistan Women’s Cricket, has written history by becoming the first-ever Pakistani cricketer to take 100 T20I wickets. It is notable to mention that she is the fifth woman cricketer to accomplish the achievement globally.  Nida said that the title didn’t come easy to her. It took a lot of hard work and effort to work to achieve the milestone of 100 wickets.