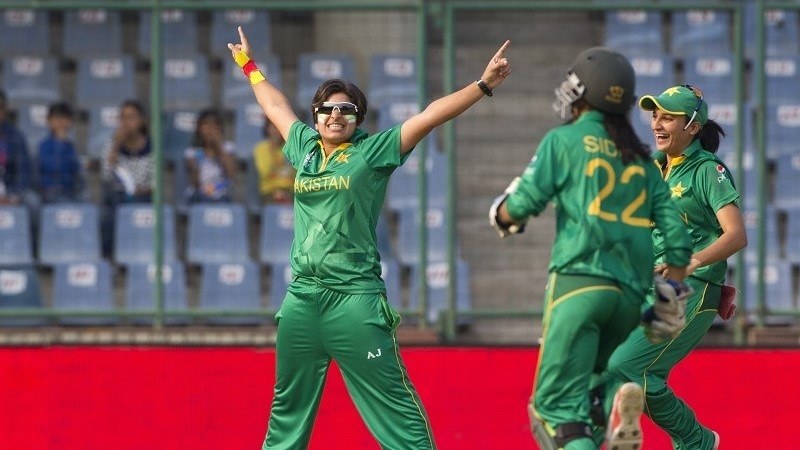 Nida Dar who is a team member of Pakistan Women’s Cricket has written history by becoming the first-ever Pakistani cricketer to take 100 T20I wickets.

It is notable to mention that she is the fifth woman cricketer to accomplish the achievement globally.  Nida said that the title didn’t come easy to her. It took a lot of hard work and effort into working to achieve the milestone of 100 wickets.

International Cricket Council (ICC) also took it to the micro-blogging site to congratulate Dar on her latest achievement, “In the T20I against West Indies, Nida Dar became the first Pakistan player to cross 100 wickets in the format.”

According to ICC, Nida Dar is also the sixth player of all time to get to 100 T20I wickets.

In the T20I against West Indies, Nida Dar became the first Pakistan player to cross 100 wickets in the format 👏

She is only the sixth cricketer overall to achieve this feat!#WIvPAK pic.twitter.com/midtH4MKxK

A few weeks ago, news of Nida Dar being targeted for her looks in an interview made headlines. Cricketer Abdul Razzaq passed on rude comments during an interview. He said Dae is “too hardened to look like a girl”. His comments heavily suggested that the cricketer looks more like a man than a woman.

Razzaq’s comments during the interview were shocking and caused quite a stir on social media, however, unfortunately, these are the kind of comments women athletes hear often.

Pakistan’s first wheelchair-bound table tennis champion Zainab Barkat has become an inspiration for many. At the age of one, she was crippled by polio. However, she decided she won’t let her disability define her – she became a Pakistani table tennis champion, but of course, on wheels.  According to a local website, she is honored to be the first woman tennis player in the wheelchair category.