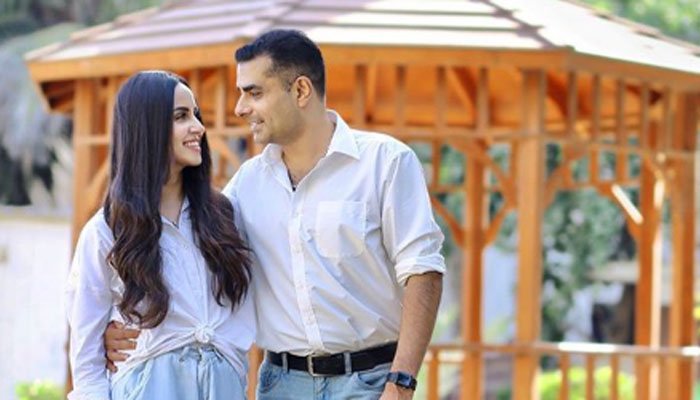 We all know how celebrities struggle to keep their personal lives out of the public’s eye for as long as they can but always fail to do so in this digital world. This is because their lives have become public, so much so that it is challenging to draw a line somewhere.

Often they are spotted in public, and their whereabouts instantly land on social media. Other times, they are asked deeply personal questions on Tv shows and are forced to speak over the matter and reveal details they wouldn’t ideally want to reveal to the public.

One such incident happened on Nauman Ijaz’s tv show where actress Nimra Khan was invited and asked some difficult questions regarding relationships and was given an example of her removing pictures of her ex-husband from social media.

Khan immediately stopped the person asking the question and refused to drag her ex-husband in the matter. Nauman Ijaz then rephrased the question for the actress and asked, “Do you think all personal matters should be put on display or exposed to the public?”

To which Nimra replied that they shouldn’t be on display at all. She then added that today, relationships are not working out only because we are not following our preferences but other people’s wishes.

Khan then pointed out that people have started selling their relationships on social media. She particularly feels that people are getting married to each other only on the basis of benefiting each other in terms of popularity. What’s happening between them at the back of the camera? Nobody really knows. She then concluded that when artists come on platforms and give negative answers, people are more driven towards them, so more controversy occurs.

When it comes to creating quality content, the Pakistani entertainment industry has been going through some positive changes. There are a number of excellent dramas that highlight serious, sensitive issues like sexual harassment, domestic violence, early marriages, rape, honour killing, and so on.