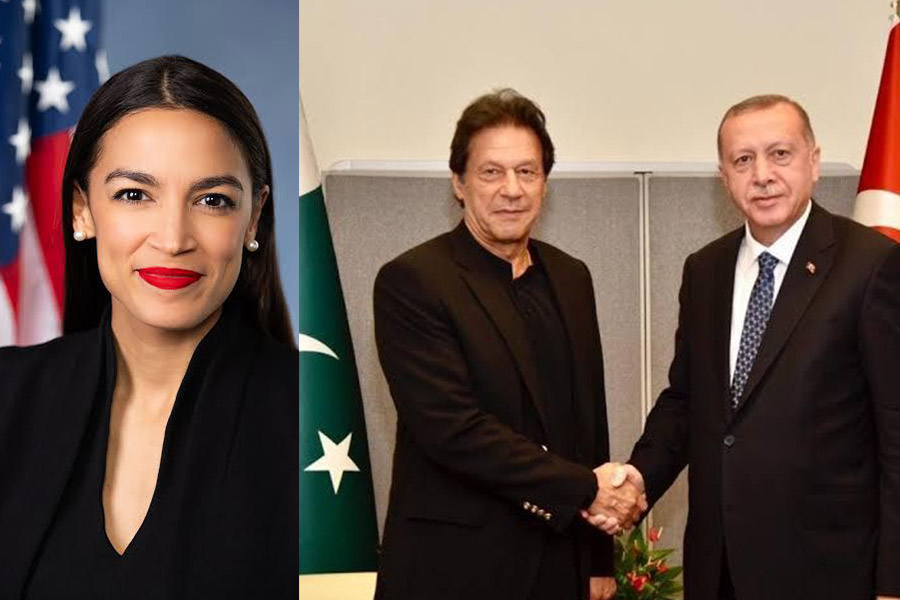 Israeli defence forces have been attacking Palestinian Muslims with full force for more than a week now. Social media is filled with clips and posts of Palestinian’s suffering at the hands of the Israelian army. People across the world have been raising their voice against the brutality of Israel taking place in Jerusalem.

So much, so that social media sites started censoring content related to Palestine and Israel. People who were sharing the news and posts daily in abundance also noticed the reach of their posts dropping significantly over the past few days. However, they kept going strong regardless of all odds, and finally, the power of their efforts and, of course, social media is visible now.

Following are 8 things that prove that your voice in support of Palestine is being heard on social media:

In a show of global solidarity, Pro-Palestinian activists shut down a factory operated by UAV Tactical Systems in the city of Leicester. One of the four activists, Ferhat Ulusu, who scaled the factory, said, “All the politicians, especially Boris Johnson, who is taking the Palestinian genocide lightly, are complicit.”

Other than the 4 activities, heaps of groups took part in the protest outside the factory on the ground. A message delivered to MEE said,  “Everyone who keeps silent is complicit. (Time) to shut Elbit down now. Enough is enough.”

Dockworkers from the Italian base union of USB operating at the port of Livorno in northern Tuscany found out that a load of shipment of arms was headed to Israel. The port workers refused to load the shipment as they didn’t want to become an accomplice in the massacre of the Palestinian people.

In a statement, the L’Unione Sindacale di Base (USB) said, “The port of Livorno will not be an accomplice in the massacre of the Palestinian people.”

In a first, the Kuwaiti government announces 10 years of jail time and a fine of 5,000 Dirham for people who support Israel in real life or on social media. The news was shared by Capital Markets Advisor, Investment Banker, and Entrepreneur Mir Mohammad Alikhan on the micro-blogging site. He said,  My Salute To Kuwaiti Government: Kuwait announces a law where anyone supporting Israel in real life or the social media from within Kuwait will be imprisoned for 10 years and a fine of KD 5000. ”

My Salute To Kuwaiti Government:

Kuwait announces a law where anyone supporting Israel in real life or the social media from within Kuwait will be imprisoned for 10 years and a fine of KD 5000.

As harsh it may sound PM @ImranKhanPTI you need to do this as well. pic.twitter.com/DwZkf3qMpm

The Prime Minister of Kuwaiti strongly affirmed Kuwait’s principles by setting this newly formed law. The country holds a position supporting Palestinian, and they have the right people to obtain their rights. The region holds a central historical and pivotal position in the Arab and Islamic worlds.

Prime Ministers of Pakistan and Turkey will come together and raise the issue of Palestine in the United Nations General Assembly (UNGA). Prime Minister of Pakistan Imran Khan has spoken with Turkish President Recep Tayyip Erdogan and Saudi King Salman bin Abdulaziz on this sensitive issue.

Foreign Minister of Pakistan Shah Mehmood Qureshi earlier said that both Pakistan and Turkey have come together and decided to move this issue to the United Nations with harmony among the Muslim Ummah. This urgent meeting of the UN General Assembly will be set to“stop the horrendous brutalities of Israeli army targeting Palestinians.”

Congresswoman Alexandra Ocasio-Cortez and a group of Democratic Party lawmakers led by her have introduced a bill to block the sale of precision-guided munitions to Israel. She said, in a tweet, “The United States should not be rubber-stamping weapons sales to the Israeli government as they deploy our resources to target international media outlets, schools, hospitals, humanitarian missions and civilian sites for the bombing. We have a responsibility to protect human rights.”

6 – Apple Employees Call for the Company to Support Palestinians

An internal letter has been circulating among Apple employees calling out chief executive officer Tim Coll to issue a statement that shows support to the Palestinian people. 1,000 people have signed the letter up till now.

The Muslim employees at Apple Muslim Association have specifically demanded to ask the company to recognize that “millions of Palestinian people currently suffer under an illegal occupation.”

A spokesperson for the Eqypt presidency said on Facebook, “Egypt will provide 500 million dollars for reconstruction in the Gaza Strip after recent events, with Egyptian companies to carry out the work.”

The shipment of medical aid being sent over to Palestine is worth 14 million Egyptian pounds (890,000 dollars), which includes 65 tons of surgical supplies, including oxygen cylinders, syringes, antibiotics, and ointment for burns, says the Egyptian Minister of Health Hala Zayed.

Besides the medical supplies, 26 trucks of food have also been sent to Palestinian territory. In addition, 50 ambulances were mobilised to transport the wounded.

8 – Google Employees call for the company to Support Palestinians

Google employees have also been circulating a letter just like Aolle singled by 250 employees currently demanding CEO Sundar Pichai to prepare a statement condemning the attack in Palestine by Israel, including “direct recognition of the harm done to Palestinians by the Israeli military and gang violence.”