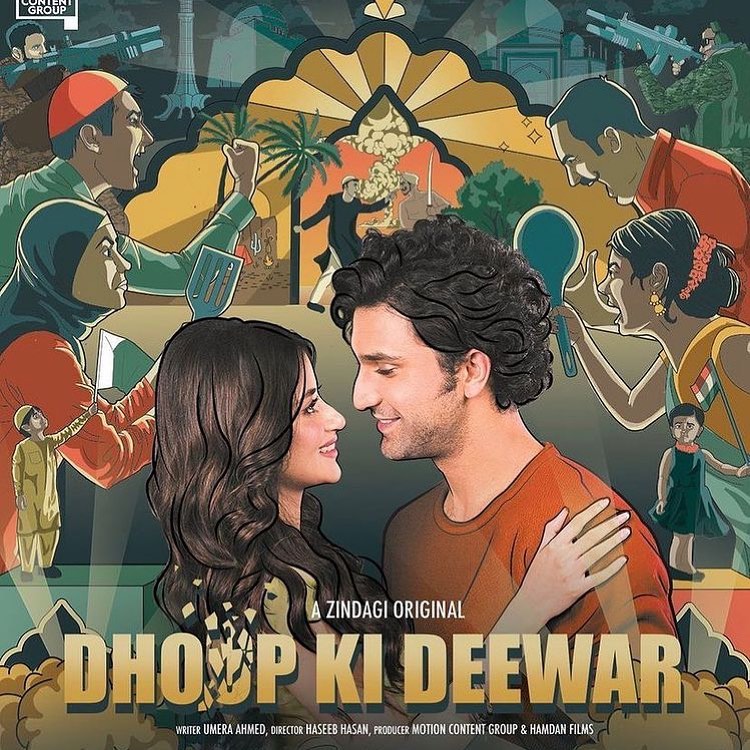 Sajal and Ahad, the Veer Zara of the new generation, have starred together in a web series for ZEE5, “Dhoop ki Deewar” which was set to release in March 2021. However, things got delayed, and now the show is back and all set to release in June. Fans are eagerly waiting for a teaser now!

There are plenty of factors that make this show highly anticipated, of which one is, of course, the heartthrob couple, Ahad and Sajal – who are a couple in real life too, and many more. Following are some facts as to why the show may as well be on everyone’s watch list this summer:

Umera Ahmed is one of the finest writers we have in the industry today. She knows her ways around words so the audience impulsively falls in love with her writing. Ahmed has written many novels that have turned into plays including Zindagi Gulzar Hay, Jhoot, Kankar, Bhaagi, etc.

2 – Beyond borders, religion, and societal biases

We love a good narrative, after all, certain Pakistani dramas are only famous globally due to the complexity of the subjects and real fresh narrative. Dhoop ki Diwaar by Umera Ahmed revolves around the topic of grief and war that transcends borders, religion, and societal biases.

Storytelling is an art – and who masters it better than Alif famed director Haseeb Hassan whose work in the Pakistani film and tv echoes beyond borders. “The sole essence of the show lies in the simplicity of its narrative. In the show a subject such as a cross border love story has been dealt with so differently and has an underlying message of peace, harmony and joy of life,” the director said in a statement.

The show will initially release on Zee5 in 2021. However, it may appear later on other OOT Platforms such as Netflix which will be easier for Pakistanis to access since Pakistanis still can’t pay for the monthly subscription for ZEE5.

Sajal Aly, Jemima Goldsmith, Shabana Azmi Spotted on the Sets of What’s Love Got To Do With It? Read the full story here:

Sajal Aly, Jemima Goldsmith, and Shabana Azmi have been spotted on the sets fo Jemima Goldsmith‘s upcoming romantic comedy ‘What’s Love Got To With It?’. Jemima and Sajal both took it to their Instagram to update fans with a sneak peek of the duo’s onset.  The former wife of PM also posted a picture with Indian actress, Shabana Azmi on her insta stories later.