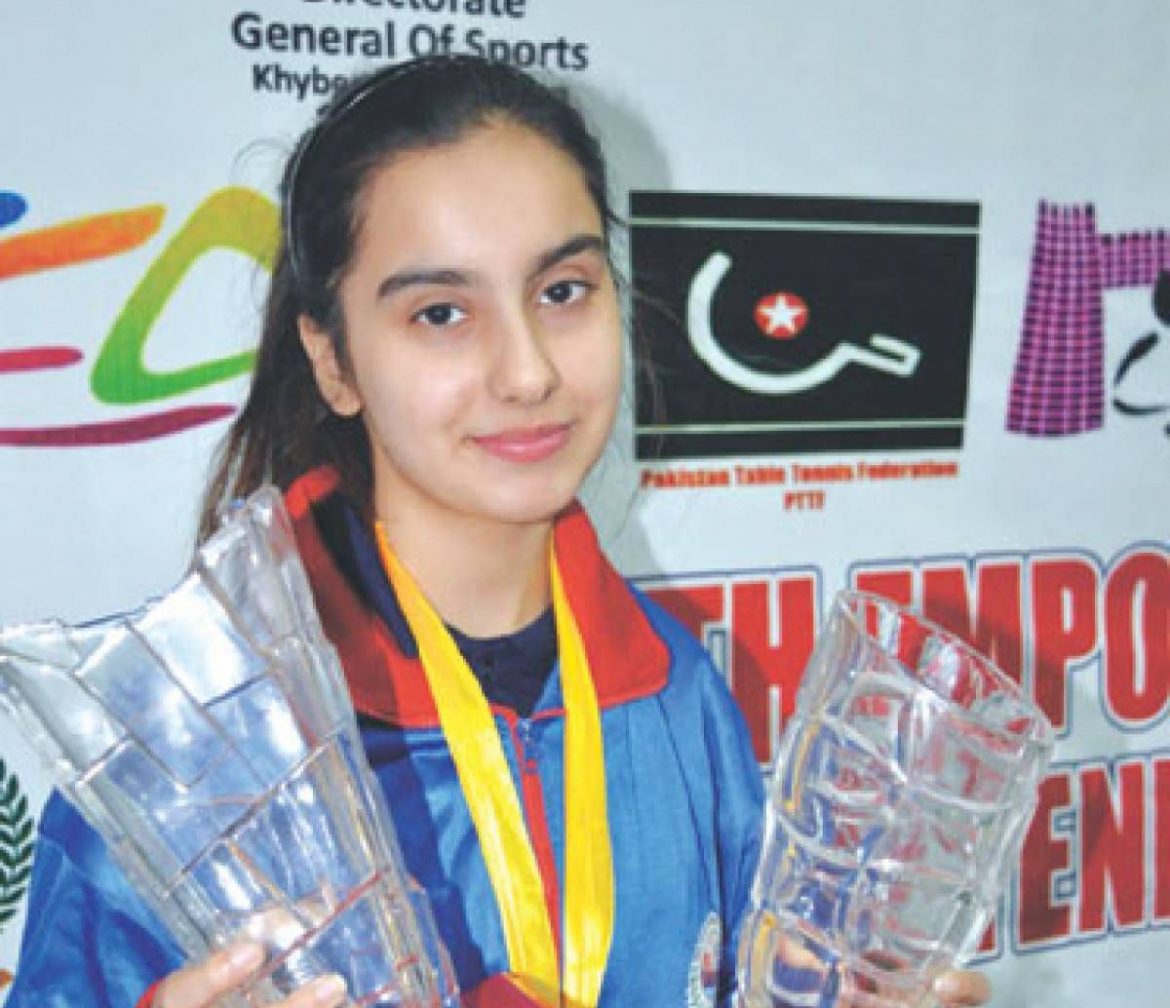 The results came in after the National Master Cup Table Tennis Tournament 2021 wrapped up at Olympian Lala Rafique Sports Arena, Qayyum Sports Complex, Peshawar, in abundant enthusiasm. Khan has previously earned the title of national junior champion and won a bronze medal at the 13th South Asian Games. She was home with 11-13, 14-12, 9-11, 13-11, 15-13, 11-9, 17-15.

Great recognition for Pakistan as news of more women participating in national and international sports all across Pakistan has been coming in frequently. Other than Perniya Zaman Khan, Shah Khan, another promising player from Pakistan WAPDA, effortlessly crushed the current national champion and top-seeded of the Master Cup Faizan Zahoor of Pakistan Army by 4-0, the score was 11-9, 13-11, 15-13 and 11-9.

In the reverse singles between two brothers, Fahad Khawjah beat Ummam Khawjah, who is his younger brother, by 3-0; the score was 13-11, 13-11 and 11-9. Therefore, Pakistan Wapda won the Boys Team event final by 3-1.

First Pakistani female cyclists Asma Jan and Kanza Malik head to Belgium to participate in ‘The World Road Cycling Championship’. They will be joined by two male members of the team Ali Ilyas and Khalil Amjad. Asma took it to her Instagram to update us on their exciting journey.